Archeologists Have Located a Possible Mass Grave Associated With The 1921 Tulsa Race Riots. Here's What To Know

Archeologists in Tulsa, Okla., have identified what might be a mass grave of people killed during the 1921 Tulsa Race Riot, a massacre that occurred in a thriving black neighborhood, killing an estimated 300 people and leaving nearly 10,000 homeless.

The Oklahoma Archeological Survey announced Monday that it used three different types of technology to locate what may be the burial site in what is now also a cemetery. Officials will now have to decide the next steps and whether to excavate the grounds.

“It’s exciting and sobering at the same time because of what it is,” says Scott Hammerstedt, a senior researcher at Oklahoma Archeological Survey of the University of Oklahoma who helped lead the fieldwork. “It was a big relief to find something, to know that there’s something there and there’s something we can bring forward to the community. It can be a step forward to getting some closure.”

On June 1, 1921, the Greenwood District of Tulsa experienced the deadliest act of racial violence in U.S. history. The scene was famously recreated in the series opening of the “Watchmen” HBO series released this year.

A 2001 report published after a state investigation determined the likelihood of mass graves to bury those who were killed and it narrowed down three locations where the bodies could be located.

In 2018, Tulsa mayor G.T. Bynum announced that the city would begin an investigation to learn what happened to the bodies. The investigation led to the formation of the 1921 Race Massacre Graves Investigation Public Oversight Committee that includes descendants of massacre survivors.

“We have always believed that mass grave sites existed and we are pleased that the investigation has been reopened,” says Mechelle Brown, program coordinator at the Greenwood Cultural Center in Tulsa. “We are just hoping for some closure.”

Here’s what to know about the 1921 Tulsa Race Riots and the search for answers and accountability nearly 100 years later.

The Greenwood District of Tulsa was flourishing in 1921. It was home to nearly 10,000 black people who owned businesses, homes and medical practices, according to historian Scott Ellsworth, who wrote the 1982 book “Death in a Promised Land: The Tulsa Race Riot of 1921” and shared his research in a 2001 report to Oklahoma State Congress.

“They had created the most successful Black-owned business district in the country,” Brown tells TIME. “Booker T. Washington, when he visited initially referred to it as the ‘Negro Wall Street of America,’ and it later took on the moniker ‘Black Wall Street.'”

There were several hundred businesses in Greenwood — hotels, restaurants, beauty parlors, “everything you can think of,” Brown adds. “There was a sense of self-sufficiency.”

But Greenwood wasn’t immune to the racial violence that plagued much of the era. More than two dozen race riots had broken out throughout the country In 1919 — which meant mobs of white people attacking black neighborhoods, according to Ellsworth. Oklahoma was starting to see a rise in membership to the KKK.

Dick Rowland, a 19-year-old black shoe shiner, used an elevator to go up to a segregated bathroom on May 30, 1921. In the elevator was Sarah Page, a 17-year-old white woman and elevator operator. Whether or not the two knew each other is uncertain, but it is believed that Rowland tripped entering the elevator and caught himself on Page’s arm, and she let out a scream. An onlooker who heard the scream summoned the police, believing Page had been the victim of an attempted sexual assault. No record exists that Page said anything about a sexual assault to the police, according to Ellsworth’s report, but Rowland was arrested the next day.

An angry crowd of white people began to gather in front of the court house holding Rowland, calling for him to be turned over to them. The sheriff set up a row of armed guards to protect the building. Then a group of about 25 armed black veterans of World War I showed up, ready to protect Rowland. The mob of white people had grown to an estimated thousand by that evening. Some attempted to break into a local armory for weapons.

Tensions increased through the night and the white mob continued to grow. At about 10 p.m. a group of armed black men made their way to the court house, offering help to authorities. Then one white man approached a black World War I veteran and tried to take away his gun. When the gun went off, the race riot began.

“At that point it was no longer about Sarah Page and Dick Rowland,” Brown says. “It was an all out battle. Blacks retreated into the Greenwood District with white rioters in pursuit.”

Over the next 48 hours, an estimated 300 black people were killed, 36 blocks of the Greenwood District were destroyed including 2,000 businesses and 10,000 were left homeless.

The majority of survivors fled, and many who didn’t were then placed in internment camps.

The search for mass graves

Many witnesses to the massacre said they saw bodies being buried. A state commission was formed in 1997 to investigate the events that occurred, and recommended reparations for those who were impacted. Scientists and historians also found evidence that supported what witnesses had said about mass graves and had passed on that knowledge to the generations that followed.

“Historical trauma is a relatively new term, especially for our community,” Brown says. “We have seen how our parents and grandparents have instilled this fear in us because of their fear of Whites.”

When Mayor Bynum announced the decision to reopen the investigation in 2018, Brown said it was a step in helping the community heal.

“What we want more than anything is for our children and grandchildren to finally know is that there’s more to black history than slavery and the Civil Rights movement,” Brown says. “We want them to know that we were successful people, we were savvy business owners… while they never got reparations for what they lost, we can honor their memory and legacy by telling their story. 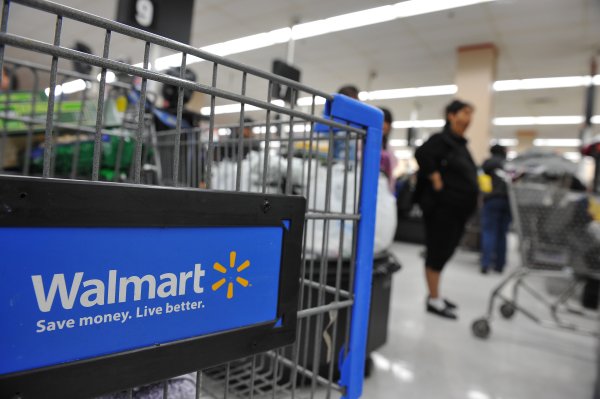