It was always a gamble. When House Speaker Nancy Pelosi let slip the forces of impeachment in late September, it was inevitable that the lumbering pace of subpoenas, hearings and refusals to cooperate by the White House would nudge the Democratic primary out of the political spotlight for some time.

Nearly three months later, how long “some time” might be is still anyone’s guess. The House has impeached President Donald Trump, after an 81-day investigation and an 11-hour debate on Wednesday, but it remains far from certain whether the Senate trial will wrap up by the time the 2020 election season officially kicks off with Iowans heading to the caucuses on February 3. Impeachment won’t move to the Senate until Pelosi passes the baton — and the stopwatch — to her Republican counterpart in the Senate. The Speaker indicated Wednesday night she might delay this step while the two chambers negotiate the trial procedures, a realpolitik with so little precedent that the timeline is hazy at best.

So far, the President’s approach to managing the dueling spectacles of impeachment and elections has been to face the collision head on. The Trump campaign’s strategy, as TIME reported earlier this month, has included a massive blitz of ads on Facebook that used the threat of impeachment to mobilize his supporters to sign up and donate. Within five hours of the House vote, the campaign had unleashed half-a-dozen different Facebook ads messages reaching thousands of users, many featuring video of Trump describing the impeachment as a “coup.”

For the Democratic hopefuls, impeachment in an election year has been a trickier needle to thread. On Thursday, the candidates participating in the sixth Democratic debate, scheduled just 24 hours after the House vote, will almost certainly face questions about the process. The President, and which Democratic candidate is best positioned to defeat him, is always a central debate topic, and before an audience of millions, no candidate is likely to dodge the topic.

But while Trump raises millions of dollars off of impeachment on Facebook — and builds out his mailing list of potential supporters — the Democrats’ campaigns appear reluctant to invoke the proceedings on social media. In the time Trump has posted his six post-vote ads, no leading Democratic candidate had posted a Facebook ad mentioning the historic vote, according to Facebook’s Ad Library Report, a public repository of every political ad any candidate has purchased. Indeed, throughout the year, a TIME analysis of the Facebook ads for the ten Democratic candidates who have spent the most on the platform in 2019 found that almost all have invoked impeachment sparingly. With the exception of California billionaire Tom Steyer, none have disseminated more than a dozen unique messages that broach the subject directly since January, compared to the 102 different messages the Trump campaign has launched in thousands of ad blasts in the same time.

The first time that top-polling Democrat candidates chose to mention “impeachment” in a Facebook ad also suggests a shared ambivalence about how the topic might impact their campaigns. Three of the frontrunners — Bernie Sanders, Joe Biden and Pete Buttigieg — waited to drop the “i-bomb” until after Pelosi announced the inquiry on Sept. 24. Elizabeth Warren took the plunge much earlier, on April 30, after the release of the Mueller investigation report; Cory Booker and Julián Castro also ran ads before the process was underway. And three candidates — Amy Klobuchar, Andrew Yang and Michael Bloomberg — have avoided using “impeachment,” or any variety of the word, at all. (Bloomberg’s ads in the Facebook archive include a variety of organizations and philanthropies he represents, but none have touched the subject.)

Steyer, whose advocacy for Trump’s impeachment predates his own candidacy, is the notable exception. Before he decided to run for president, he was pouring millions into essentially running for Trump’s impeachment through a Super Pac called “Need to Impeach.” Between that effort and his own ads as a candidate, he has run 384 different impeachment messages through Facebook ads in 2019 alone.

The following chart shows each candidate’s paid Facebook advertising since Jan. 2, 2019. Each dot represents a unique message on the first day it ran, not an individual ad purchase, since campaigns typically send identically worded ads in bursts of different sizes to different target audiences to gauge the response. Only messages that either mention impeachment or cost the campaign at least an estimated $2,000 are displayed for the sake of clarity.

The most curious holdout is Biden, whose potential threat to Trump’s reelection is the basis for the entire alleged misuse of office for which Trump was impeached. Biden, who still leads in the polls, did not explicitly mention impeachment in a Facebook ad until Oct. 9, the day after the New York Times disclosed that he had requested that Facebook remove a Trump campaign ad that included a video making widely debunked claims about Biden’s alleged interference in Ukrainian politics when he was vice president. Although Facebook’s extensive Advertising policy does include a clause that “prohibits ads that include claims debunked by third-party fact checkers,” the Trump ad was not removed.

(Biden’s first ad, meanwhile, was removed, though you can still view it by tapping or clicking on the large blue circle on his timeline in the graph above or selecting “Uncover Ad & View Ad Details” on the archive page for the ad. Facebook does not disclose which of the dozens of prohibited activities or types of content a removed ad violated, so this is likely to be a technical oversight. For example, an image or video cannot include “imagery that replicates play buttons, notifications, or checkboxes” that have no functionality, which Biden’s first ad does in fact do.)

To be sure, the Democrats’ campaigns are gambling there is some value in reminding voters about impeachment on the social media platform. In most cases, even Democratic campaigns that broadcast a very small number of ads about impeachment have invested more in those ads than others. Booker, for example, has aired his 8 impeachment ads for an average of 23 days each, compared to 8 days for every other ad. Buttigieg, who has run a grand total of 4 such ads, runs them for twice as long.

In the long run-up to when Pelosi fired the impeachment starting pistol, many Democrats fretted over whether impeachment hearings would ultimately benefit Trump’s next campaign, if not the first paragraph of his political legacy. They weren’t wrong. In the short term, the President is probably enjoying a deeper war chest than if an investigation, much less a vote, had never occurred. The immediate political benefits that the process has delivered to Democratic candidates are more elusive. When it comes to social media messaging, even candidates who will cast a vote on whether to remove the President from office would evidently prefer to talk about almost anything else. 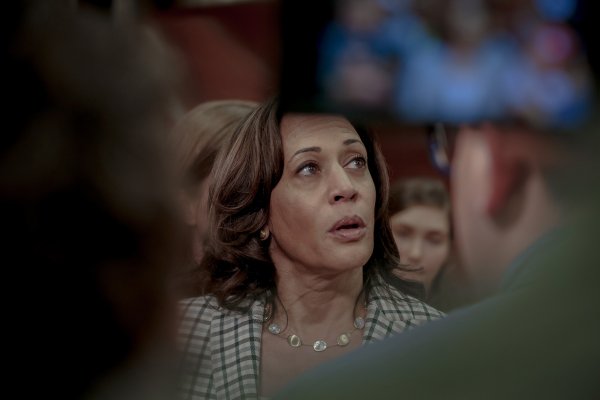 Kamala Harris Drops Out of 2020 Presidential Race
Next Up: Editor's Pick