Miss Nigeria didn’t win the Miss World crown on Saturday, but you wouldn’t have known it from her reaction when the winner’s name was called.

During the final round of the competition, just three women remained on the stage waiting to find out who would be crowned Miss World. There was Miss Nigeria, Nyekachi Douglas; Miss Brazil, Elis Coelho; and Miss Jamaica, Toni-Ann Singh. When the winner’s name was called, Douglas erupted to a cheer. She then did a joyful dance around the stage, twirling across the dais in her green gown, before rushing back to hug the woman who had actually won—Miss Jamaica.

For her part, Singh appeared stunned by the announcement, simply standing still and looking shocked at her new title while Miss Brazil gave her a warm, congratulatory hug. Luckily, Douglas had more than enough excitement for both of them. The fact that Douglas was so clearly excited for her friend, even though it meant that she herself had lost the competition, was truly heartwarming.

Now, Douglas’s ebullient reaction at her friend’s victory has gone viral with people sharing the clip across social media. Some Twitter users are just sharing the sweet moment, while others are finding inspiration to find a friend like Miss Nigeria—or hoping they can be a friend like her: 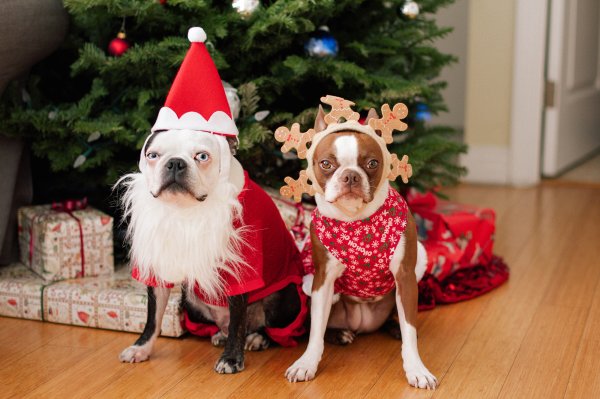 Dog Having an Existential Crisis During the Christmas Photoshoot Is a Holiday Mood
Next Up: Editor's Pick