A Barnard Student's Stabbing Death Has Rattled NYC, a 13-Year-Old Is in Custody and a 14-Year-Old Has Been Located. Here's What to Know

By Madeleine Carlisle and Mahita Gajanan

New Yorkers are mourning the death of 18-year-old Barnard College first-year Tessa Rane Majors after she was stabbed to death in an attempted armed robbery on Dec. 11 as she walked in a park located just blocks away from her school.

The case remains an active investigation, and police say they suspect three minors were involved.

On Dec. 26, the New York City Police Department (NYPD) said they had also located the third suspect — a 14-year-old boy — though they did not say if he had been charged with any crime. Police said they released the boy just a few hours later after he was questioned with his attorneys present.

Majors’ tragic death and the troubling alleged involvement of children has shaken the school and larger New York City community.

According to police, authorities responded to a 911 call the evening of Dec. 11 reporting the assault of a female victim near West 116th Street and Morningside Drive — around the area of Morningside Park. Police found Majors unconscious with “multiple stab wounds around the body.”

She was taken to Mount Sinai Hospital where she was pronounced dead, per police.

Chief of Detectives Rodney Harrison said the following day that Majors had been attacked by between one to three people while walking in the park, according to the AP. He reportedly said the attack occurred just before 7 p.m.

The AP reports that police say a security video partially documented the attack, showing multiple youths and someone “motioning” towards Majors. A knife was reportedly recovered from the scene but it’s unclear if it is connected to the stabbing, the AP reports.

What we know about the perpetrators

Harrison tweeted on Dec. 13 that one individual had been arrested.

According to the AP, a 13-year-old boy was arrested in connection to Majors’ death, and on Dec. 17 a judge ruled there was enough probable cause to proceed with the felony murder and felony robery charges against him. (The boy is not accused of stabbing Majors, however.)

When children between 7 and 19 commit crimes they go through a different judicial process than adults, and are punished based on their age, intent and past record, according to the New York City government.

Detective Vincent Signoretti testified on Dec. 17 that the boy told police he had gone to Morningside Park with two friends with the intention of robbing people, according to The New York Times.

The Times also reports that Signoretti testified that the boy said he saw his two friends grab Majors, put her into a chokehold, and steal from her pockets. He then saw one of his friends stab the young woman with a knife, Signoretti said, and saw feathers fall out of her coat.

The AP reports the boy’s lawyer Hannah Kaplan sharply condemned the police for questioning the boy without his attorney present. She said her client told police he didn’t know the other boys were robbing Majors and was too far away from them to hear what they were saying. She added that the security video doesn’t show the boy with a knife, touching Majors or taking anything from her at all, per the AP.

According to the AP, Harrison said at a press conference that the boys had guardians present and were told of their right to an attorney at their questioning.

Kaplan, who works with the Legal Aid Society, did not immediately respond to TIME’s request for comment.

In a statement released on Dec. 17, the Legal Aid Society said, “Tessa Majors’ death is a terrible tragedy and we extend our condolences to her family, friends, and everyone affected by it. We caution, however, against any rush to judgment that would only cause additional harm to the Harlem and Barnard communities. No one should seek to exploit this tragedy to press for new, ill-advised criminal sanctions against our young clients.”

“Our client is a 13-year-old child who is presumed innocent with no juvenile record,” the statement continued. “History is full of examples of high profile cases tried in the media, rushing law enforcement to a wrongful arrest and conviction. We are absolutely troubled by the fact that our client was questioned and interrogated by police without an attorney present. We must ensure that our client’s constitutional rights are not violated.”

The AP reports that a judge of Dec. 17 ruled the 13-year-old boy was at “a serious risk for reoffending” — despite his lawyers’ argument that had a strong family support system and no history of behavioral problems — and ordered the boy detailed until this next hearing in Jan. 2. He is being held at a juvenile detention facility, per the AP.

On Thursday, a judge rejected a request from the boy’s lawyer that he be released until his trial begins, the Legal Aid Society confirmed to TIME, adding they had no further comment at this time. The New York Times reports that lawyers for the city argued the boy has shown concerning behavior while in the detention center.

Kaplan reportedly said authorities don’t have evidence in addition to the boy’s statement. “There is no allegation my client touched the complainant in this case,” Kaplan said on Dec. 13, per AP. “He was merely present when this took place.”

The Legal Aid Society has also expressed concerns about Detective Wilfredo Acevedo, one of detections in the case, because he was accused in lawsuits of planting and falsifying evidence, lying in court papers and using “excessive force,” per the AP. The AP also reports that Police Commissioner Dermot Shea pushed back against the concerns, saying that he has never found the detective to have lied or falsely arrested anyone.

The Times reports that the boy’s statements led police to two other suspects, one of whom is reportedly 14-years-old and has been interviewed by police. The suspect was released after being questioned, according to an NYPD spokesperson.

On Dec. 20, Harrison tweeted photos of a third boy who reportedly is a suspect in the case and asked the public for help locating him. Per the AP, this is was an unusual step for law enforcement, which described the search for the third suspect as a “a two-week manhunt.”

The defender’s office the Neighborhood Defender Service of Harlem confirmed to TIME that it is representing the boy, but had no comment at this time.

The AP reports that the boys attend a middle school near Morningside Park, per police.

Some city officials have urged the public avoid rushing to judgement and repeating the mistakes inflicted upon the Central Park 5 — the now infamous case in which five teenagers of color were wrongfully convicted for the 1989 rape and attempted murder of a white female jogger.

The AP reports a Connecticut man was arrested after he posted a message on Reddit saying he was going to kill one of Major’s suspected attackers.

Majors’ family issued a statement on Dec. 16 strongly rebuking comments by police union leader Ed Mullins, who accused Tessa of being in the park to buy marijuana, calling his assertions “irresponsible.”

“The remarks by Sergeants Benevolent Association president Ed Mullins we find deeply inappropriate, as they intentionally or unintentionally direct blame onto Tess, a young woman, for her own murder,” the family said. “We would ask Mr. Mullins not to engage in such irresponsible public speculation, just as the NYPD asked our family not to comment as it conducts the investigation.”

During a Sunday radio program, Mullins suggested Majors’ death was linked to what he saw as lax enforcement of marijuana laws.

“We believe, for the immediate safety of the community and the surrounding schools, that should be everyone’s top priority and we are grateful to the men and women of the NYPD for all of their efforts,” they said. “Our family would like to thank the thousands of strangers who have taken the time to console us, share in our grief, and let us know we are not alone during this terrible time. Tess would not have been surprised by this beautiful reminder of our shared humanity.”

What we know about Tessa Majors

Majors was about to finish her first semester at the private all women’s Barnard College. Per the AP, she was from Charlottesville, Va., where she had graduated from St. Anne’s-Belfield School in May.

She enjoyed music, and her social media shows her playing in her band Patient 0, which had recently released an album. The Times reports she had an interest in journalism.

“We lost a very special, very talented, and very well-loved young woman,” the Majors family said in a statement. “Tess shone bright in this world, and our hearts will never be the same.”

Her father, Inman Majors, is an English professor at James Madison University as well as an author of six books, according to AP.

Barnard President Sian Leah Beilock issued a statement to the Barnard community on Dec. 12 evening, expressing the grief and shock of the school community. “Tessa was just beginning her journey at Barnard and in life. We mourn this devastating murder of an extraordinary young woman and member of our community.”

“This is an unthinkable tragedy that has shaken us to our core,” the statement continued. “Please know that we are all grieving together and I am thinking of you as we process this awful news as a community.”

In a separate statement on Dec. 13, Beilock shared Majors’ application essay to Barnard. “In response to a question that all of our students are asked on their applications, Tess wrote, ‘As an avid feminist, I have striven towards bridging my community gender divide by being outspoken in my classes, taking an intensive course on social justice, and campaigning for a congressional candidate. I enjoy taking difficult classes and feel invigorated when forced outside of my intellectual comfort zone. I embrace the culture of positivity and growth at Barnard.’ ”

“We are thankful for the incredible outpouring of love and support we have received from across the country,” the family said, according to the AP. “We would also like to express our appreciation for the efforts of the men and women of the NYPD, who continue to work diligently on this case.”

Watch the full memorial service below:

How the community is responding

Flowers are laid near the entrance of Barnard College on December 12, 2019 in New York City.
Getty Images—2019 Getty Images

The Columbia Spectator reports that thousands of students, faculty, alumni and other community members attended a vigil in Majors’ honor on Dec. 12. There, Beilock spoke about Majors’ love of music and her enthusiasm for school, adding that she had worked on at least one Congressional campaign, according to The Spectator.

In a statement, Beilock said, “In the months ahead, we will formally honor Tess and celebrate Tess’ life. For now, I urge you to hold Tess and the family in your thoughts and in your hearts. Support each other, lean on each other, and take care of yourselves.”

She ensured flexibility on exam schedules for grieving students, who were set to begin finals on Dec. 13.

“What makes Barnard so special is its tight-knit community,” the statement continued. “Our students come from vastly different lived experiences, and yet they come together to support one another in times of need. Our faculty and staff are no different. In the days and weeks ahead, we need each other. We need to support each other and remember Tess.” 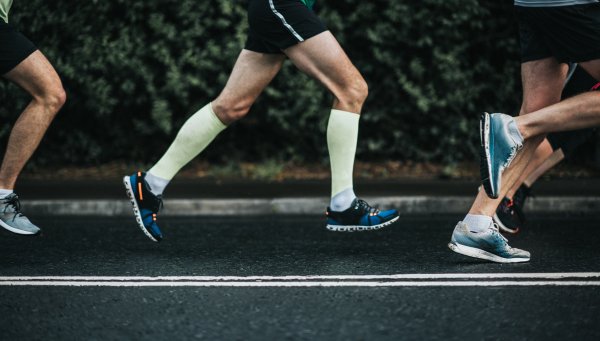 A Man Sparked Outrage After Slapping a Reporter's Backside on Live TV. Now He's Charged With Sexual Battery
Next Up: Editor's Pick