A first-year student at Barnard College was fatally stabbed Wednesday evening in an armed robbery that occurred in a park near the school’s Manhattan campus, according to statements from college and police officials.

Barnard President Siah Leah Beilock issued a statement to the college community later that evening, offering her condolences, notifying students about psychological support services and identifying the victim as 18-year-old Tessa Majors — “an extraordinary young woman” who “was just beginning her journey at Barnard and in life.”

“This is an unthinkable tragedy that has shaken us to our core,” the statement also read. “Please know that we are all grieving together and I am thinking of you as we process this awful news as a community.”

In a separate statement, Beilock called for the community to grieve together on Thursday evening. “Today is one of the most difficult days in our College’s history,” she said, adding that “Tess was a friend, peer, roommate, musician, writer, and beloved by so many family and friends.”

“We lost a very special, very talented, and very well-loved young woman,” the Majors family said in a statement. “Tess shone bright in this world, and our hearts will never be the same.”

School officials said they are in touch with Majors’ family, as well as the New York City Police Department as they investigate the incident, which was described in the statement as “an armed robbery that occurred off campus in Morningside Park.”

Police responded to a 911 call Wednesday evening reporting the assault of a female in the general vicinity of Morningside Park, the NYPD said in a statement obtained by TIME. When officers arrived, they “discovered an unconscious 18-year-old” who had suffered “multiple stab wounds.”

Chief of Detectives Rodney Harrison said at a Thursday briefing that Majors was stabbed after being accosted by between one to three people, the Associated Press reported. Harrison clarified that the incident occurred just before 7 p.m. Police had previously told TIME that the victim was found close to 5:30 p.m. Harrison said a security guard called 911 after seeing a wounded Majors on a street close to the park, according to the AP.

Majors was then transported to Mount Sinai St. Luke’s Hospital, where she was pronounced dead, the statement said.

Police said in a statement that they have not arrested anyone yet, but are continuing to investigate.

Mayor Bill de Blasio tweeted that there would be an increased police presence in the area “IMMEDIATELY.”

Barnard is a women’s liberal arts college, founded in 1889, with more than 2,600 undergraduate students. 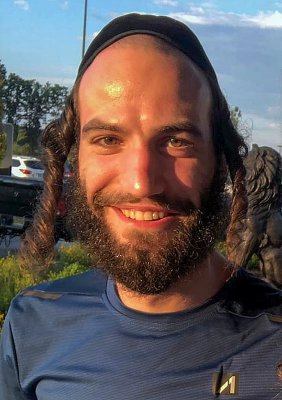 What To Know About The Victims of the Jersey City Shooting
Next Up: Editor's Pick