In a historic vote, the House Judiciary Committee approved two articles of impeachment against President Donald Trump: abuse of power and obstruction of Congress. Both votes were 23-17, along party lines.

The vote comes after a marathon and sharply partisan session on Thursday in which the 41-person Committee debated the two charges of “high crimes and misdemeanors” against the President, each evoking the historic stakes of the vote.

A full House vote can be expected next week, before Congress recesses for the holidays. This is only the fourth time in American history that a President has faced impeachment.

If the House impeaches the President, a Senate trial will commence early next year and will determine whether or not to convict the President and remove him from office.

Shortly after the vote, House Judicary Chair Jerry Nadler spoke to reporters. “Today is a solemn and sad day. For the third time in a little over a century and a half, the House Judiciary Committee has voted articles of impeachment against the President — for abuse of power and obstruction of Congress. The House will act expeditiously,” he said.

Eric Ueland, Director of White House Legislative Affairs, speaks to reporters after a meeting with Senate Majority Leader Mitch McConnell (R-Ky.) at the Capitol in Washington, D.C. on Dec. 12, 2019.
Gabriella Demczuk for TIME

“Over the course of the past several weeks, the House and the American people have heard overwhelming evidence that President Donald Trump attempted to bribe a foreign government to interfere in the 2020 election on his behalf, thereby abusing his power for personal and political gain. In addition, he harmed America’s national security and undermined Americans’ right to a free and fair election next year. Moreover, he has obstructed Congress’s investigation by refusing to produce subpoenaed documents and ordering his subordinates to refuse to appear as witnesses,” said Democratic House Majority Leader Steny H. Hoyer in a statement.

Immediately after the vote, House Republicans tweeted the impeachment process has been “partisan and “unfair,” adding the vote was “a sham.”

“Today’s vote highlights the pettiness of last night’s delay and the folly of articles of impeachment that allege no crime and establish no case. While it’s already clear that Democrats broke their own promises to rig this outcome, what will become more obvious in the coming days and years is that Democrats gravely abused their power,” Republican Rep. Doug Collins, the ranking minority member of the Judiciary Committee, said in a statement. Collins didn’t speak to press after the vote.

House minority leader Kevin McCarthy echoed Collins’ sentiment. “Chairman Nadler just jammed through impeachment in the Judiciary Committee without a single Republican vote. This sham is nothing more than a political hit-job against the President,” he tweeted.

The White House also issued a statement shortly after the vote. “This desperate charade of an impeachment inquiry in the House Judiciary Committee has reached its shameful end. The President looks forward to receiving in the Senate the fair treatment and due process which continues to be disgracefully denied to him by the House,” White House Press Secretary Stephanie Grisham said.

With reporting by Alana Abramson. 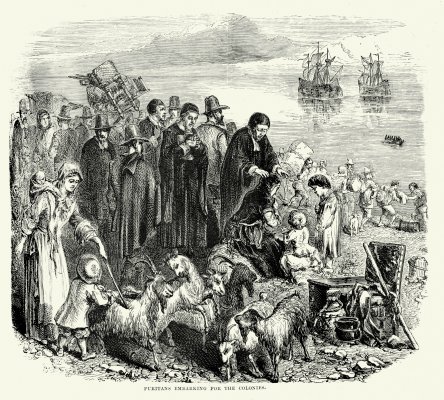 How Dissenters Like The Whistleblower Shaped U.S. History
Next Up: Editor's Pick