How the Battle of the Bulge Got Its Name

On Dec. 16, 1944, more than 200,000 Germans launched a surprise attack on the Allied troops via the Ardennes, the densely forested area of World War II’s Western Front, bordering eastern Belgium, Luxembourg, and northeast France. What began that day — and what is seen now as Nazi dictator Adolf Hitler’s last attempt to turn the tide in his favor — would become the Battle of the Bulge, in which more U.S. troops fought than any other battle in the war’s European theater.

As maps were released of the Allied lines, it was easy to notice a strange shape: a bump, which some experts have described as about 50 miles wide and 70 miles deep, where the German offensive had pushed the line back. According to Peter Caddick-Adams’ Snow & Steel: The Battle of the Bulge, 1944-45, American war correspondent Larry Newman was shown such maps by Gen. George Patton, and knew he’d have to communicate the development to readers.

The word “salient” — meaning something that projects out — had been used during World War I to describe the arc shape caused by a German assault on the Belgian city of Ypres. Some outlets like the Topeka Daily Capital were referring to the 1944 news with the same word, calling the shape the “Nazi’s Salient Into Belgium.” But Newman wanted to think up something less formal. The solution: it was a “bulge.”

The Stars and Stripes newspaper picked up Newman’s technology, and by mid-January in 1945, newspapers like the Baltimore News-Post were proclaiming “Germans Flee Bulge” as the Americans surprised the Germans back.

However, that’s not the turning point most talked about when the Battle of the Bulge is remembered.

The most famous story came in the walk-up to Christmas. The Americans refused to surrender to the Germans in the town of Bastogne, with American commander Brigadier General Anthony McAuliffe offering a memorable response to the German suggestion that the fight might be over, as TIME reported in the Jan. 8, 1945, issue:

The Americans stayed through Dec. 27 to defend the city.

The effort, sometimes called the “Christmas relief” effort, was more of a turning point in terms of morale than military strategy, argues Alex Kershaw, author of The Longest Winter: The Battle of the Bulge and the Epic Story of World War II’s Most Decorated Platoon.

“That’s the story that’s come to dominate, and it became one of the most celebrated moments of the entire war, but the Battle of Bulge wasn’t won through the ‘Christmas relief.’ It was won in the first 48 hours, when small groups of American soldiers stopped [German] strike forces from reaching the Meuse river,” he says. The American soldiers ambushed these tanks on narrow winding roads, causing a traffic jam that slowed down their march and caused a crucial loss in momentum, keeping them from reaching the crucial Belgian city of Antwerp. “Then we had to push the forces back to where they started, so that bitter battle to push the forces back didn’t end until the end of January 1945,” says Kershaw. “Even if the Germans had seized Bastogne, the question was what next? They wouldn’t have been able to get to Antwerp.”

This huge victory came at a huge cost. There were more than 75,000 American casualties, and nearly 20,000 Americans were killed by the time the month-long campaign ended in mid-January.

“They were facing two enemies: the Germans and the weather,” as Kershaw puts it. “They had to hug each other to share body warmth.”

Back then, TIME reported that 1944 was “the climactic year” of the war against Germany. “It was not the last year of that war, as many had predicted and more had hoped. But it was, beyond all reasonable doubt, the last full year.”

British Prime Minister Winston Churchill said the Battle of the Bulge was “undoubtedly the greatest American battle of the war, and will, I believe, be regarded as an ever famous American victory,” in his January 18, 1945, address to the House of Commons.

History has remembered it similarly 75 years later. As Kershaw puts it, “It was the last great battle fought by the U.S. in Western Europe. It was General Patton’s finest hour. It determined the outcome of last six months and sped up the German defeat.”

The war in Europe would end less than six months later, with the German surrender at Reims on May 7, 1945. 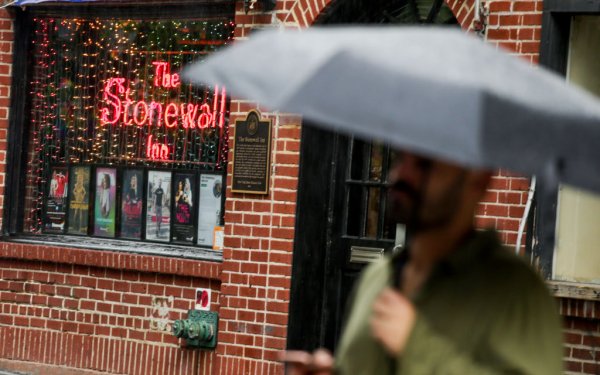