'Absolutely Not a Choice.' Elizabeth Smart's Father on Coming Out as Gay, Leaving Mormon Church

Ed Smart, the father of kidnapping victim Elizabeth Smart, has shared how difficult it was to come to terms with his sexuality in a new interview.

The 64-year-old Smart, who came out as gay in August, told CBS This Morning that he struggled to accept himself after a lifetime of believing that being attracted to men was “not acceptable.”

“I was praying that I was not [gay]. I didn’t want to believe that I was,” Smart said. “But how do you cure being gay? There is no cure. And for all of those out there that are struggling in the same spot, there is no cure.”

Smart came out in a letter posted to his Facebook in August, in which he detailed that he was in the process of divorcing his wife of 34 years, Lois. Smart added that he was no longer comfortable being a member of The Church of Jesus Christ of Latter-day Saints, commonly known as the Mormon church. While the church announced in April that the children of people in the LGBT community could be baptized without approval from leadership, it still considers same-sex marriage to be a “serious transgression” and acting on same-sex attractions to be a “sin.”

Speaking with CBS This Morning‘s Gayle King in an interview airing in parts this week, Smart said he spoke with church leaders while trying to figure out his feelings.

After finding that he could not suppress a very real part of himself, Smart decided he needed to speak out so others can know that being gay is not something that needs to be fixed.

“This is absolutely not a choice,” he said. “And I wish my wife knew that. I wish that more than anything.”

Smart came to national attention as he appealed for help after his daughter, Elizabeth Smart, was kidnapped in 2002 from her family’s home in Salt Lake City. She was held captive for nine months, and starved and raped repeatedly by her abductor, Brian David Mitchell, who was later sentenced to life in prison.

Elizabeth, who has since become an advocate for kidnapped children and those who have endured sexual abuse, said in August that she was sad about her parents separating but that she would support them both.

“My parents taught me as a young child that they would love me unconditionally no matter what happened. Their decisions are very personal,” she said. “As such, I will not pass judgment and rather am focusing on loving and supporting them and the other members of my family.” 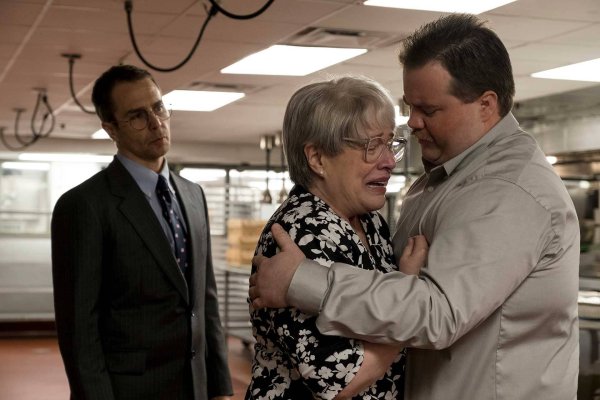 'Richard Jewell' Slammed Over Journalist Portrayal
Next Up: Editor's Pick