‘Rape Is the Same Across the Board.’ Elizabeth Smart Says Her Kidnapping Is No Different Than Hollywood Sex Abuse

Elizabeth Smart, who was abducted at age 14 and repeatedly raped by a man who held her captive, said the brutality she endured is “not so different” than what dozens of women say they have experienced in Hollywood.

In an interview about I Am Elizabeth Smart, a new television movie on her life, Smart compared her kidnapping conditions to the sexual harassment and assault claims many women have recently made against movie mogul Harvey Weinstein and other men in positions of power in the film and television industry.

“Rape is the same across the board, whether it’s a 14-year-old girl being held captive in the mountains or an aspiring actress being groomed or pressured or forced into it,” Smart said. “It’s unacceptable across the board.”

After the New York Times published an expose of sexual harassment allegations against Weinstein last month, dozens of women, including Gwyneth Paltrow and Kate Beckinsale, have come forward with claims that Weinstein either harassed, sexually assaulted or behaved inappropriately with them. Through a spokesperson, Weinstein has denied “any allegations of non-consensual sex.”

Smart, now 30, said she’s proud of the wave of women who have spoken out and urged other victims not to stay silent. “That is the only way we can make social changes,” she said. “No individual deserves to be sexually exploited or abused in any way.”

In 2002, Smart was snatched from her Salt Lake City bedroom in the middle of the night by an armed man who drugged her, starved her and raped her, sometimes multiple times a day, during the nine months he kept her captive. Smart’s abductor, Brian David Mitchell, was convicted of kidnapping and rape and was sentenced to life in prison.

Fifteen years later, Smart is now sharing the harrowing details of her kidnapping through I Am Elizabeth Smart, a Lifetime movie that debuts Nov. 18. The film follows a two-part A&E documentary on Smart’s kidnapping, which airs Nov. 12 and Nov. 13. The documentary is narrated by Smart and features reenactments of some of her most horrific experiences, including almost dying of starvation and dehydration.

“I was reliving a whole lot of emotions that I haven’t felt in a long time,” Smart said.

Smart said it was hard to watch the reenactments, in large part because the actor tapped to play her captor was so convincing in his role. “It was so accurate and so intense,” she said.

But Smart said she pushed through the discomfort to fully share her story in the hopes that it would help more people understand what sexual abuse survivors go through. “It gives a whole other side of things that my speaking, writing a book could never do,” she said.

Smart also wants the movie to inspire other survivors to lead fulfilling lives. She has found happiness in her 2012 marriage and gave birth to her second child this April.

“Somehow, someday they, too, can be happy,” Smart said of other survivors. “Just because this terrible thing has happened to them, it doesn’t need to define them. It doesn’t need to put an end to their life and happiness.” 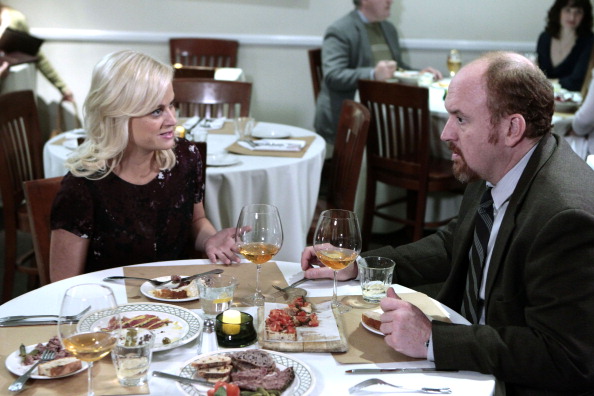 'Misogyny Is a Cancer': Parks and Recreation Creator Apologizes for Louis C.K.'s Guest Spot
Next Up: Editor's Pick