A young female local news journalist has spoken out after she was apparently groped by a runner while reporting live on a race in Savannah, Ga.

Alexandrea Bozarjian, a WSAV3 journalist, was reporting on the Enmarket Savannah Bridge Run on Saturday as runners rush by her, waving to the camera, according to footage of the incident. Suddenly, a man, who was later identified as Tommy Callaway, throws back his arm, turns to her and appears to deliberately hit her on the rear end. Bozarjian’s jaw drops and she turns as the man continues the race.

Bozarjian responded to the man on social media hours later.

“To the man who smacked my butt on live TV this morning: You violated, objectified and embarrassed me. No woman should EVER have to put up with this at work or anywhere!! Do better,” Bozarjian wrote.

Callaway said that he had been “caught up in the moment” in an appearance on Inside Edition on Tuesday, Dec. 10

“I was getting ready to bring my hands up and wave to the camera to the audience, there was a misjudge in character and decision-making. I touched her back; I did not know exactly where I touched her,” Callaway said. He added that if he had seen her reaction, he would have apologized.

Bozarjian appeared on CBS This Morning on Tuesday and said that she would need to think about it before she agreed to listen to Callaway.

“I think what is most important here is he took my power and I’m trying to take that back,” she said. “I think what it comes down to is he helped himself to a part of my body.”

Although some people mocked the incident on social media, arguing that Bozarjian should laugh it off, Bozarjian’s colleagues from WSAV3 were quick to back her up, praising the reporter and saying that no one should face such disrespect while doing their job.

“To the man who violated my beautiful, talented, professional and BRILLIANT friend LIVE ON TV: There’s a TEAM of people looking to teach you a lesson in how to not disrespect a woman who is just trying to do her job. Parents, stop raising boys to objectify women and let[‘s] raise them to view everyone as equals,” journalist Jon Dowding wrote on Instagram, which was reposted by Bozarjian.

“Alex, as usual, handled this with grace and professionalism. Love you queen,” Lauren Wolverton, a digital content producer, wrote on Instagram.

While the #MeToo movement has focused mainly on sexual harassment and violence in national newsrooms, local journalists also face additional threats when reporting on their communities. Over the past few years, female local news reporters have acknowledged facing threats, stalking and harassment while out reporting in the community or from people in the news audience.

In a post with Vox, Seattle journalist Ellen Meny acknowledged that harassment can take a toll.

“The kick in the chest doesn’t just come from harsh words or threats to safety; it’s also the complete disregard for your intelligence and hard work. It’s that squirming feeling in your heart when you realize that many people consider women in TV news, first and foremost, eye candy,” Meny wrote. 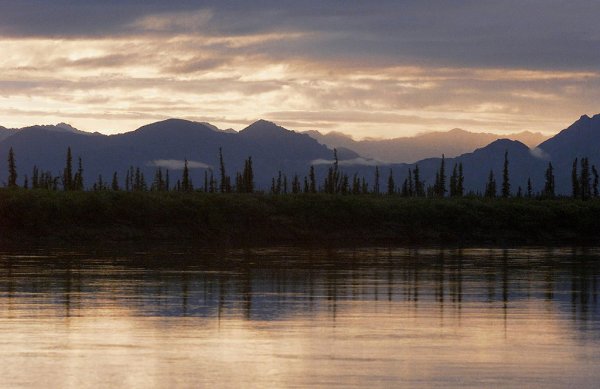 Child, 5, Carries Toddler Through -31 Degree Cold
Next Up: Editor's Pick