A Timeline of Sexual Harassment Allegations at Fox News

Allegations of sexual harassment, misconduct and general sexism have been in the news nearly weekly since Gretchen Carlson sued former Fox News chairman Roger Ailes for sexual harassment in July 2016. On May 1, network co-president Bill Shine resigned from his post after being named in a number of lawsuits (though he was never accused of harassment himself). 21st Century Fox Executive Chairman Rupert Murdoch made no mention to those suits in his statement announcing Shine’s departure.

“Bill has played a huge role in building FOX News to its present position as the nation’s biggest and most important cable channel in the history of the industry,” Murdoch said in a statement. “His contribution to our channel and our country will resonate for many years.”

Last week, Fox News co-host Jesse Watters made what was widely interpreted as a sexual innuendo about White House adviser and first daughter Ivanka Trump‘s appearance at a female empowerment panel in Germany. Watters later said that his statement was in no way meant as innuendo.

Following a series of sexual harassment allegations, the network parted ways with two of its most prominent employees, O’Reilly and Ailes, in a period of nine months. Ailes and O’Reilly deny the allegations against them. 21st Century Fox said its decision on O’Reilly came after a “extensive review,” but praised the anchor’s success with the network. The company never mentioned the allegations against Ailes in its statement announcing his resignation, only praising him for his “remarkable contribution to our company and our country.”

Here is a timeline of the recent sexual harassment allegations that have come out of Fox and set the stage for the high-profile departures from the network.

In July, the former Fox & Friends anchor — and current Motto columnist — filed a lawsuit against Fox News chairman and CEO Roger Ailes. Ailes denied her claims. The network said that it would investigate her claims but said it had “full confidence” in Ailes. Read more here.

Kelly, one of the network’s biggest stars, told external investigations that she had been harassed by Ailes early on in her career, New York Magazine reported. Kelly later confirmed in her memoir that she told investigations about her alleged experience. Ailes denied Kelly’s allegations. Read more here.

The network announced that Ailes would resign from the network following the allegations. In a statement, Murdoch praised Ailes, who reportedly received a $40 million severance package. Read more here.

One month after Carlson’s suit, the former co-host of The Five filed her own lawsuit against the network, Ailes and other top executives, alleging that she was sexually harassed by Ailes and then retaliated against after coming forward with her claims. Ailes and Fox News denied the allegations. Read more here.

Fox News agreed to pay Carlson $20 million and publicly apologized “for the fact that Gretchen was not treated with the respect and dignity that she and all of our colleagues deserve.” Read more here.

The New York Times reported that the network paid Holder, a former Fox News contributor, more than $2.5 million over allegations that vice president for Fox News Latino Francisco Cortes had tried to force her to perform oral sex on him. Cortes was later terminated following an investigation. Cortes’ lawyer instructed his client not to comment and said he was “considering Mr. Cortes’ legal options.” Read more here.

April 3, 2017: Julie Roginsky files a sexual harassment lawsuit against Ailes and the network

Former Fox News contributor filed a lawsuit against Ailes, the network and the network’s current co-president Bill Shine, alleging that Ailes sexually harassed her and then Shine retaliated against her for coming forward with her claims. Ailes denies the allegations, while Shine and the network declined to comment. Read more here.

Walsh, who was quoted in the Times article but never pursued legal action against O’Reilly, holds a press conference to discuss her alleged experience with O’Reilly. O’Reilly denied her claims. Read more here.

After Walsh and her lawyer, Lisa Bloom, publicly called in a complaint to the network’s anonymous hotline, the network announced Paul, Weiss will investigate the claims against O’Reilly. Read more here.

The network announced that O’Reilly would leave the network following the Paul, Weiss investigation. O’Reilly had taken a two-week vacation, which he said was pre-planned, on April 11. Read more here.

The former Fox News guest said she she rebuffed two advances from him to go back to his hotel room. Schlussel said in a separate interview that she didn’t think the incident amounted to sexual harassment. Hannity called her allegations “100 percent false” and said he was in the process of “laying out the legal course of action” to fight the claims. Read more here.

Two black women sued the network in March. In April, a third colleague joined their suit. Later than month, eight other current and former employees joined their lawsuit. It alleged that the network “appears more akin to Plantation-style management than a modern-day workplace.” Fox News “vehemently” denies the allegations. Read more here.

The network announced that Bill Shine, the network’s co-president, would resign from his post and leave the network. Shine was accused of retaliating against Roginsky for coming forward with claims of sexual harassment against Ailes. Tantaros said Shine discouraged her from coming forward with her allegations. (Shine denied Tantaros’ claims in the past and declined to comment on Roginsky’s lawsuit.) Suzanne Scott will become Fox News’ president of programming following Shine’s departure. Read more here. 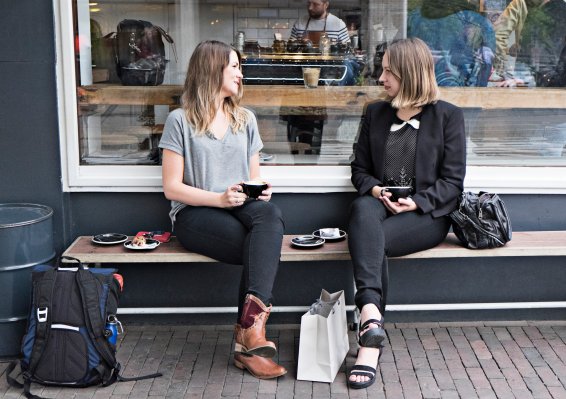 6 Easy Ways to Become a People Person
Next Up: Editor's Pick