He Attended the March on Washington in 1963. Now He'll Return to the Scene in Virtual Reality With His Great-Grandson

When the March on Washington for Jobs and Freedom came to Washington, D.C., in 1963, it provided the setting for what would become Martin Luther King Jr.’s most iconic speech: “I Have a Dream.” But he was far from the only person there. In addition to a full program of speakers and singers, the day saw the attendance of more than 250,000 peaceful demonstrators.

So when production began for The March, TIME’s immersive virtual-reality recreation of the March on Washington, executive produced by Viola Davis and Julius Tennon, reconstructing that crowd was key. Thousands of actors responded to a call to participate in the motion-capture stage of the process, and around 80 were selected. Among that group was LaVell Thompson, 8.

Unwittingly, the producers had chosen someone with a personal connection to the real inspiration for the project.

When the cast reported to a shoot in Los Angeles on Sept. 16, for a camera to scan them from every angle, the crew decided to interview the kids who’d made the cut about what they knew about the March on Washington. That’s when Thompson said that his great-grandfather was actually there on Aug. 28, 1963.

LaVell had been brought to the studio by his grandmother, Launita Joseph-Walker, so filmmakers asked her if she might be able to also bring in Rev. Jeffrey Joseph, 90. He lives just about 20 minutes away from the shoot location, in Pacoima, where he works as a pastor at New Heaven Missionary Baptist Church.

“I can’t march! I’m too old to march!” Launita recalls him saying, laughing. “They explained he wouldn’t have to march, that it was more like a photo shoot.”

When he came in, the physical setting couldn’t have been more different from what he saw in 1963, as cameras captured images of him alone in a specially designed light booth. Nevertheless, he says, the experience brought back memories of attending the March on Washington alone, having hopped on a train from Louisville, Ky., at the last minute. He’d been inspired earlier that year to start raising money for civil rights campaigns after seeing footage of Birmingham, Ala., police using fire hoses on protesters; he says he raised more than $7,000 (nearly $60,000 in today’s dollars). Not only was he overjoyed to end up standing about 50 feet from King on the day of the march, he also got a chance to meet the civil rights leader several times throughout the 1960s, he says, through the activist’s younger brother A.D. King, who was also a pastor in Louisville.

To Joseph, the March on Washington was a wake-up call. It gave him a lot of hope and a feeling of “brotherhood,” as he puts it, but it did not end discrimination. Today, he says, the prejudice is subtler than it was. Americans must be on the lookout now, he says, for people who say they support equality, but in their actions — or inaction — suggest the opposite.

Yet he also sees the effects of that historic day in 1963 in the nation’s capital, and in state and local legislative bodies nationwide.

And now, with The March, that history can make a new kind of impression, as participants experience being there with a quarter-million others — including the recreated figure of Rev. Joseph, marching alongside his great-grandson.

The March, made possible by American Family Insurance, will premiere at The Dusable Museum of African American History in Chicago in February 2020. Click here to learn more. 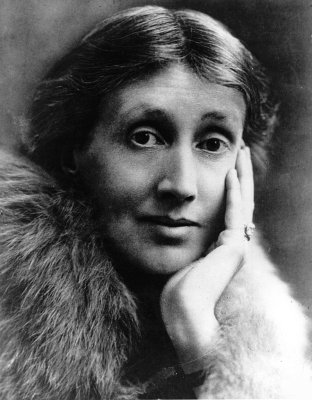