Academy, Emmy and Tony Award-winning actor and producer, Viola Davis and actor and producer Julius Tennon, along with their award-winning production company, JuVee Productions, are joining TIME’s immersive project The March, which will bring Dr. Martin Luther King Jr.’s iconic “I Have a Dream” speech to virtual reality for the first time, as executive producers, it was announced today by TIME.

Through the use of groundbreaking room-scale, interactive technology, The March will offer audiences an unprecedented opportunity to experience the historic 1963 March on Washington for Jobs and Freedom and Dr. Martin Luther King Jr.’s iconic “I Have a Dream” speech from several points of view in virtual reality.

In partnership with Intellectual Properties Management, Inc. (Licensor of the Estate of Martin Luther King, Jr.), which granted TIME development rights for the project, The March will allow contemporary audiences to experience the presence and message of Dr. King. The project will be the most life-like and realistic rendering of a human performance in VR to date, blending advanced VR, AI, film production processes, and machine-learning techniques.

“TIME has always been about the people and ideas that shape the world,” said TIME Editor in Chief and CEO Edward Felsenthal. “We are thrilled that Viola Davis and Julius Tennon are joining with TIME to connect Dr. King’s message of equality and hope to contemporary audiences through this powerful project.”

“We at JuVee are committed to using all forms of art to disrupt, to wake up, to connect and to evoke empathy. The intimacy and immediacy of VR has the power to do just that… and, in addition, to transport,” said Viola Davis and Julius Tennon. “It has been an honor to partner with TIME and IPM/King Estate to use this innovative technology to be present at one of the most important moments in history. We believe it will be a catalyst for change, both educationally and personally. This will be in the lexicon of our legacy.”

“The March tells the story of the men and women who not only dreamed of change, but committed their lives to action,” said Mia Tramz, Emmy-winning producer and editorial director of Enterprise and Immersive Experiences at TIME. “There could be no better partners in bringing this project to life than Viola Davis, who is a true leader and force for change, Julius Tennon, and the ambitious team at JuVee Productions. We are also grateful to American Family Insurance, whose commitment to The March will ensure that audiences across the country will be able to experience it firsthand.

For the project, TIME partnered with the Academy Award-nominated immersive media studio RYOT, V.A.L.I.S.studio, Digital Domain, and CAA, which orchestrated the deal on behalf of clients RYOT, JuVee Productions, and Viola Davis, and will also act as a strategic advisor on securing partners and sponsors. In addition to Viola Davis, Julius Tennon, and JuVee Productions, the other executive producers for the project include Jake Sally of RYOT, Peter Matin of V.A.L.I.S.studio, and Mia Tramz and Ian Orefice of TIME.

JuVee Productions is an artist driven production company that produces film, television, theater, immersive and digital content across all spaces of narrative entertainment. JuVee Productions strives to tell inclusive, dynamic character-driven stories that celebrate the broad spectrum of humanity, while paving the way in innovation and tech for future storytellers. Recent VR and immersive experiences include the upcoming Operation Othello, which showcased at Cannes XR 2019, and the launch of the 360 film Spheres: Songs of Infinity at the MoPoP Holodome. 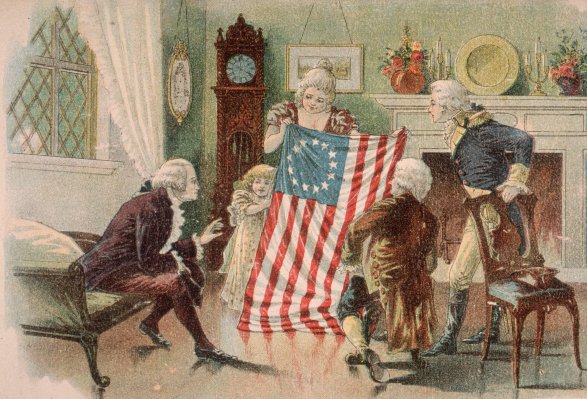 Why Nike Has Sparked Anger With the Betsy Ross Flag
Next Up: Editor's Pick