The Aeronauts is a beautifully shot movie about two people—a male scientist and a female pilot—who make a groundbreaking balloon journey in 1860s England. The movie is lovely to look at: Its director is Tom Harper, who recently made the wily and engaging Wild Rose; the cinematographer is George Steel. Its stars, Eddie Redmayne and Felicity Jones, are reasonably appealing. The balloon itself is gorgeous: Who wouldn’t want to look at a gorgeously decorated hot-air vessel sailing through the clouds—and, in some cases, through beautiful but treacherous veils of frost and ice? Through it all, the two protagonists tucked in its basket below argue about barometers and safety and whatnot. The man, Redmayne’s James Glaisher, will do anything for science. (His aim is to gather information that will help humans predict the weather, unknown territory at the time.) The woman, Jones’ Amelia Wren, an experienced balloon pilot still grieving over the death of her husband, is wiser and more practical and also has a much better understanding of the dynamics behind the beautiful floating thing that’s holding them aloft. James has failed to bring warm clothes, as Amelia has told him he must. He measures stuff with instruments while she gauges shifts in the atmosphere by the feel of the air around her. And—spoiler alert—at one point, to save the day, she climbs to the top of the balloon as it sails some 35,000 feet above the ground in murderously frigid air, while he lies passed out in the basket below. It’s all kind of fun. It’s also kind of dumb. Even though The Aeronauts is based on real people, none of this really happened, or at least not like this.

And that’s OK. Movies—documentaries aside—aren’t journalism, they’re storytelling, works that are molded and shaped into an experience for the viewer. Glaisher was a real person: In 1862 he broke the world record for altitude in a balloon co-piloted by Henry Coxwell. Glaisher did pass out, and Coxwell had to climb out of the balloon’s basket to release a valve that would allow the balloon to descend safely. Amelia Wren is a composite character, drawn from real-life figures Sophie Blanchard, the first professional woman balloonist, and Margaret Graham, the first British woman to make a solo balloon flight, in 1826. (Richard Holmes’ 2013 book Falling Upwards: How We Took to the Air inspired some of the scenes in the movie.)

You could argue that The Aeronauts should have depicted the real stories of either Blanchard or Graham, or should have been solely about the record-breaking journey of Glaisher and Coxwell. But the movie’s adherence to history is beside the point: It works so hard to render Amelia Wren as a heroic character and James Glaisher as a brainy bumbler that it comes to feel like a children’s storybook—which is perfectly fine, if your goal is to write your message in clear semaphore for young people. (The movie, which will get a theatrical release before being made available on Amazon Prime, is rated PG-13.)

But if you’re a grown woman watching The Aeronauts, you may feel—as feisty as Jones’ performance is—that you’re being talked down to. It’s as if women don’t have enough adventure stories of our own. The thinking seems to be that men’s adventures are the really exciting ones—why not just take some of their stories and plop a woman into the action, letting her do the daring stuff for a change? That should be good enough, right? In The Aeronauts, it’s not. The characters’ strict adherence to their roles—brave woman, careless man—becomes wearisome. At one point Glaisher realizes—finally!—that Wren is the one person in that precarious little basket who knows what she’s doing. “I’ve been…insensible,” he murmurs. She looks at him with pursed lips but with forgiveness in her eyes, exactly as a woman of her era would, but she’s also the one who had to save the day while his gearshift was locked in insensible mode. That angle of The Aeronauts is 100 percent believable—even if it’s not 100 percent true. 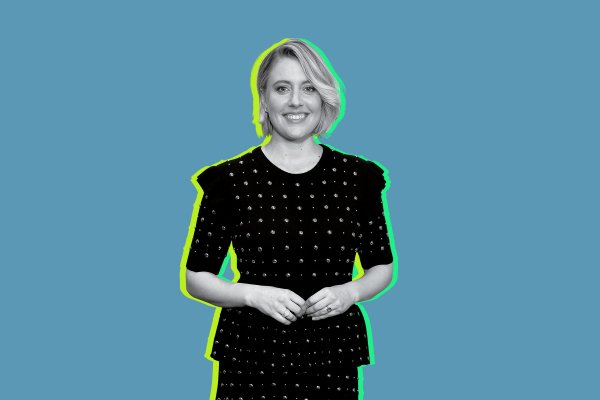 'I’ve Been Waiting 30 Years.' Greta Gerwig on Getting to Put Her Stamp on Little Women
Next Up: Editor's Pick