Birth control pills are among the most effective ways to prevent pregnancy, but only if women faithfully take them every day. Human nature being what it is, nearly half of women admit to missing a pill at least once every three months, and, as a result, about 9% of women on oral contraception become pregnant every year.

That number would almost certainly fall if women only had to remember to take the pill once a month or so. That’s why researchers at MIT and Brigham and Women’s Hospital (with support from the Gates Foundation) are trying to create a once-a-month birth control pill.

In a paper published today (Dec. 4) in Science Translational Medicine, a team led by Robert Langer, who runs one of the world’s largest chemical engineering labs at MIT, and Dr. Giovanni Traverso, a gastroenterologist at Brigham and Women’s Hospital and assistant professor of mechanical engineering at MIT, report on a polymer they designed to survive in the harsh, acidic environment of the human stomach for about 30 days. They loaded that polymer with levonorgestrel, a progestin, which is one of the common components that make up popular birth control pills. In a test with pigs, they found that the monthly pill released about the same amount of levonorgestrel in the blood each day as a daily pill.

Currently, long-acting birth control methods that release contraceptives continuously require an invasive procedure to implant, usually on the upper arm, which is a deterrent for some women. Other long-term methods, including intrauterine and intravaginal devices, some of which also release hormones that prevent pregnancy, require insertions and removals to be performed by doctors. A long-acting pill would give women more control over their contraception without the complications of implants and devices.

The contraceptive described in this latest study is made up of a gelatin-coated capsule containing a tiny plastic device loaded with the contraceptive drug levonorgestrel. Once in the stomach, the coating dissolves and the plastic device springs open into a six-armed star shape. Each arm has tiny compartments of varying sizes filled with the drug; their different shapes mean different amounts of area exposed to the stomach environment, and that area determines how quickly the compartment dissolves and releases its contents over a three-week period.

The technology could also be used to deliver other medications. Already, Langer and his team have tested the device to deliver drugs to treat HIV and malaria in animals, albeit for shorter periods of time — about one to two weeks. Eventually, the team believes, monthly pills built using this technology could provide treatment for diabetes, high blood pressure drugs, Alzheimer’s and more, freeing people from having to remember to take daily medication.

The researchers plan to refine the technology and then test it on larger animals. “We see an enormous number of potential applications,” says Langer, who, along with Traverso, founded the company Lyndra Therapeutics, to continue readying the “pill” for human testing. “We are very optimistic and confident that we can get this to humans in coming years,” says Traverso. 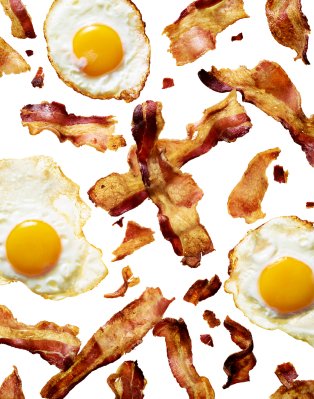 Why You Should Start Thinking About Your Cholesterol Earlier
Next Up: Editor's Pick