In the U.S., nearly all sexually active women have used a form of birth control at some point in their lives, and 11 million women rely on the pill.

In a new study published in JAMA Oncology, researchers explore how oral contraceptives, which affect women’s hormone levels to prevent pregnancy, affect cancer risk. They found that women taking the pill lowered their risks of ovarian and endometrial cancer—a known benefit of the pill. The researchers also analyzed other factors that might affect the risk, including obesity, smoking status and physical activity levels.

In addition to finding that the risk of endometrial and ovarian cancers were lower among women who used the pill, the study found that the longer women were on oral contraceptives, the lower their risk was. For those taking the pill for 10 years or more, the risk of ovarian cancer was 40% lower compared to women who had never used the pill or used them for less than a year, and 34% lower for endometrial cancer.

That confirms what earlier studies found, but the current study also delved deeper into how oral contraceptives and cancer risk differed among women with different risk factors for cancer. When the scientists looked at lifestyle factors that might affect the cancer risk among pill users, for example, they found that women who used the pill and were obese, smoked or did not exercise had among the lowest ovarian cancer rates. It’s not clear why, but the researchers speculate that in the case of smokers, there may be some interaction among the hormones associated with oral contraceptives and tobacco.

“We found long-term oral contraceptive use reduced ovarian cancer risk universally — it didn’t matter how healthy you were later in life or if you had a family history of the disease; all women experienced the benefit,” said Britton Trabert, the study’s senior author and epidemiologist from the division of cancer epidemiology and genetics at the National Cancer Institute (NCI).

MORE: Birth Control for Men? Researchers Will Test a Hormone Gel in 2018

For endometrial cancer, women who were obese and used the pill for 10 years or more lowered their risk of developing the cancer, while women who were normal weight and used oral contraceptives did not.

The study’s findings about breast cancer were less conclusive. Previous studies found that women who use oral contraceptives, which include both estrogen and progestin hormones that have been linked to cancer growth, have a 20% to 30% higher risk of developing breast cancer compared to women who don’t use the pill. The current study found no significant change in breast cancer risk among oral contraceptive users compared to non-users, but the researchers say that may be due to the fact that most of the women in their study were older and past menopause, meaning they had likely stopped using birth control for many years.

Though the results don’t establish the pill as an anti-cancer therapy quite yet, the authors say, they are intriguing enough for women to start discussing with their doctors their personal risk factors for cancer and how going on the pill could potentially affect that risk. “Oral contraceptives are primarily used for preventing pregnancy and managing menstrual cycle symptoms,” says Kara Michels, the study’s lead author and a postdoctoral fellow at NCI. “Our study indicates that for women with different underlying cancer risks when they are older, their earlier oral contraceptive use is likely still beneficial for cancer prevention. Better understanding of the risks and benefits of these medications may help physicians and their patients make informed decisions about using oral contraceptives.” 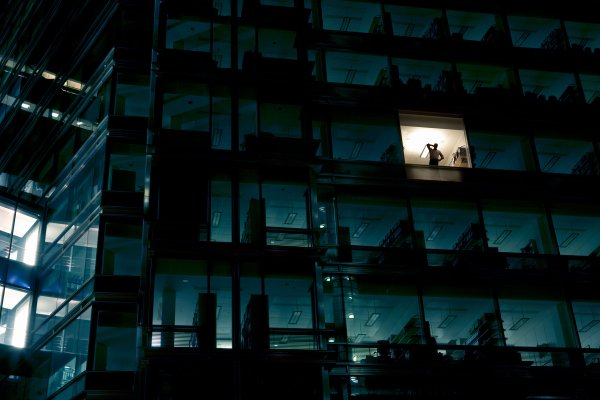 Working the Night Shift Could Raise Your Cancer Risk
Next Up: Editor's Pick