Two common beauty products—permanent hair dyes and chemical straighteners—may be associated with an elevated risk for breast cancer, according to a new study published in the International Journal of Cancer.

Hair dyes have been linked to other cancers before, though the research is inconclusive. Bladder and blood cancers have been examined most closely, according to the American Cancer Society, with the most consistent results pointing to a small increase in bladder cancer risk for salon employees. Meanwhile, most studies to date looking specifically at dye and breast cancer have not found a connection.

The picture is similarly unclear for hair straighteners. While a major study using data from the mid-1990s did not find a link between straighteners and breast cancer, other, more recent studies have—and the researchers behind the new paper note that some straightening formulas popularized since the 1990s, namely keratin treatments, have been found to either contain the carcinogen formaldehyde, or release it during the application process.

The new study, which was funded by the National Institutes of Health (NIH) and the National Institute of Environmental Health Sciences, tracked 46,700 U.S. women enrolled in the Sister Study, which recruited breast-cancer-free women whose sisters had been diagnosed with the disease. At enrollment, the women ranged in age from 35 to 74. They answered questions about their health, lifestyle (including hair product use) and demographics at the beginning of the study, and provided researchers with updates over a follow-up period of, on average, eight years.

More than half of the women reported use of permanent hair dyes in the year before they joined the study, and about 10% said they had used chemical straighteners. These women, the researchers found, had a greater chance of being among the nearly 2,800 study participants who ended up developing breast cancer—especially if they identified as black.

Black women were also far more likely to report using chemical straighteners—74% had, compared to 3% of white women—which were associated with an 18% higher risk of breast cancer in the study population as a whole.

Alexandra White, an National Institute of Environmental Health Sciences epidemiologist and one of the study authors, notes that this may be due to differences in the formulations of the dyes and straighteners used by women identifying as black compared to those identifying as white. Her co-author Dale Sandler adds that coarser, thicker hair may also absorb more dye. More research is required to confirm those hypotheses, but Sandler says it’s important for doctors to know about the differences, especially since black women are more likely to die from breast cancer than white women, and since most previous research on the health effects of hair dye have been on white women.

Dr. Nisha Unni, an assistant professor of hematology and oncology at the University of Texas Southwestern Medical Center, calls the finding “striking,” but notes that black women are known to be more likely than white women to develop the subtype of breast cancer that appeared most related to hair dye and straighteners. (The authors did not have the statistical power to fully tease out that relationship.) She also notes that, while the study was generally well-designed, it couldn’t isolate every factor that influences cancer risk. For example, people tend to get cancer as they age—and age-related graying may also boost hair dye use.

Unfortunately, White says there’s no quick fix or specific ingredient to avoid at this point. “Hair dye contains more than 5,000 different compounds…and formulas are constantly changing,” White says. “Some compounds have had more evidence to support their possible carcinogenicity than others.”

For breast cancer, she says some of the strongest evidence points to aromatic amines, colorless chemicals in hair dye that have been shown to bind to DNA in breast tissue, and potentially lead to DNA damage linked to cancer. Temporary and semi-permanent dyes, which were not strongly linked to an elevated breast cancer risk in the study, contain fewer aromatic amines, possibly making them safer than permanent dyes.

Findings aside, the study is a reminder that beauty and self-care products in the U.S. are not well-regulated. The vast majority of cosmetic products and ingredients do not need Food and Drug Administration approval or safety testing before they go to market, and the agency does not have the authority to recall tainted products. (One exception is color additives, which the FDA does regulate. In 2018, it ordered companies to reformulate products that contained lead acetate for this purpose, citing potential health risks.)

While it’s worth being conscious of the risks associated with cosmetics, White says it’s too soon to swear off hair dye. The study tracked a relatively small group of women who actually developed cancer, and the disease is almost never caused by one thing alone. “We know that a lot of different factors influence breast cancer risk,” White says. 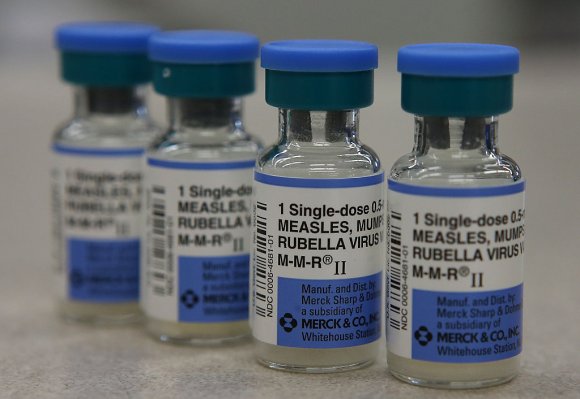 A Measles Outbreak in Samoa Has Killed 53 People and Infected 2% of the Population
Next Up: Editor's Pick