The Cruel Truth About Black Women and Breast Cancer

Over the last 20 years, there has been a major problem in breast cancer prevention, diagnosis, and care: While overall mortality rates have improved by more than 30%, the bad news is that black women are still more likely to die from the disease than white women—and the disparity is growing in some cities more than others.

My colleagues at the Sinai Urban Health Institute and I have spent the last decade studying this trend, and have continued to sound the alarm with each report. Our latest study, published in Cancer Epidemiology, analyzed breast cancer mortality rates by race for the 50 most populous U.S. cities between 2010 and 2014, and built on our prior city-level analysis from 1990-2009.

To see graphs of the mortality rates in various cities, check out the Breast Cancer Research Foundation’s interactive map.

Health.com: 22 Ways to Help a Friend With Breast Cancer

When we focused on what occurred between the previous study period (2005-2009) and the most recent study period (2010-2014), we discovered an alarming rise of the disparity in Atlanta and San Antonio, and across the country as a whole. In Boston, the breast cancer death rates for blacks and whites became even; while in Philadelphia and Memphis, the disparity fell, but remained significant.

Racial disparities in breast cancer mortality are already acknowledged at the national and state level. This study makes an important contribution by providing data at the city level, demonstrating geographic variation in the disparity, and changes in the disparity over a 25-year time period.

Together, these data suggest that differences in access to public health systems, and hence, differences in access to—and quality of—mammography and treatment are likely contributing to the problem. Earlier studies showed low median household incomes and a measure of segregation correlated with the disparity. Some cities, including New York and Memphis, have done better than others at addressing the disparity.

Health.com: 15 Worst Things You Can Say to Someone Battling Breast Cancer

Access to care is not the only factor that may be involved. It has been well documented that the biology of the tumor can play a role in both incidence and outcome of breast cancer. For example, black women in the U.S. have been shown to be diagnosed with breast cancer at earlier ages, and a higher percentage are diagnosed with an aggressive form of the disease called triple-negative breast cancer. However, biology alone cannot explain the rapid growth of the disparity in 10 years, and the geographic variation.

We conducted these studies to spur local city officials and health departments to take notice and take action, to address the needs of their communities. Past reports resulted in city-wide efforts to address the disparity in Chicago, Memphis, Boston, Houston, and Washington, DC.

Notably, Chicago, Memphis, and Boston have shown either a reduction in the disparity or an improvement in mortality rates among black women.

The good news is that fewer women of any race are being diagnosed and dying of breast cancer for a number of reasons—mostly likely due to a drop in the use of hormone therapy and better treatments. However, our findings underscore that where a patient may live should not determine if she lives, no matter her race.

This research was funded by the Avon Foundation for Women and a grant to my co-author Bijou Hunt, an epidemiologist at the Sinai Urban Health Institute. 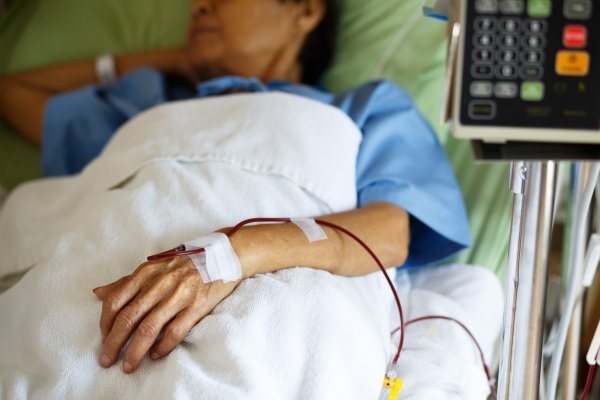