Amazon has removed Holocaust-themed Christmas ornaments and other concentration camp-decorated items being sold on its vast online store, after being called out on social media over the “disturbing and disrespectful” merchandise.

The Auschwitz Memorial, which sits on the site of the former Nazi concentration camp in Poland, tweeted images of the items bearing photographs taken there on Sunday, calling on the e-commerce giant to pull them. The items included a can opener that featured the Auschwitz-Birkenau concentration camp and Christmas ornaments featuring train tracks leading to the camp’s entrance.

“Selling ‘Christmas ornaments’ with images of Auschwitz does not seem appropriate,” the Memorial said.

After sharing its first tweet, the museum found more items showing the death camp sold by two other sellers. They once again turned to Twitter to alert Amazon as well as the Yad Vashem center, which conducts Holocaust research, noting that they would not “like the ‘Christmas ornament’ with a freight car used for deporting Jews for extermination either.”

The items, which were being offered by third-party sellers, were later removed from the site by Amazon. “All sellers must follow our selling guidelines and those who do not will be subject to action, including potential removal of their account,” a company spokesperson said in a statement to TIME. Amazon did not respond to further questions about any prior sales of the merchandise.

It is believed that one million people, mostly Jews, but also Roma, members of the LGBTQ community, and more, were killed by the Nazis at the Auschwitz-Birkenau concentration camp during World War II. 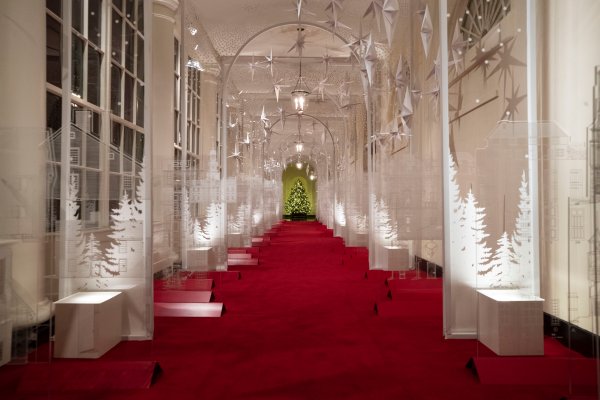