Why Auschwitz Plays Such a Central Role in Holocaust Remembrance

Snow-covered personal effects of those deported to the Auschwitz concentration camp in Poland litter the train tracks leading to the camp's entrance, circa 1945.
Hulton Archive—Getty Images
By Olivia B. Waxman

When the Anti-Defamation League announced on Tuesday that anti-Semitic assaults had doubled in the U.S. from 2017 to 2018, the news was shocking but, sadly, not entirely surprising: a shooting left one dead at a California synagogue last Sunday, just days before Thursday’s observance of Yom HaShoah, Holocaust Remembrance Day.

One effect of that sobering shift is being felt in New York City at a museum located a 10-minute walk from the 9/11 Memorial & Museum. Its full name declares it “The Museum of Jewish Heritage — A Living Memorial to the Holocaust” and it was built with six sides to represent the six million Jewish people who died in the Holocaust. Even so, when it opened in 1997, its founders decided to put an emphasis on Jewish heritage in order to differentiate it from the recently opened the United States Holocaust Memorial Museum in Washington, D.C. But in the last year, the museum’s board has considered modifying its name, in order to give the Holocaust more prominent placement.

While the museum hasn’t officially changed its name yet, its new emphasis is already clear: starting May 8, it will host the largest-ever traveling exhibit on Auschwitz, Nazi Germany’s biggest killing center. The exhibition Auschwitz. Not long ago. Not far away opens on the anniversary of the 1945 surrender of Nazi Germany in World War II. It features more than 600 original objects, including major loans from the Auschwitz-Birkenau State Museum that had never been seen outside of Poland before the exhibition firm Musealia first produced the show in Madrid from December 2017 to February 2019.

Though it was just one of the half-dozen Nazi camps that scholars identify as “killing centers,” there’s a reason Auschwitz is the focus of this new phase of the museum’s life.

“Auschwitz has become the focus of the history of the Holocaust,” says the exhibit’s chief curator, Robert Jan van Pelt, an architectural historian who is considered by many as the preeminent scholar of Auschwitz.

One key to its role in Holocaust education is that from 1942 to 1944, Auschwitz became the largest of those killing centers. Of the approximately 1.3 million people who were deported to Auschwitz, 1.1 million of those were Jewish people, and of those 1.1 million Jewish people, 1 million were murdered or died there.

But, crucially, enough of those who were sent there survived to speak of what they had seen — and in the years since, that has made all the difference. “It’s the only extermination camp with modern crematoria equipped with gas chambers, which created an efficient factory of death,” says van Pelt, “but it also encompassed a slave labor camp, from which there were actually enough survivors to give a substantial body of testimony after the war.”

About 200,000 Auschwitz prisoners left the camp, including survivors sent to other camps as well as those liberated from Auschwitz when the Soviet Army rescued an estimated 7,000 prisoners on Jan. 27, 1945.

The experience in Auschwitz inspired survivors’ writings, from Tadeusz Borowski’s This Way for the Gas, Ladies and Gentlemen, published right after the war in 1946 (in English in 1967), to Italian chemist Primo Levi’s If This Is a Man, first published in Italian in 1947 (in English in 1959), based on his time at the IG Farben laboratory on the Auschwitz complex. Elie Wiesel’s 1956 Night, (published in English in 1960), was inspired by his time as a prisoner Auschwitz. “Never shall I forget that night, the first night in camp, which has turned my life into one long night,” Wiesel wrote. “Never shall I forget that smoke. Never shall I forget the little faces of the children, whose bodies I saw turned into wreaths of smoke beneath a silent blue sky.” He won the Nobel Peace Prize in 1986, for being “one of the most important spiritual leaders and guides in an age when violence, repression and racism continue to characterize the world.”

The Frankfurt Auschwitz trials from 1963 to 1965 brought further attention to the camp, as they brought the perpetrators of these crimes to justice.

Later, due in large part to the awareness created earlier, Hollywood would pick up the same thread, centering Auschwitz in films from Holocaust, the 1978 four part TV mini-series, to Steven Spielberg’s Oscar-winning movie Schindler’s List in 1993, which is credited with inspiring Holocaust survivors to open up about their experience.

And after the fall of communism, as countries that had been a part of the Eastern bloc opened up, discussions of the history of the Holocaust in those regions became more open too, says Piotr M. A. Cywiński, director of the Auschwitz-Birkenau State Museum. This allowed more tourists to visit Auschwitz, which was by then the Holocaust site with which many were most familiar; in 2018, a record 2.15 million people visited the museum there.

“I think more and more, people are coming to reflect on the present,” he says, “People are looking more on the past, in order to imagine the future. We don’t know where we are going.” The story of the Holocaust, the story of Auschwitz, as he puts it, is “never-ending.”

The more these stories were out there, the more other Auschwitz survivors started to open up about their experiences with their loved ones, telling their stories in order to preserve family history and pass along life lessons. Cywiński argues that Auschwitz survivors “came back to this history when their grandchildren are born, and can speak more easily or more naturally to their grandchildren than their own children.”

But today, as the number of these survivors dwindles, education about Auschwitz will have to enter a new phase. Museums are thus playing an important role in making sure these stories still get told through artifacts like personal belongings, video testimonies and even as holograms.

“In a world of ‘fake news,’ people believe museums. They don’t always believe a lot of other things they read online, but museums have an authenticity to them,” argues Bruce C. Ratner, Chairman of The Museum of Jewish Heritage – A Living Memorial, who had relatives who died in Auschwitz. “We all hoped that after 1945, we would not hear about mass murders and immigration and refugee issues again, and yet they’re top headlines today.” 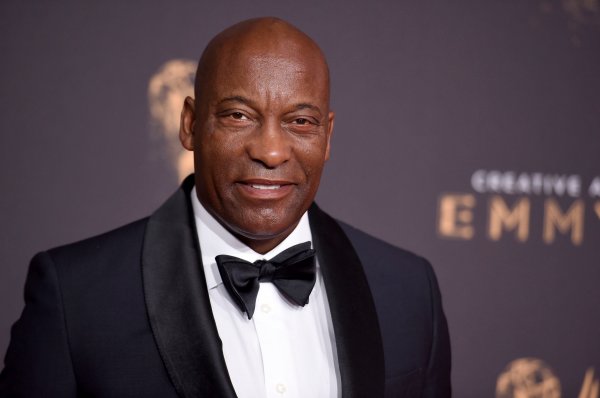 John Singleton’s Boyz n the Hood Was Just the Start of a Fearless, Trailblazing Career
Next Up: Editor's Pick