'Only One of Us Is Telling the Truth.' The Biggest Moments From Prince Andrew Accuser Virginia Giuffre’s BBC Interview

The woman who says she was sex-trafficked by Jeffrey Epstein and made to have sex at age 17 with the U.K.’s Prince Andrew has called on the British public to “stand up beside me” in a BBC interview.

“This is not some sordid sex story. This is a story of being trafficked. This is a story of abuse and this is a story of your guys’ royalty,” Virginia Giuffre, who is also known as Virginia Roberts, told BBC Panorama in an hour-long interview broadcast Monday night. Andrew has repeatedly denied Giuffre’s allegations and said during an earlier BBC interview that he had “no recollection” of ever meeting her.

During the interview, Giuffre challenged Andrew’s denial and comments about her allegations, from his claim that he cannot sweat, to the authenticity of a widely-circulated photograph that allegedly shows the two together. She also became emotional as she recalled a “wicked” and “really scary” time in her life after she was allegedly “abused by a member of the royal family.”

This is far from the first time Giuffre has aired her allegations against Epstein and the Duke of York— she has waged a campaign in lawsuits and news stories for years. But it comes weeks after the BBC broadcast a contentious interview with Andrew on Nov. 16 in which he failed to express sympathy for Epstein’s victims, said that he didn’t regret his lengthy friendship with Epstein and offered denials of wrongdoing that included a claim that he cannot sweat because of a medical condition from his military service in the Falklands War. The prince was widely criticized for the interview, which was labelled a public relations “disaster” by the U.K. media.

Andrew is just one of the many wealthy and powerful men that Giuffre has accused of having sex with her while she was allegedly a sex trafficking victim groomed by Epstein and his associate Ghislaine Maxwell. All have denied the allegations. Epstein died in an apparent suicide at a Manhattan jail in August while awaiting trial on sex trafficking charges.

Andrew, Queen Elizabeth’s second son, stepped down from his public royal duties less than a week after the interview was broadcast, explaining that his relationship with Epstein had “become a major disruption” to work by his family and charities that he supports.

Buckingham Palace repeated their previous stance in a statement to the BBC with regards to Giuffre’s interview, “emphatically” denying that Andrew had “any form of sexual contact or relationship” with her but noting that the Duke “unequivocally regrets his ill-judged association with Jeffrey Epstein.”

Here are the biggest moments from Giuffre’s BBC interview about her allegations against Prince Andrew.

Last week, London police acknowledged receiving a complaint in 2015 from a woman alleging that she was a victim of sex trafficking, the Associated Press reported. Metropolitan Police Commander Alex Murray said police concluded that the agency was not the “appropriate authority” to investigate because “any investigation into human trafficking would be largely focused on activities and relationships outside the U.K.”

Giuffre urged the British public to support her and acknowledge that the way she was treated was not ok in the BBC interview.

Giuffre says she was ‘passed around like a platter’ between men

Giuffre described how the alleged encounters with Epstein and other wealthy men often began under the guise of a massage before turning sexual. She said during the interview that she “went from being abused by Epstein to then being passed around like a platter—a platter of fruit.”

Giuffre also alleged that she was instructed only to talk when she was talked to and be polite and friendly with Epstein’s friends.She recalled flying on private jets and going to places she never imagined she would visit.

Giuffre pushed back against the idea that a widely-circulated photograph that reportedly shows Andrew standing with his hand around her waist is doctored. “The people on the inside are going to keep coming up with these ridiculous excuses like his arm was elongated or the photo was doctored,” she said. “I mean I’m calling BS on this.”

Andrew said he had “absolutely no memory” of the photograph being taken when Maitlis showed it to him during his BBC interview. The prince said he could not determine if it was fake but suggested that it may not have been taken in London because of what he was wearing. He added: “We can’t be certain as to whether or not that’s my hand.”

Giuffre had previously described the prince as “profusely sweating” while they danced in a nightclub before they allegedly had sex later that night. Andrew responded in his BBC interview by saying it was “almost impossible for me to sweat” at the time due to a medical condition. He invoked his military service in the Falklands War, by way of explanation.

Giuffre reiterated her version of events in her BBC interview, saying that Andrew was sweating “all over” her. “It was raining basically. Everywhere I was just like grossed out from it but I knew I had to keep him happy because that’s what Jeffrey (Epstein) and Ghislaine (Maxwell) would have expected from me.”

Giuffre: ‘I didn’t expect this from royalty’

Giuffre then explained how her alleged night out with Andrew took a darker turn when she left the club. Giuffre said Maxwell told her that Andrew would be returning to the townhouse with them.

Giuffre grew emotional when she recalled details from her alleged sexual encounter with Andrew. She said that he “wasn’t mean or anything but he got up and said ‘thanks,’” after which she “sat there in bed, just horrified and ashamed.” The next day Maxwell allegedly told her that she “did a really good job.”

“It was a wicked time in my life. It was a really scary time in my life. I had just been abused by a member of the royal family” Giuffre said. She began to cry in the interview as she went on: “I couldn’t comprehend how in the highest levels in the government powerful people were allowing this to happen. Not only allowing it to happen, but participating in it.”

As she continued to cry, the interviewer asked if she would like to stop the interview. “If you don’t mind, just for a moment,” she said. 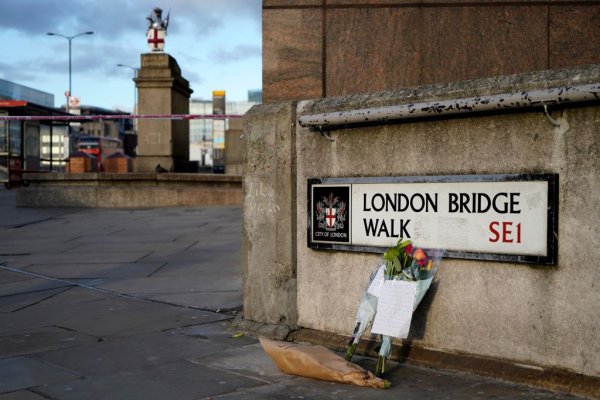