Ohio Bill Suggests Doctors Who Perform Abortions Could Face Jail, Unless They Perform a Non-Existent Treatment

The Ohio Statehouse, located in Columbus, Ohio, is the house of government for the state of Ohio
Getty Images/iStockphoto—DenisTangneyJr
By Tara Law

A bill introduced in Ohio’s legislature would make physicians who end pregnancies guilty of “abortion murder” suggests that doctors should try to save ectopic pregnancies, in which a pregnancy grows outside of the uterus, by reimplanting the fetus in the uterus. It’s a procedure that does not exist.

Under the bill, physicians who perform abortions would face 15 years to life in prison — unless the mother’s life is in danger, or if the physician “takes all possible steps” to save the fetus’ life. The bill claims that one example of a procedure to protect the fetus would be “attempting to reimplant an ectopic pregnancy into the woman’s uterus.”

There’s currently no way to medically reimplant ectopic pregnancies. As such pregnancies can be fatal, physicians typically will remove the ectopic tissue medically or through surgery.

In essence, the bill seems to suggest that doctors could avoid jail time by performing a procedure that does not exist.

This isn’t the first time that Ohio legislation has mentioned reimplanting pregnancies. Earlier this year, another abortion bill would have banned insurance coverage for “nontheraputic abortions” — but included an exception for reimplanting ectopic pregnancies.

Most anti-abortion advocates do not support such a procedure. The American Association of Pro-Life Obstetricians and Gynecologists argues that pro-life physicians should end such ectopic pregnancies as “There is no chance for survival of the child, either inside or outside the womb, but there is a very real, imminent danger of death or disability for the mother.”

Recently, however, some advocates have raised the possibility that physicians should try to save ectopic pregnancies. In a September article in the conservative magazine the Federalist, an author said that “abortion is never the answer” and that doctors should consider other options for treating such pregnancies.

The author later apologized for the story, but physicians sharply criticized the article, explaining that such thinking could endanger patients.

Dr. Daniel Grossman, a professor at the University of California, San Francisco, told Vox that this argument “could lead some patients to really question the advice of their doctor and maybe wait longer before getting the necessary treatment and put their lives at risk.”

In recent years, legislators in Ohio and other states have repeatedly attempted to ban or strictly limit abortion access. Many of these bills include on scientifically dubious claims. For instance, Ohio and several other states have passed “heartbeat” bills, which would ban abortions after a “fetal heartbeat” is detected; however, scientists say that a fetus does not possess what most people would call a heart at such an early period of development. However, courts have repeatedly ruled that such legislation is unconstitutional. 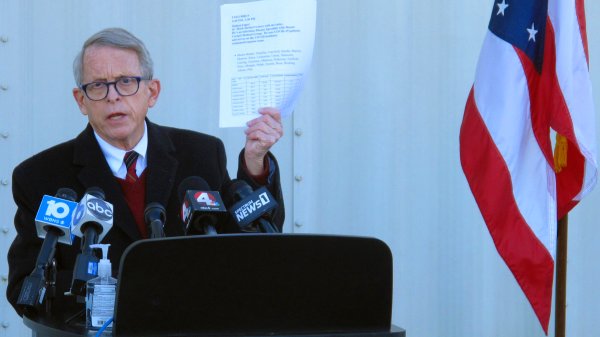