A bill banning abortion after a fetal heartbeat is detected — usually six weeks after conception — passed the Ohio legislature on Tuesday night and awaits signature or veto by Gov. John Kasich. Pro-abortion rights group NARAL Ohio immediately spoke out against the ban, saying it would “block access to safe and legal abortion before most women even know they’re pregnant.” On its surface, the bill would seem a victory for anti-abortion activists, but not all anti-abortion activists actually support laws like the so-called “Heartbeat Bill.”

Ohio Right to Life has taken a “neutral” stance on the bill. Director of communications Katherine Franklin tells TIME the advocacy group is wary because the Supreme Court has already declined to hear arguments over a Heartbeat Bill that was found to be unconstitutional in North Dakota, indicating there could be a long, expensive and unsuccessful legal battle for anti-abortion activists. A similar bill was ruled unconstitutional in Arkansas. Kasich has expressed concern that the Ohio bill might not be constitutional, saying in 2014 that he “share[d] the same concerns as Ohio Right to Life” that it could not survive a legal challenge. Some anti-abortion advocates worry that a court case striking bills like this down would only shore up the ruling in Roe v. Wade that states cannot prohibit abortion before fetal viability.

A fetus is generally deemed viable outside the womb at about 24 weeks, but organizations like Ohio Right to Life say advances in medical care have made premature deliveries viable at earlier and earlier phases. They therefore think legislation that is related a fetus’s ability to feel pain, not its viability, is “the best strategy to really overturn Roe v. Wade in the long run,” says Franklin.

Franklin says Ohio Right to Life favors “a more incremental approach” that would “prove more palatable, not just to the public but to the scrutiny of the Supreme Court.” The group is instead advocating for a Pain-Capable Unborn Child Protection Act, which would instead ban abortion (with exceptions for the life of the mother) after about 20 weeks. Similar laws have been passed in other states, and anti-abortion members of Congress are working on a federal version. Scientists disagree about whether fetuses can actually feel pain at 20 weeks, and one wide-ranging, frequently-cited study published in the Journal of the American Medical Association said the capacity for pain “probably does not exist before 29 or 30 weeks.” NARAL calls such laws “blatantly unconstitutional,” arguing that they do not offer enough exceptions for cases of rape, incest, maternal health and fetal anomalies. These laws “can jeopardize a woman’s health or her ability to have children in the future,” NARAL wrote in a statement earlier this year, and often “interfere in the doctor-patient relationship.”

Though the group is not in favor of the legislative approach, Ohio Right to Life will not come out against the new bill, and it’s possible that such legislation has a future in Trump’s America. “I think that it’s hard to say right now, with one seat in the Supreme Court being up in the air, what exactly will happen,” Franklin says. “We’re very hopeful, and we have faith that President-elect Trump will appoint a pro-life justice.” 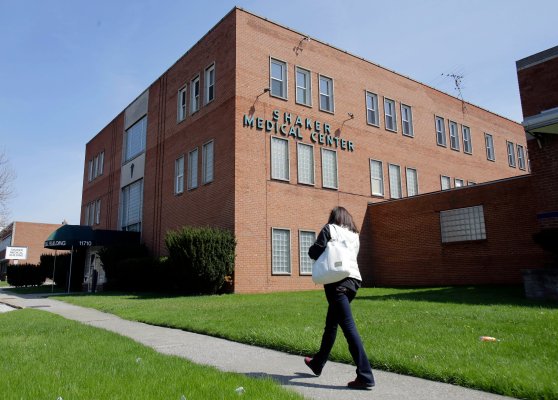 Ohio Lawmakers Pass Bill Banning Abortion After a Heartbeat Is Detected
Next Up: Editor's Pick