The House Judiciary Committee announced Wednesday will hold its first hearing as part of the impeachment proceedings into President Donald Trump on Dec. 4.

The public hearing will be titled, “the impeachment inquiry into Donald J. Trump: constitutional grounds for presidential impeachment.” A panel of constitutional experts and authorities will explain the constitutional framework of high crimes and misdemeanors, though the experts have not yet been identified.

“This is a legal hearing. The law needs to apply to the evidence and facts that have been derived,” a Judiciary Committee aide said on a phone call with reporters.

It is at this point that President Trump is entitled to attend the hearings with his counsel, an invitation House Judiciary Chairman Jerrold Nadler extended in a letter to Trump on Tuesday.

“The procedures, and the privileges afford to you therein, are consistent with those used by the Committee in the Nixon and Clinton impeachments,” the letter reads.

If President Trump plans to attend the hearing, the letter requests he inform the Committee by 6 p.m. on Dec. 1.

White House spokeswoman Stephanie Grisham said in a statement on Nov. 27 that the White House is “reviewing” the letter to make a decision.

“The White House is currently reviewing Chairman Nadler’s letter,” Grisham said. “But what is obvious to every American is that this letter comes at the end of an illegitimate sham partisan process. The President has done nothing wrong and the Democrats know it.”

Up until this point, the Judiciary Committee has largely been sidelined, with the House Intelligence Committee leading the inquiry and public hearings. The announcement of the hearing is the strongest sign yet Democrats are moving forward with the next step in the inquiry.

House Intelligence Committee Chairman Adam Schiff told his colleagues in a letter on Monday that his committee would work through the break to draft a report and submit it to the Judiciary Committee in accordance with the procedure outlined in the resolution Democrats passed last month. The Judiciary Committee decides if the evidence warrants a House vote on the President’s impeachment.

With reporting from Tessa Berenson.

Write to Alana Abramson at Alana.Abramson@time.com and Madeleine Carlisle at madeleine.carlisle@time.com. 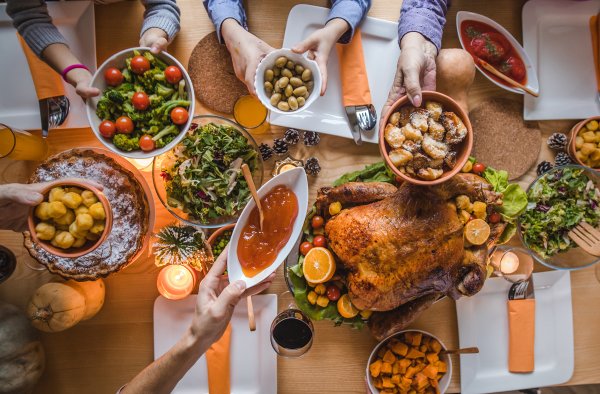 Why Impeachment Makes for Bad Thanksgiving Dinner Conversation
Next Up: Editor's Pick