Koalas Were Already on the Brink in Australia. Bushfires Have Killed 1,000 in 2 Months, Experts Say

A koala that had received global attention after dramatic video footage emerged of its rescue from Australia’s bushfires by a woman who wrapped it in her shirt has died after suffering extensive burns.

Video footage released on Nov. 19 showed the koala, later named Ellenborough Lewis, as it was rescued by Toni Doherty who plucked him from a tree in New South Wales. Doherty took the koala to the Koala Hospital in Port Macquarie but the hospital were unable to save him and put him to sleep today as a result of his severe burns.

“In Ellenborough Lewis’s case, the burns did get worse, and unfortunately would not have gotten better,” the hospital said in a statement. “The Koala Hospital’s number one goal is animal welfare, so it was on those grounds that this decision was made.”

The death comes after Deborah Tabert, chairman of the Australian Koala Foundation, last week estimated that over 1,000 koalas have perished in the fires ravaging the country in the last two months.

Tabert fears that the fires, which have devastated large areas of Australia since Oct. 20, have drastically impacted the already threatened Koala population and their habitat.

Initially wildlife charities estimated that 350 koalas had been killed in the bushfires in New South Wales and Queensland, but Tabart has argued that the figure is much higher.

“If we combine all of the estimated deaths of koalas in the bushfires, there could be 1000 koalas that have been killed in the last two months,” Tabart told Daily Mail Australia on Nov. 22.

“The bushfires have had a massive impact on their population,” she added. “Because of deforestation and now the bushfires, there is so little habitat left and trees with eucalyptus take months to grow back.” The Australia Koala Foundation believes that there are 18,000 koalas in New South Wales alone.

Deforestation in Australia has meant that the koalas were already under threat before the bushfires. In May, Tabart argued that koalas may be “functionally extinct” in Australia and called on Scott Morrison, Australia’s Prime Minister to protect koalas and their habitat by enacting the Koala Protection Act (KPA).

“Functionally extinct” is when a species’ reduced population means that they no longer have enough members to produce future generations or play a significant role in the ecosystem.

The argument that koalas are “functionally extinct” is contested in the scientific field. Whilst their population is falling sharply due to deforestation and climate change, and local populations of koalas are heading towards functional extinction, biologist Christine Adams-Hosking expressed her concern over any general claim on their population status. “Australia is a big country, there are koalas all over the place and some of them are doing fine,” Adams-Hosking told New Scientist in May this year. “You can’t just make that statement broad-brush.”

The Rescue Collective, a Brisbane-based wildlife charity, said on Nov. 24 that animal rescuers were only just now able to enter fire zones on the East Coast of Australia to witness what they described as “a wildlife apocalypse”.

“As the embers cool and the smoke begins to clear, the harsh reality sets in. This is far worse than we could ever have imagined,” they said in a Facebook post.

Amid the bushfire crisis — which has killed six people, destroyed around 1.7 million hectares in New South Wales alone, shrouded Sydney in smoke, and killed animals— Morrison has been criticized for his response.

Morrison argued last week that there was no direct link between the severity of the fires burning across Australia at alarming rates and the country’s carbon emissions, which are among the highest per capita in the world. He told ABC AU during a radio interview on Nov. 21 that there was no “credible scientific evidence” that cutting carbon emissions could reduce the severity of the fires.

“Climate change is a global phenomenon and we’re doing our bit as part of the response to climate change — we’re taking action on climate change,” he said. “But I think to suggest that at just 1.3% of global emissions, that Australia doing something more or less would change the fire outcome this season — I don’t think that stands up to any credible scientific evidence at all.” 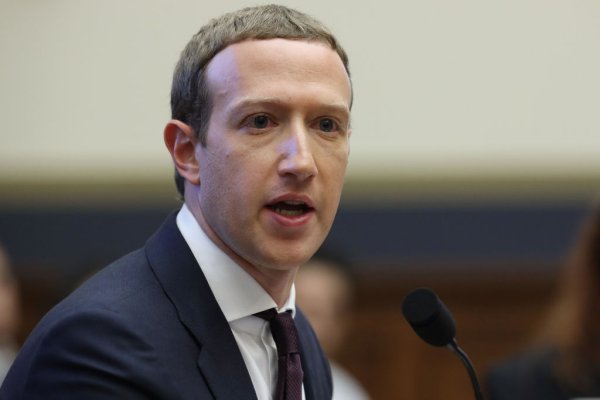 Facebook Says It’s Removing More Hate Speech Than Ever Before. But There’s a Catch
Next Up: Editor's Pick