The Middle Ages Have Been Misused by the Far Right. Here’s Why It’s So Important to Get Medieval History Right

A woman uses a magnifying glass to view pages from a medieval prayer book known as the Belles Heures, on in 2010 at the Metropolitan Museum of Art in New York City.
Stan Honda—AFP via Getty Images
By Matthew Gabriele and Mary Rambaran-Olm

The European Middle Ages seem to be having a moment. Although it’s true that, essentially since the time they ended, the period has been used to justify the shape of an author’s contemporary world, the appropriation of the Middle Ages by white supremacists in the last few years has been particularly notable. These white nationalists have used the Middle Ages as the source of their own “Lost Cause,” referencing, for example, the medieval Crusades as a great defensive struggle in which a unified, white Europe defended itself from a hostile, non-white, Islamic invader—even though this understanding is a myth.

So too, they often rely on a narrative of the “Anglo-Saxons” as an English “race,” a concept that has played heavily in political discourse over the past few hundred years, often repackaged to include false narratives promoting their ideas about racial superiority. But in fact, they perpetuate a 19th century myth that centers on a false idea of what it means to be “native” to Britain. Real evidence from within pre-Conquest England reveals that the term was used almost exclusively in Latin charters, legal documents and early kings’ titles to differentiate the Saxons who lived in England from the Saxons of the continent. Following centuries of sporadic use after the Norman Conquest, the term “Anglo-Saxon” reappeared in the late 16th century and eventually, as the past was refashioned, became an ethno-racial identifier.

But plundering the Middle Ages in order to find the origins of the modern world doesn’t only happen in far-right corners of the web and at racist rallies. It also happens in academic circles, and even among those who may not know they’re doing it. And so it is crucial, even as laypeople, to be on guard against false narratives about the medieval period, to make sure that history is used responsibly.

Within the discipline of medieval studies, scholars have been concerned about the ethics of not just engaging the past itself but how people use it. Last year, scholars Helen King and Monica H. Green invited scientific and biomedical researchers to talk to historians more in order to better understand the state of current research and the implications of making certain claims about the past. The rest of the world would do well to follow their instructions, too. Historical sources, especially those that are translated from other languages, aren’t transparent, can’t be picked apart “cafeteria style” for data.

The consequences of researchers looking to the Middle Ages for “data” are already clear. Notoriously, a misreading of a 13th-century Old Norse saga led to a misunderstanding that sits at the basis of quasi-scientific climate change denial. The tale, of a Viking settler in Greenland who swam over a mile to collect food, was used by an early climate scientist to argue that the climate in medieval northern Europe was marginally warmer than it was in the 20th century.

Likewise, a new article in Science (which has been getting a lot of media coverage) purports to find a correlation between the length of a community’s “exposure” to the “Roman Catholic Church” in the Middle Ages and a decline in cousin marriages. That, in turn, broke up traditional kinship patterns and led to more individualism, hence more democracy, and ultimately, the triumph of “Western Civilization.” This argument fundamentally misreads both the medieval Church and pre-modern European families, in both cases buying into the myth of the “Dark Ages” as a monolithic thousand years of decline after Rome. In addition, the analysis moves backwards from the present, using the author’s assumptions about the nature of the West (“individualistic” and “democratic”) in order to look for its origins. This way of thinking about an invented idea of “Western Civilization” is not neutral, and it is often put to use as an argument in support of white supremacy.

This is, of course, not to say that the scholars of the article in Science are white supremacists. But scientists do need to talk to humanists. When they don’t, they are likely to build their arguments not upon the real Middle Ages but rather upon later assumptions about that period, which were often developed in racist and colonialist contexts.

Fascism thrives on false narratives, particularly those that involve misleading origin myths and manipulation of terminology and symbols to reinforce hate. That makes it essential that we get the past right, especially when false narratives are used to justify so much anti-democratic politics in today’s world.

This applies to the Middle Ages as well. Critics argue that medievalists discussing white supremacist appropriations are being “ideological” and “political” rather than historical, but a close look at actual history shows how much the Middle Ages have always been political. When false historical narratives get a foothold more broadly, it makes it harder for scholars — experts — to correct the record. If we don’t continue to reject language and framing that not only does violence to the past but also supports white supremacy, we may continue on a trajectory that proceeds dangerously to the point where such lies can no longer be corrected.

Matthew Gabriele is a professor of medieval studies and chair of the Department of Religion & Culture at Virginia Tech. Mary Rambaran-Olm is a specialist of Early Medieval England and Digital Humanities. She is currently working on a number of academic publications on race in early medieval England. 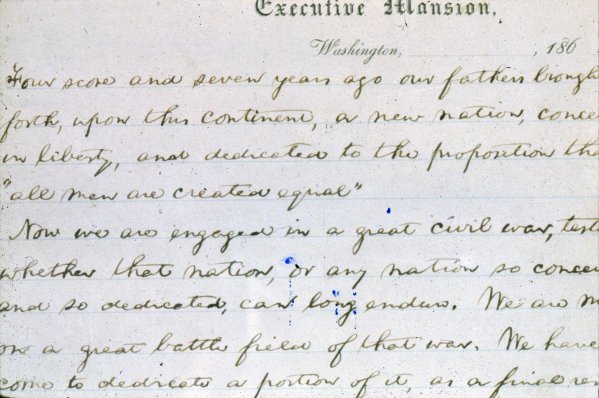