What the Far Right Gets Wrong About the Crusades

Painting by Frederic Schopin (1804-1880) depicting the First Crusade — "Battle delivered under the walls of Antioch between the crusaders led by Bohemond and the army of Karbouka, general of the Sultan of Persia, June 1098"
Leemage/Corbis via Getty Images
Ideas
By Dan Jones
Jones is the author of Crusaders: The Epic History of the Wars for the Holy Lands. He is also the New York Times bestselling author of The Templars, The Plantagenets, Wars of the Roses, and Magna Carta.

In January this year, at a courthouse in Wichita, Kansas, three members of a right-wing militia group were sentenced to a combined total of 81 years in jail for plotting the mass murder of Muslims on American soil.

During the 2016 presidential election campaign, the men – convinced that they had a duty to prevent the American government from ‘selling this country out’ – had stockpiled weapons and attempted to manufacture or buy explosives. And they had picked their target: an apartment complex in Garden City housing Somalian Muslim refugees.

Their plans were foiled by FBI agents, who infiltrated the group and bugged their communications, recording them making detailed plans to detonate car bombs. The plotters discussed the possibility of shooting Muslim people with arrows dipped in pigs’ blood, and they referred to Muslim immigrants and refugees as cockroaches.

The group’s ethos was anti-government, nationalist, and anti-Islamic. In a four-page manifesto scrawled in black, blue and green ink on a spiral-bound notepad they claimed they were ready to rescue the Constitution and prevent the government from ‘illegally bringing in Muslims by the thousands.’ And in case any doubt remained about their feelings toward Muslims in the United States, they called themselves ‘The Crusaders’.

The crusades – the long series of wars fought between 1096 and 1492 under the direction of medieval popes against a wide range of enemies of many different faiths, including Sunni and Shia Muslims – have long been fascinating to the extreme right wing, both in the United States and elsewhere.

The square-limbed crusader cross, often accompanied by the Latin phrase Deus Vult (God Wills It – a catchphrase shouted by warriors during the First Crusade in 1095 -1099AD) is a symbol often spotted on white supremacist marches. Crusader memes, such as an image of a Knight Templar accompanied by the caption ‘I’ll see your jihad and raise you one crusade’, are popular on hard-right talk-boards and Facebook pages. The masthead of the prominent white supremacist website The Daily Stormer features a cartoon image of a crusader knight and the phrase Deus Vult.

Crusader iconography and the language of crusading is usually rolled together with other right-wing tropes and generic threats of violence against non-whites and women. Last month, for example, the FBI arrested 35-year old Eric Lin in Seattle, WA, on charges of sending dozens of racist and threatening Facebook messages to a woman in Miami, in which Lin invoked the authority of Adolf Hitler, promised to cut out the woman’s heart and eat it, called for the death of all Hispanic people and said he thanked God that “President Donald John Trump is President and he will launch a Racial War and Crusade” in which black people, Hispanics and Muslims would be sent to concentration camps.

Sometimes, the crusading rhetoric of online cranks and neo-Nazis is translated into deadly action. Nowhere has this been more chillingly demonstrated recently than in New Zealand, where on March 15th this year a lone gunman murdered more than forty people worshiping at mosques in Christchurch. The assault rifles and automatic shotguns used to carry out his crimes were daubed with the references to crusader battles dating back to the twelfth century AD and the names of crusader warriors including the medieval lord Bohemond of Taranto, prince of Antioch.

In a manifesto explaining his actions, which was emailed to recipients including New Zealand’s Prime Minister, Jacinda Ardern, the killer called his crimes ‘revenge against Islam for 1,300 years of war and devastation that it has brought upon the people of the West. He quoted Urban II, the first pope to preach a crusade, in 1095, and wrote in block capitals: “ASK YOURSELF, WHAT WOULD POPE URBAN DO?”

In harking back repeatedly to the crusading era, the angry young men of the white supremacist far right mirror the language often used by Islamist extremists and ISIS fighters, who glorify suicide bombings and other terror attacks on westerners and Christians (such as the Sri Lanka church bombings of Easter Sunday this year) as strikes against “citizens of the crusader coalition.” Both groups remember with barely concealed glee the unfortunate moment on September 16th 2001 when President George W. Bush stood on the White House lawn and told reporters that “this crusade, this war against terrorism, is going to take a while.”

Fifty pairs of shoes lay outside the All Souls Church representing the 50 people gunned down at the two mosques in Christchurch on March 19, 2019.
Marty Melville—AFP/Getty Images.

It is easy to see why. The crusades have immense propaganda value to anyone who wishes to suggest that the Islamic world and the Christian West are engaged in a permanent civilizational war dating back a thousand years or more, from which there is no escape and in which there can only be one victor.

Superficially, at least, it is possible to read the history of the medieval crusades in such a way. In 1095-6 Pope Urban sent the first crusader armies out of western Europe with the twin aims of attacking Muslim warlords were at war the Christian Byzantine emperor in Constantinople, then seizing Jerusalem from its Islamic rulers, loyal to the Shi’ite caliph in Cairo. From the 1090s until the 1290s, territorial wars were thereafter waged against a variety of Muslim rulers in Syria, Palestine and Egypt.

At the same time, a second theatre of warfare saw clashes between Christian rulers of the petty medieval kingdoms of Spain and Portugal do battle with a variety of Islamic rulers in the southern Spanish region known as al-Andalus: this was the Reconquista, which ran until 1492, when Granada, the last Muslim stronghold on mainland Spain, surrendered to the “Catholic monarchs” Ferdinand II of Aragon and Isabella I of Castile.

Later, from the fourteenth century onwards, Christian rulers and crusading military organizations did battle with armies of the Ottoman empire across the Mediterranean and into eastern Europe and the Balkans. (This is one reason why the anti-Islamic fascist rhetoric is particularly prevalent today in countries like Serbia and Hungary.)

In other words, the medieval crusades did indeed contain a clear spine of conflict between Christian and Islamic powers. It is also true that at certain times, these wars were essentially spiritual: that is to say, making war on unbelievers, either through the crusade or its Islamic equivalent, the jihad, was an end in itself. Yet we do not have to look very far at all to realize that the story is rather more complex than it appears.

For a start, medieval crusades were by no means exclusively fought against Muslims. One of the busiest regions of crusading was in fact the Baltic, where for centuries armies wearing crusader crosses fought against pagans in modern Poland, Estonia, Latvia and Lithuania. In the south of France there was a long crusade in the thirteenth century against heretics known as Cathars (the ‘Albigensian crusade’).

In 1204, during the ill-fated Fourth Crusade, a French and Venetian fleet disgorged an army which laid siege to Constantinople, slaughtering and robbing Greek Christians and burning hundreds of acres of the greatest city in eastern Christendom to the ground. And after the papacy of Innocent III (1198-1216) popes began to use the crusade as a blunt political instrument against their allies, launching crusades against Christian rulers up to and including Holy Roman Emperors – supposedly the secular defender of Christendom in the west.

Into this more nuanced picture, historians will also point out that crusader armies were not exclusively staffed with Christian soldiers. In the Holy Land, Muslim mercenaries such as the light cavalry known as turcopoles were often happy to fight alongside Christians. In 1244, one of the most important battles of the entire crusading period was fought between the sultan of Egypt and an alliance of crusader knights and Islamic forces from the cities of Homs, Aleppo and Kerak. (The crusaders and their allies suffered a crushing defeat.)

Finally, for all that modern zealots like to paint the crusades as a period of mutual hostility between Christians and Muslims, the truth is that the story was more often one of co-operation, trade and co-existence between people of different faiths and backgrounds. A staple of modern crusader memes is the image of a Templar knight preparing to make righteous war on non-Christian unbelievers. Yet the great Syrian soldier-poet Usama ibn Munqidh (d.1188) wrote of the Templars in warm and friendly terms, recounting that when he visited crusader Jerusalem the Templars in their global headquarters would clear out one of their chapels to allow him to pray towards Mecca.

None of this nuanced history tends to appear in the manifestos of terrorists, or would-be car-bombers. They are content, alas, to perpetuate an idea of the crusades that is binary and zero-sum: an us-or-them narrative designed to justify hatred, racist vitriol, violence and even murder. The medieval crusades were a largely dreadful misdirection of religious enthusiasm towards painful and bloody ends. They were neither a glorious clash of civilizations, nor a model for the world as it is today. 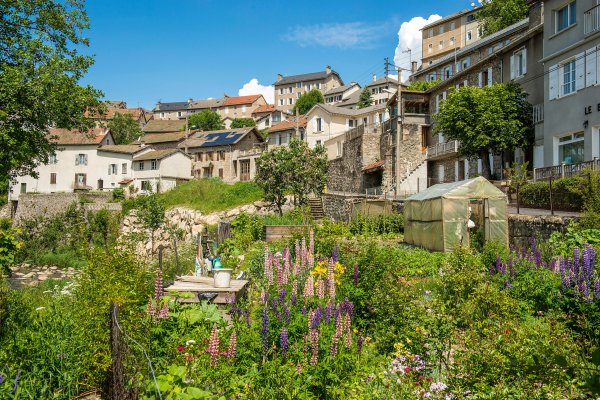 What We Can Learn About Being Good From a Village That Saved Thousands During the Holocaust
Next Up: Editor's Pick