Emilia Clarke has previously spoken out about what it was like to film nude scenes as Daenerys Targaryen on Game of Thrones. She even defended the show in 2017 when it drew criticism for featuring a high volume of sex scenes.

But during a recent appearance on Dax Shepard’s “Armchair Expert” podcast, Clarke spoke about how her views on on-screen nudity have evolved, explaining that she’s felt pressured to shoot naked on post-Game of Thrones projects.

“I’m a lot savvier with what I’m comfortable with, and what I am okay with doing,” she said. “I’ve had fights on set before where I’m like, ‘No, the sheet stays up,’ and they’re like, ‘You don’t wanna disappoint your Game of Thrones fans.’ And I’m like, ‘F—k you.'”

Clarke also said that part of the reason she agreed to the “f—k ton of nudity” in season 1 of Game of Thrones was because of her lack of acting experience.

She also credited co-star Jason Momoa, who played Daenerys’ husband Khal Drogo, for “taking care of me in an environment where I didn’t know I needed to be taken care of.” 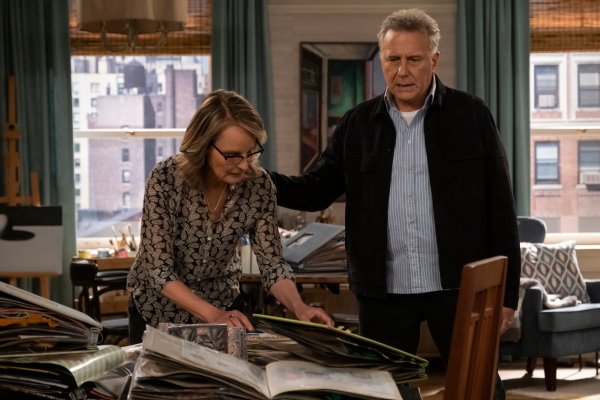 No One Was Clamoring for More Mad About You. The New Season Demonstrates Why
Next Up: Editor's Pick