Emilia Clarke on That Game of Thrones Nude Scene: 'That Ain't No Body Double!'

Game of Thrones actress Emilia Clarke said it was “all her” and not a body double who filmed a key nude scene in Sunday’s episode of the HBO show.

The star, who plays Daenerys Targaryen, had a fiery scene in the new episode in which she appeared nude for the first time in several seasons.

“I’d like to remind people the last time I took my clothes off was season 3,” Clarke told Entertainment Weekly. “That was a while ago. It’s now season 6. But this is all me, all proud, all strong. I’m just feeling genuinely happy I said ‘Yes.’ That ain’t no body double!”

Read More: Game of Thrones’ Women Are Finally Taking Over

Clarke, whose character’s clothes were burned off at the end of the first season, also told the entertainment news outlet that she felt more comfortable shooting the scene this time around from a private closed set in Belfast.

“Taking off my clothes is not the easiest thing, but with the magic of the effects, I don’t have to do a season 1 and go on a cliff and do it,” she said. “I’m in control of it.”

[Read more about the scene at EW.com] 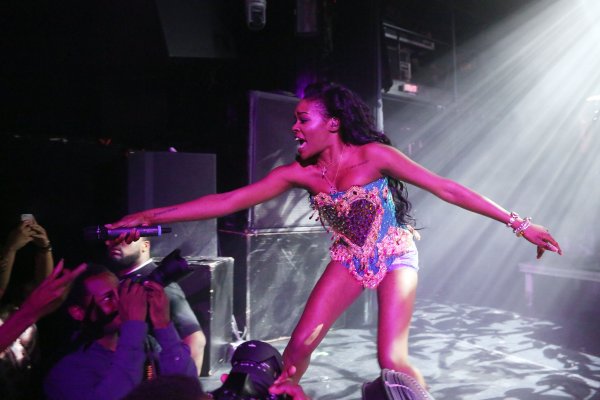