On Thursday night, genre-bending pop star Maggie Rogers performed for a room full of her fellow TIME 100 Next honorees, 100 rising stars who are shaping the future of their fields—from business to entertainment, sports, politics and beyond.

She didn’t disappoint. The 25-year-old played a number of songs off first major-label studio album Heard It In A Past Life, which came out in January. She started with “Give a Little,” which Rogers has said the song was inspired by student activism across the United States.

“It’s such an honor to be here tonight, thank you for having us,” Rogers told the room.

She next performed song “Say It” and hit single “Light On.”

“This is another song about my feelings,” she laughed, before starting “Light On.”

She closed with personal ballad “Fallingwater.”

This year Rogers was chosen for the inaugural TIME 100 Next list for helping shape the future of the music industry. The 25-year-old has had a whirlwind of a year. Since her album debuted in January, she’s sold out shows across the country — include Radio City Music Hall — and performed on Saturday Night Live.

“I admire her for reaching this point in her career without sacrificing her vision. She’s not only an exceptional singer, she’s also an exceptional artist, and it shows,” writes actress Camila Mendes, who knew Rogers in college, for TIME. 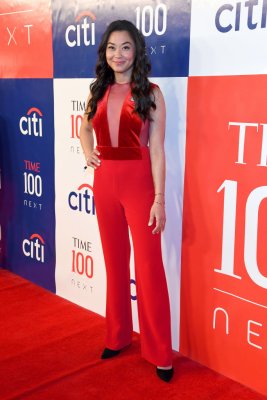 'We Will Not Let Her Disappear Into the Abyss.' Chanel Miller on the Stanford Plaques With Her Victim Impact Statement
Next Up: Editor's Pick