Exhaust air rises from the chimneys of the Moorburg coal-fired power plant into the sky in Hamberg, Germany on November 4, 2019.
picture alliance—dpa/picture alliance via Getty I
By Justin Worland

Countries’ plans to tackle climate change fall far short of what’s necessary to prevent temperatures from rising to an unsafe level that governments have vowed to prevent, according to a new report from the International Energy Agency (IEA). The use of fossil fuels, in particular is continuing to expand globally, putting the world on a dangerous track for increased emissions.

At the heart of the IEA’s annual outlook is energy demand: a measure of how much energy we use to heat our homes, drive our cars and power our factories and, by extension, a measure of our emissions of climate-change causing pollutants. Global energy demand grew by 2.3% in 2018 last year, the largest since 2010, according to the report. And, under policies currently in place, the use of climate-change causing fossil fuels including coal, oil and natural gas will continue to expand in the coming years at a rate of 1.3% per year through 2040.

“The environmental implications of these patterns of energy use are stark,” the report warns. “And a groundswell of initiatives and pressure to mitigate these impacts has yet to make a decisive mark on the data.”

Implementing the plans that countries have already announced changes the outlook. But, while those plans represent an improvement, they still leave energy demand growing 1% annually. In this scenario, the deployment of renewables would grow dramatically but so would the use of natural gas. Importantly, oil and coal would remain significant parts of energy use.

The report uses the target of keeping temperature rise “well below 2°C” as its benchmark for its “sustainable development” scenario. Nearly 200 countries unanimously agreed to that target in the 2015 negotiations that yielded the Paris Agreement. But, while the landmark Paris deal sets global targets, it requires countries to develop their own voluntary commitments to reduce emissions, and countries are falling short.

Since then, scientists have warned that temperatures have already risen 1°C since the Industrial Revolution and that if they rise even half a degree more the world face dramatic consequences including the loss of the world’s coral reefs, climate-induced mass migration and severe threats to the global economy.

The IEA’s “sustainable development” scenario — a potential pathway rather than a recommendation — suggests that energy demand should fall in the coming years to meet the Paris climate targets. That scenario would at the same time foster international development and universal access to energy. Coal use, in particular, needs to decline close to zero while oil also needs to decline dramatically.

To achieve this, the IEA places the ball squarely in the court of government. “The need for clear and effective signals and unambiguous direction is greater than ever,” the report says. 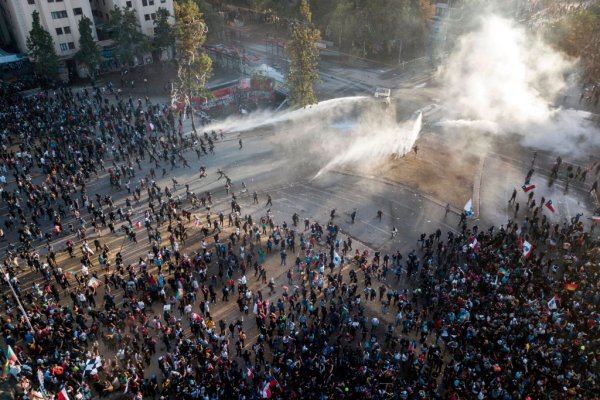 Why Chile’s Inability to Host the U.N. Climate Talks Is Symbolic of the Work Activists Still Need to Do
Next Up: Editor's Pick