By Vera Bergengruen and Alana Abramson

Appearing together before the House Intelligence Committee, William Taylor, who serves the U.S. charges d’affaires in Kyiv, and George Kent, a top U.S. State Department official, described how the official U.S. foreign policy channels had been “undercut by the irregular efforts” led by Trump’s personal lawyer Rudy Giuliani. The hearing played out on national television, which meant Americans heard for the first time directly from witnesses about Trump’s alleged attempts to use military aid to pressure Ukraine to announce an investigation into a political rival.

In the lead-up to the hearing, Democrats had downplayed the notion that any new facts would emerge, since transcripts from both of their closed-door testimonies had been made public. But Taylor provided significant new details about Trump’s involvement, recounting how one of his aides overheard the President ask his Ambassador to the E.U., Gordon Sondland, about “the investigations” in a July phone call. Sondland told the staffer that Trump “cares more about the investigations of Biden” than U.S. policy toward Ukraine, referring to the probes sought by Trump and Giuliani into former Vice President Joe Biden and his son Hunter’s ties to a Ukrainian energy company.

That staffer is reportedly David Holmes, who is slated to testify in closed session on Friday. Trump, who previously said he “hardly knows” Sondland, denied Taylor’s account.

“I know nothing about that,” Trump said, speaking at a press conference with Turkish President Recep Tayyip Erdoğan on Wednesday afternoon. “In any event, it’s more secondhand information, but I’ve never heard it.”

Kent also testified that a major premise of Republicans’ defense of Trump — that the President’s sole motive was to root out corruption in the former Soviet satellite state — was inaccurate. When Republican Rep. Will Hurd called the announcement sought by Trump a “anti-corruption statement,” Kent corrected him.

“That was not an anti-corruption statement, sir,” Kent said. “Rudy Giuliani said it would not be acceptable if it didn’t mention Biden, Burisma and 2016.”

Democrats seemed keen to follow the lead of Rep. Adam Schiff, the committee’s chairman, in poking additional holes in Republicans’ arguments in defense of Trump. At one point, California Rep. Eric Swalwell made sure to ask both witnesses if they were “Never Trumpers” – a term the President has employed frequently on Twitter to rail against those who have testified. “I’m a career foreign service officer,” Kent told Swalwell. “No sir,” Taylor responded.

House Democrats’ decision to lead off the hearings with Taylor and Kent, two non-political career diplomats, was intended in part to underscore a message that Trump’s actions transcend partisan politics and warrant broad concern among foreign service officers. Taylor and Kent are two of 15 current and former U.S. officials who testified before the House in private. Many are career diplomats and mid-level government officials who never expected to become household names. Their testimony was strengthened by skills born of years of government work: meticulous contemporaneous notes, records and memos.

But the difference between Republican and Democrats’ line was stark, the clearest indication yet that the impeachment inquiry is unlikely to garner support in the lower chamber. While Democrats sought to present evidence that Trump had abused the power of his office, Republicans questioned the process and called the inquiry a “carefully orchestrated media smear campaign.”

“I would like to congratulate you for passing the Democrats’ star chamber auditions held for the last weeks in the basement of the Capitol,” Rep. Devin Nunes told the two career diplomats. “It seems you agreed witting or unwittingly to participate in a drama. But the Imain performance, a Russia hoax, has ended, and you’ve been cast in the low-rent Ukrainian sequel.”

Nunes spent much of his allotted time in the early afternoon questioning the two diplomats about unsubstantiated theories that it was Ukraine, not Russia, who meddled in the 2016 election to hurt Trump’s campaign. The President and Giuliani have both spoken about such a collusion conspiracy, including a widely debunked theory that the Democratic National Committee server was hidden in Ukraine, and it was one of the investigations they were pressing the country to open.

Taylor, a veteran diplomat and Vietnam veteran, furrowed his brow as he listened to Republicans lay out these theories, seeming slightly bewildered at having to respond, once responding with an incredulous chuckle — “I don’t know!”

Tom Bossert, Trump’s former Homeland Security Secretary, has called the President’s insistence that Ukraine intervened on behalf of Democrats in the 2016 election “not only a conspiracy theory” but “completely debunked.”

Several Republicans on the committee yielded their time to Reps. Jim Jordan and John Ratcliffe, two of the most vocal defenders of the President in Congress. They pointed out several times that both Kent and Taylor never had direct contact with the President, and were relying on secondhand accounts. Jordan, the top Republican on the oversight committee who is temporarily serving on Intelligence during the hearings, told Taylor “You’re their star witness,” emphasizing that he was a poor choice because he had never spoken directly with the President. Taylor, who seemed taken aback, responded, “Let me just say that I don’t consider myself a star witness in anything.”

The public setting, carried on live TV, meant that lawmakers spent more time trying to get the witnesses to make definitive statements compared to the closed-door hearings where they sought details. At one point, Kent pushed back against Ratcliffe’s questions, saying he was not there to pass judgement.

“I am here as a fact witness to answer your questions,” he said. “Your constitutional obligation is to consider the evidence before you.”

Speaking after the hearing, Schiff noted that Republicans had not spent much of their time challenging the facts laid out by Taylor and Kent.

“There wasn’t much of a Republican effort today to contest these facts,” he said. “What I hope these members think about is what do these facts mean for the future of our country.”

Since the lawmakers on the committee have already heard from all the witnesses who are expected to testify, the public hearings are intended to present their testimony to the public on live television. Ken Hughes, a research specialist at the University of Virginia’s Miller Center with expertise in Watergate and presidential abuses of power, said the importance of public hearings should not be underestimated.

“The attention of voters and citizens will finally be focused on these particular set of facts—what the President did and when, how his own aides witnessed or learned about these activities,” said Hughes. “It will give the public an opportunity to size up these witnesses for themselves.”

With reporting by Tessa Berenson / Washington

Write to Vera Bergengruen at vera.bergengruen@time.com and Alana Abramson at Alana.Abramson@time.com. 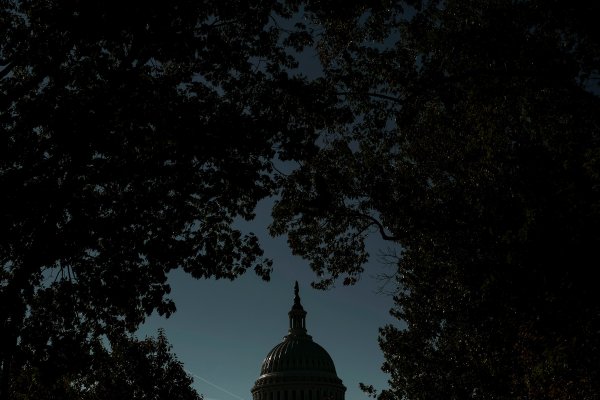 How Impeachment Shows Who We Are as Americans
Next Up: Editor's Pick