It's Not The Deep State That Threatens Trump. It's The State.

Bill Taylor, center, the acting U.S. ambassador to Ukraine, arrives at the Capitol for a deposition related to the House's impeachment inquiry on Oct. 22, 2019.
Tom Williams—CQ-Roll Call/Getty Images
By Vera Bergengruen and Alana Abramson

Since he took office, President Donald Trump has frequently claimed a “deep state” is trying to sabotage his presidency, denouncing a supposed corrupt conspiracy in the U.S. government that he says is working in the shadows to undermine him. But ultimately, Articles of Impeachment against Trump may be drafted on the testimony of career bureaucrats, relying on routine skills built over decades of public service. It’s their credibility, expertise, and meticulous records that may prove the most damaging to a president who has long disparaged such discipline.

That dynamic was on display again on Tuesday, when the top U.S. diplomat in Ukraine defied the Trump administration’s orders and testified before the three congressional committees leading the impeachment probe. Charge d’affaires Bill Taylor’s testimony made “the most compelling case yet” that the White House had withheld military aid to pressure Ukraine to investigate Trump’s political opponents, a person who was present for his deposition told TIME.

Lawmakers coming out of the almost ten-hour hearing said that Taylor filled in the picture drawn by other career officials, including former Ukraine envoy Kurt Volker, former ambassador Marie Yovanovitch, and Trump’s former top White House Russia adviser Fiona Hill. Taken together, the bureaucrats have provided damning context to what Trump meant when he told Ukrainian president Volodymyr Zelensky on July 25, “I would like you to do us a favor.”

Testifying behind closed doors, Taylor tied the president directly to efforts to make military aid to Ukraine contingent on the probes Trump sought for his own political gain. Taylor said he was told that Trump would withhold the aid until the country’s leaders publicly announced investigations into Vice President Joe Biden and his son Hunter, and into unsubstantiated allegations of Ukrainian collusion with Democrats in the 2016 election, according to a copy of his 15-page opening statement obtained by TIME. Taylor called it “crazy” and “weird,” and described in detail his impression of the “irregular, informal channels” used by Trump’s personal lawyer Rudy Giuliani.

Taylor, who is still employed by the State Department, used extensive personal notes but did not share them with the committees. As a career foreign service officer and former U.S. ambassador to Qatar, Dana Shell Smith, noted on Twitter, keeping careful records is second nature to diplomats “because we worried foreign interlocutors might misrepresent conversations.” Taylor’s previous experience as ambassador to Ukraine from 2006 to 2009 added to his credibility.

Not all the witnesses who have come before the committee have engendered respect from Democrats. Taylor’s low-key style contrasted with Trump appointees with little to no experience, like E.U. Ambassador Gordon Sondland, whose testimony he seemed to contradict. In his opening statement, Taylor said that Sondland “tried to explain to me that President Trump is a businessman. When a businessman is about to sign a check to someone who owes him something, he said, the businessman asks that person to pay up before signing the check.” Taylor told lawmakers that argument “made no sense,” because the Ukrainians did not “owe” Trump anything and holding up the aid was against U.S. national security interests.

Where Sondland frequently said he couldn’t remember much of his work in Ukraine, Taylor recalled events with clarity. “There were many things that Ambassador Sondland didn’t remember that Ambassador Taylor remembered in excruciating detail,” Rep. Debbie Wasserman Schultz agreed. “It was less about protecting himself and more about just a lifelong habit so he could recall with accuracy his career,” Rep. Gerry Connolly, a Virginia Democrat, said.

By early afternoon, it was clear that Tuesday’s testimony was “turning out to be more important than some of us expected,” a person who was present for his deposition told TIME. Taylor was not only supporting what other witnesses had said, but also laying out how the administration, at the president’s direction, used military aid to Ukraine that Congress had approved as leverage to extract a partisan political favor “relative not only to 2016, but more important to 2020,” they said.

Although Taylor and other witnesses have worked for both Republican and Democratic administrations, White House Press Secretary Stephanie Grisham condemned their testimony as “a coordinated smear campaign from far-left lawmakers and radical unelected bureaucrats waging war on the Constitution.”

But other normally vocal defenders of the president were notably low-key when approached by reporters about Taylor’s testimony. Rep. Jim Jordan, the top Republican on the oversight committee, said the diplomat’s answers helped the President but declined to say how.

—with reporting by John Walcott/Washington 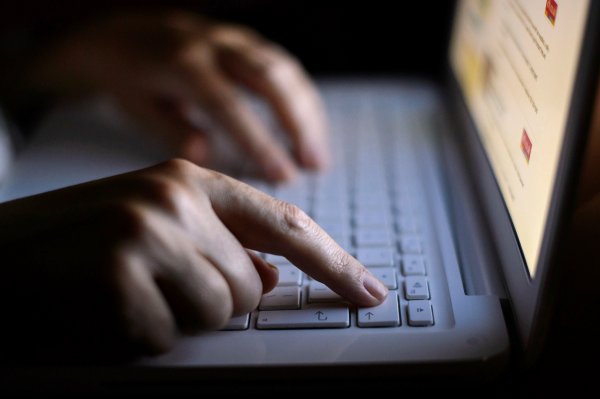 The Information War Over Trump's Impeachment
Next Up: Editor's Pick