When we first published our TIME 100 list of the world’s most influential people 15 years ago, it was dominated by individuals who rose through traditional power structures: heads of state, CEOs of public companies, actors from big-budget blockbusters, leaders of global foundations.

What has been striking about more recent editions is the growing number of individuals who did not need an establishment to command international attention—people like the Parkland, Fla., students who mobilized against gun violence (in 2018) and the climate activist Greta Thunberg (in 2019).

TIME has always been a barometer of influence—and the nature of influence is changing. “Over the last three years, the quiet rumblings of generational change have become a deafening roar,” my colleague Charlotte Alter writes in The Ones We’ve Been Waiting For: How a New Generation of Leaders Will Transform America, a forthcoming book that grew out of her reporting for TIME. It’s a shift happening around the world, and its causes are varied. Among them: the rise of social media; years of declining confidence in established institutions; and, of course, as Charlotte notes, “the physics of time and the biology of human cells.”

With this issue, we launch the TIME 100 Next, a new list—part of an ongoing expansion of our flagship TIME 100 franchise—that spotlights 100 rising stars who are shaping the future of business, entertainment, sports, politics, science, health and more. Although this focus lends itself to a younger group, we intentionally had no age cap—a recognition that ascents can begin at any age. The youngest person on this list, for example, is 14-year-old figure-skating phenom Alysa Liu, who recently became the first U.S. woman to land a quadruple Lutz in competition. The oldest is Ayman Odeh, a politician who, at 44, has emerged as a potential kingmaker in Israeli politics.

In the spirit of the TIME 100, many of our TIME 100 Next profiles are written by more established influencers, including TIME 100 alumni—testament to the powerful ways that influence flows across and between generations. “His actions serve to remind the world that even small nations can take the lead,” writes former U.N. Secretary-General Ban Ki-moon of Carlos Alvarado Quesada, the 39-year-old President of Costa Rica, who has become a global leader in the fight against climate change. Former Speaker of the House Paul Ryan praises Representative Elise Stefanik, who has worked to recruit more female candidates into the Republican Party, as “the future of hopeful, aspirational politics in America.” Tonight Show host Jimmy Fallon nods to the talent of YouTube phenom Lilly Singh, cheekily noting that when she announced (on his show) that she was getting her own late-night program, “The first thing I thought was . . . Oh God, it’s not my show, is it?”

The TIME 100 Next members all have grand ambitions, and they know they may face even greater setbacks. But by and large, “they are driven by hope,” says TIME executive editor Dan Macsai, who oversees the TIME 100 franchise. “They are eager to defy the odds—and fight for a better future.” 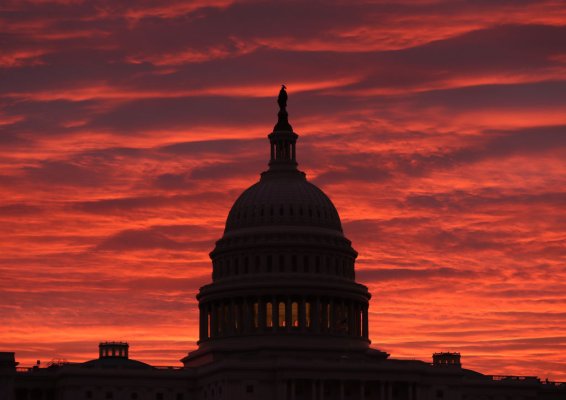 Why Trump's Impeachment Defenses Will Fail
Next Up: Editor's Pick