'We're Not Thinking About Others.' What Hideo Kojima Wants You to Learn From Death Stranding

Nearly four years ago, Hideo Kojima felt alone in the world. The celebrated video game auteur had just left Konami, his corporate and creative home of 30 years. “I had nothing around me,” says Kojima, 56, “but a dream and a passion to create.” As he worked to build Kojima Productions, the company he started after leaving Konami, he realized that, in fact, he had spent his life building connections with fellow creative types, like Guillermo Del Toro and F. Paul Wilson. “Suddenly, I realized I wasn’t alone.”

He stumbles over his words while he speaks under stage lights during an event feting Death Stranding, his long-anticipated, extremely weird, extremely Kojima game. “The game’s about connecting the world,” he says, trying to explain what Death Stranding means. He tells the audience — a collection of Sony Music and RCA executives — about knots, of all things. “What I want to say is that I’m connected to everyone and this connection I don’t want to lose. That’s why I created a knot, so that I will never be parted from you ever. Thank you so much.”

The audience laughed and clapped while Kojima handed off the mic. People drank and schmoozed. Death Stranding stars Norman Reedus and Lindsay Wagner posed for pictures. Kojima talked to an endless stream of people. Everyone wanted his time. Dame Helen Mirren even stopped by.

Despite all that attention, Kojima told me he struggles with loneliness. “I feel always lonely in society,” he says in an interview before the event, speaking through a translator provided by his company. “There are so many people who play games feeling like that, like they don’t belong in this society. They don’t really feel comfortable.” He wants players to share that deep sense of isolation as they play Death Stranding. “You’re all alone playing the game,” Kojima says. “And you’re trying to connect this fractured society by yourself. The world is beautiful, but you’re small, just a tiny speck. You feel hopeless and helpless and powerless. You feel so lonely.”

Death Stranding is a little like an acid trip — you can try to explain it with words, but only having the experience for yourself can really convey what it’s like. In the game, out now for PlayStation 4 and coming soon to PC, players control Sam (Norman Reedus), a courier in a world where death is broken. Ghosts roam the wastelands between the remnants of American cities. No one trusts anyone else. It’s up to Sam to reconnect people by delivering packages and hooking them up to an advanced internet called the “Chiral Network.” It’s weird and I loved it, but I also know some players won’t enjoy the mix of metaphysics, surrealism, and hours spent climbing mountains and doing other mundane tasks.

Along with loneliness, death is a core theme here. As Sam crosses America, he encounters ghosts, or “Beached Things,” that try to pull him into the world of the dead. As the game continues, Sam gets covered in handprints where the dead have touched him. Other characters have a similarly dysfunctional relationship with death. Heartman, a scientist you meet later in the game, stops his heart every 21 minutes to explore the afterlife in search of his lost family. The villainous Higgs believes death is beautiful and wants everyone to get there as quickly as possible. Kojima’s personal take is that the dead are never truly gone from our lives. “You just can’t see them,” he says, “but you’re connected.”

Indeed, Death Stranding’s biggest theme is connection, and Kojima sees a world in disarray. The election of Donald Trump and the Brexit vote in the U.K. directly inspired the game. Video game creators are often reluctant to talk politics, but Kojima doesn’t mince words. According to him, all art, games including, is inherently political — our connections make it so. “We are living in the world,” he says. “Politics is always involved. I can’t create art … while trying to be blind about it. I put myself out in a game. Those parts will come out. If someone doesn’t do that in their works, it means that [they] don’t care about politics at all or maybe is just a weird person.”

Despite its morbid themes, there are signs of life here that betray Kojima’s optimism. As Sam makes his way across America, he builds structures that help him on his quest — a rope to descend mountains, a ladder or bridge to cross a river. If the player leaves these things behind, other players can find and use them too — it’s a kind of hybrid single player/multiplayer experience. You’ll never see another player, but you might see their left-behinds — artifacts that let you know you’re not alone. “Just knowing that, you won’t feel alone anymore,” Kojima says. And while I played the game, I could press a button to make Sam shout. If another player was in the same area as me in their own game world, they would shout back. I couldn’t see them, but just hearing their voice made me feel less alone.

Kojima told me that, while his game asks plenty of big questions, it doesn’t answer all of them — in part because he’s still trying to work out what the answers are. But he’s hopeful that players come away from Death Stranding feeling renewed. “I want players to think about these things and have the energy to live on the next day,” he says.

Kojima isn’t a luddite — it would be hard for someone in the gaming world to eschew technology completely. But he believes that innovations like social media have made it so easy to communicate that people forget to consider the humanity on the other end of a message. “We’re in an era of individualism,” he says. “Everyone is fractured. Even on the internet. It’s all connected, all around the world, but everyone is fighting each other.”

That, he believes, has caused people to feel even more lonely, despite how easy it is to connect with one another. “Right now, communication is too direct,” Kojima says. “That’s the root of it. We’re not thinking about others.” I asked him how we change that. “I don’t have the complete answer,” he says. “I really want people to play Death Stranding and answer themselves. I’m not giving up on it. Social media isn’t just bad things. It really helped me to connect directly to people I would never have had the opportunity to. I feel lonely on it, but I can’t say no.” 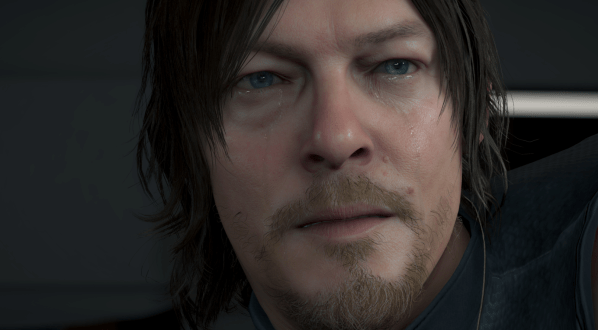 Death Stranding Is the Weirdest Game I've Ever Played, and I Loved Every Minute
Next Up: Editor's Pick