One major reason Americans don’t get enough exercise is they feel they don’t have enough time. It can be difficult to squeeze in the 75 minutes of vigorous aerobic exercise per week that federal guidelines recommend; only about half of Americans do, according to the most recent numbers from the Centers for Disease Control and Prevention. But new research suggests people may be able to get life-lengthening benefits by running for far less time.

In a new analysis of 14 studies, researchers tracked deaths among more than 232,000 people from the U.S., Denmark, the U.K. and China over at least five years, and compared the findings with people’s self-reports about how much they ran. People who said they ran any amount were less likely to die during the follow-up than those who didn’t run at all. Runners were 27% less likely to die for any reason, compared with nonrunners, and had a 30% and 23% lower risk of dying from cardiovascular disease and cancer, respectively. This was true even for those who didn’t log a great deal of time. The analysis grouped people into clusters, with 50 minutes or less per week representing the group that ran the least—but still ran.

“Regardless of how much you run, you can expect such benefits,” says Zeljko Pedisic, associate professor at the Institute for Health and Sport at Victoria University in Australia, and one of the authors of the new analysis published in the British Journal of Sports Medicine.

The analysis is the latest to illustrate the benefits of running on the human body. “It’s what we evolved to do,” says Daniel Lieberman, a professor of human evolutionary biology at Harvard University (who was not involved in the new research). People may no longer chase down prey for their next meal, but running is still helping us survive: as leisure-time exercise, it keeps us healthy. “One of the best ways to avoid having to see a doctor,” Lieberman says, “is to stay physically active.”

The physical demands of running “affect just about every system of the body” in a beneficial way, Lieberman says. Take the cardiovascular system. Running forces it to adapt by “generating more capacity,” he says. “You grow more capillaries and small arteries, and that helps lower your blood pressure.” (High blood pressure is a major cause of health problems and death.) Running is good at guarding against cancer partly because it uses up blood sugar, starving the cancer cells that rely on it for fuel. And it protects you in other ways not necessarily measured in the latest research: by decreasing inflammation, for example, which is at the root of many diseases, and stimulating the production of a protein that improves brain health, Lieberman says. “Vigorous physical activity has been shown to be by far—with no close second—the best way to prevent Alzheimer’s,” he notes.

The good news for people who want the maximum longevity benefits—while spending the least amount of time slapping one foot in front of the other—is that running more than 50 minutes per week wasn’t linked to additional protections against dying. Neither were how often people ran and the pace they kept. As long as you’re running, more isn’t always better, especially given that the risk of injury increases with repetition.

But both Pedisic and Lieberman advise people not to cling too tightly to that number. “We found no significant trends, but it’s not evidence of no trend,” Pedisic says. “To be able to infer something like that, you would need the whole population measured.” (Important, too, is that the results showed a correlation, not causation.)

Of course, people run for life-giving reasons, not just death-defying ones. “Mortality is an important variable to think about, but there’s also illness, and happiness, and vitality,” Lieberman says. “Some people are running in order to stave off Alzheimer’s, and other people to prevent heart disease, and other people because it makes them feel better and others for depression.” No piece of research—including the latest—can define a truly optimal number after which all health perks wane. But one finding is clear: anything greater than zero m.p.h. is where you’ll reap the biggest benefits. 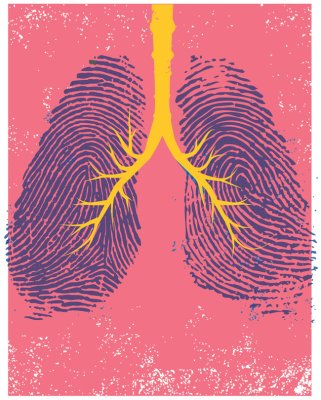 Lung Cancer Rates Among Women Are Falling Much Slower Than Those in Men. Here's Why
Next Up: Editor's Pick