We Shouldn't Impeach Trump on the Basis of Flawed Legal Theory

The President, on Oct. 25
Tom Brenner—Reuters
Ideas
By Robert Ray
Ray is a partner at Thompson & Knight LLP and, as independent counsel from 1999 to 2002, issued the final report in the Whitewater investigation

As the U.S. House of Representatives hurtles toward impeachment ahead of the holidays, it is appropriate to consider, in as dispassionate a way as possible, what really is at issue for the country to decide. One must begin with the words of the Constitution. The removal of the President from office necessarily proceeds only with a determination, through House impeachment and upon conviction by a two-thirds majority in the Senate following trial, that “treason, bribery, or other high crimes and misdemeanors” have been proved. What constitutes a “high” crime? Alexander Hamilton provided the answer in the Federalist papers: only those offenses within Congress’s appropriate jurisdiction that constitute “the abuse or violation of some public trust.”

So while it is fashionable at the moment for some to argue that President Trump is removable from office simply if it is proved that he abused the power of his office during his July 25 call with Ukrainian President Zelensky, the Constitution requires more. To ignore the requirement of proving that a crime was committed is to sidestep the constitutional design as well as the lessons of history. A well-founded article of impeachment therefore must allege both that a crime has been committed and that such crime constitutes an abuse of the President’s office.

The problem for those pushing impeachment is that there appears to be insufficient evidence to prove that Trump committed a crime. Half the country at present does seem prepared to conclude, on the basis of the summary of the Trump-Zelensky call released by the White House on Sept. 25, that Trump at least raised the prospect of an unlawful quid pro quo. The theory seems to be that Trump proposed an exchange of something of personal benefit to himself in return for an official act by the U.S. government. On one side of that alleged quid pro quo would be the public announcement of an investigation by Ukraine into a rival presidential candidate, former Vice President Joe Biden, and a member of Biden’s family. On the other: the release of temporarily withheld foreign aid, including military assistance.

The problem with this legal theory is that an unlawful quid pro quo is limited to those arrangements that are “corrupt”–that is to say, only those that are clearly and unmistakably improper and therefore illegal. But in the eyes of the law, the specific, measurable benefit that an investigation against the Bidens might bring Trump is nebulous. There is a serious question as to whether it could ever constitute a criminally illegal foreign campaign contribution of personal benefit to President Trump. Indeed, the Office of Legal Counsel and the Criminal Division at the Justice Department apparently have already concluded it couldn’t. Just as important, the U.S. Supreme Court and lower federal courts have struggled since at least the early 1990s with application of the federal anticorruption laws to situations like this, where an “in kind” benefit in the form of campaign interference or assistance is alleged to be illegal.

In my view, a fair and better legal argument can be made in this context that only an explicit, as opposed to an implied, quid pro quo would be sufficient to find criminal illegality as the result of President Trump’s words on the call with President Zelensky. What’s the difference? Instead of President Trump saying to his counterpart in Ukraine in words or substance, “Do me a favor …” he would have to have said, “Here’s the deal …” and followed up by explicitly linking an investigation of the Bidens to the provision of U.S. military assistance. None of that, of course, is what was said.

Importantly, we have also learned in a little-noted aside to the widely reported Oct. 17 press conference by acting White House chief of staff Mick Mulvaney that the Administration recognized that it had no authority through the Office of Management and Budget to permanently withhold congressional appropriation of aid to Ukraine beyond the 2019 fiscal year, which ended Sept. 30.

Taken together, these facts mean that whatever your view of whether the President’s call was, in his words, “perfect” or not, the race to impeachment is moving forward on an arguably flawed legal theory of an implied quid pro quo of temporarily withholding foreign aid. It doesn’t help those arguing that the implied and temporary attempt at a quid quo pro necessitates impeachment that the aid was eventually released and disbursed on Sept. 11. Nor does it help them that Ukraine never publicly announced an investigation of the Bidens.

An investigation into the origins of the probe into Russia’s 2016 election meddling, including any Ukrainian matters relating to it, is under way. It is being handled through appropriate channels and with built-in independence by a career prosecutor, John Durham, the U.S. Attorney in Connecticut, and presumably outside of political interference at Main Justice in Washington. If Durham finds actual evidence warranting investigation of the Bidens, that would be entirely appropriate, unless one is prepared to argue, speciously, that a presidential candidate enjoys absolute immunity from investigation during the course of a campaign. So things are finally in the right hands.

That is not to say that the “no harm, no foul” argument excuses the evident lack of judgment exhibited by the White House in attempting to spur action by a foreign government outside of proper channels to investigate a political rival. But it is another thing altogether to claim that such conduct is clearly and unmistakably impeachable. If recent polls are any guide, many fair-minded Americans seem prepared to accept that even if such conduct was wrong, it was not so seriously wrong as to warrant removal from office.

At this point nothing appears to stand in the way of the House’s intemperate and unreasonable vote to impeach. In Hamilton’s words, events are proceeding “more by the comparative strength of parties than by the real demonstrations of innocence or guilt.” It will be left instead to the U.S. Senate sitting as a court of impeachment with the “requisite neutrality” and the nation’s best interests in mind to render judgment and put a stop to what is an undeniably, and all but exclusively, partisan effort to remove this President from office. Only then can the country return to the business at hand, which is the fast-approaching 2020 election, now less than a year away, and the other important and pressing matters before the nation. 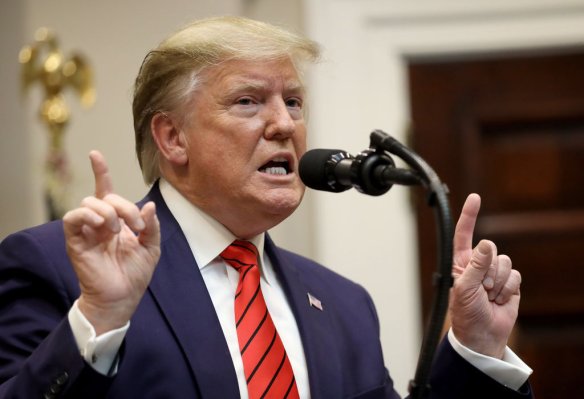