As firefighters continue to battle the remaining wildfires across California, the CEO of Pacific Gas & Electric Co. Bill Johnson said Friday that struggling Californians still have their houses because of blackouts coordinated by the state utility company, sparking outrage among many.

PG&E has faced widespread criticism for its reliance on planned public safety blackouts that intend to prevent electrical equipment from sparking fires. Some experts say the disruptive move may do more harm than good.

An ABC7 reporter had asked Johnson on Friday what he would tell low-income families who are being forced to clear out and restock their refrigerators because of the power outages. Johnson responded by saying that “the main thing is, we didn’t cause any fires” or “burn down any houses.”

“The Kincade Fire is still under investigation — I got that — but one of the things we did was give them the opportunity to actually refill their refrigerator cause their house is still there,” Johnson said.

PG&E has long faced scrutiny for its role in wildfires in California. After last year’s deadly Camp Fire killed at least 88 people and decimated the town of Paradise, PG&E said that its equipment was probably what caused the blaze, according to the New York Times. This May, a Federal District Court judge ordered directors of the utility company to visit Paradise and create a new safety committee, the Times reported. A month later, the company reached a $1 billion settlement with California cities, counties and agencies for damage caused by the fire, the Wall Street Journal reported.

State senators were quick to push back on Johnson’s comments.

California state Sen. Mike McGuire called the statement “out of touch” and “outrageous” in a tweet on Friday.

State Sen. Scott Weiner said Johnson’s comments were “gross” and that he would work to pass legislation that would “force PG&E to compensate people” for spoiled food and other damages caused by the company’s blackouts.

California Gov. Gavin Newsom has been vocal in his criticism of PG&E, saying that they need to be held accountable for “decades of mismanagement” and “focusing on shareholders and dividends” over the public. On Friday, he threatened to take over the company if it did not get out of bankruptcy. But Newsom has also cautioned the public not to target workers on the ground. After reports that PG&E workers were being threatened, Newsom said during a press conference on Thursday that, “They didn’t create this mess. They’re trying to fix it,” The Sacramento Bee reported.

PG&E said on Friday that it had “restored power to nearly all customers” who lost power during the coordinated power outages between Oct. 26 and Oct. 29. “No one wants” these kinds of shutdowns “but it is necessary to protect our customers and communities,” Johnson said in a statement.

PG&E previously said that the company’s power outages, at one point, had affected nearly 2.7 million people, the Associated Press reported. PG&E’s power lines could have been responsible for two wildfires in the San Francisco Bay Area, the company said Monday, according to the AP. 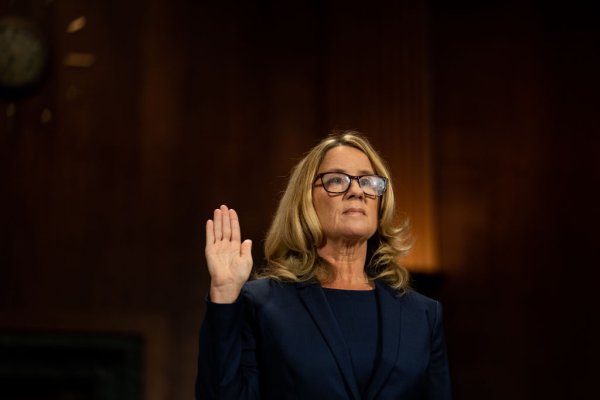