One person has died and eight people have been hospitalized due to salmonella linked to ground beef, the Center for Disease Control (CDC) said in a statement Friday afternoon.

The statement said that the CDC, the United States Department of Agriculture, and state-level public health and regulatory officials are looking into the outbreak of Salmonella Dublin in six states. Salmonella Dublin is a strain of bacteria often found in cattle, but can also infect humans and cause bloodstream infections.

As of Friday, there have been ten reported cases of the infection linked to ground beef: eight people have gone to the hospital and one person has died. There was one case in Texas, Oklahoma and Iowa, two in California and Kansas, and three in Colorado. One person died in California.

Officials have not yet identified a single common source of the ground beef that is believed to be spreading the Salmonella Dublin based on epidemiological and laboratory evidence. According to the CDC, the sick individuals reported eating different brands of ground beef at different locations.

The ages of those infected range from 48 to 74 and 80% are male. Their illnesses began between Aug. 8 and Sept. 22. The statement says that some illnesses might not have been reported yet, because it takes two to four weeks between someone getting sick and the illness being reported.

“Of nine ill people with information available, eight (89%) were hospitalized, which is much higher than we would expect for Salmonella infections,” the statement reads. “The hospitalization rate is usually about 20%.”

“In five (50%) ill people, Salmonella was found in samples of blood, which indicates their illnesses may have been more severe.” it continues.

The statement stresses that the “CDC is not advising that consumers stop eating thoroughly cooked ground beef, or that retailers stop selling ground beef.” Rather, it is reminding the public to not eat raw or undercooked ground beef, and to use a food thermometer to the make sure the meat reaches a safe internal temperature when cooking.

Symptoms of Salmonella include diarrhea, fever and stomach cramps, and usually lasts four to seven days. 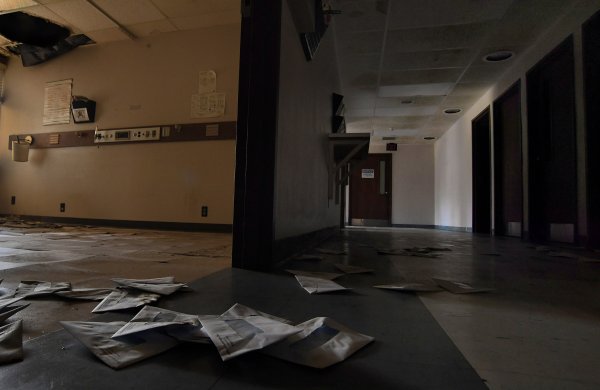 2020 Democrats Need Rural Voters. Can They Win Them Over By Fixing Rural Healthcare?
Next Up: Editor's Pick