You’re Not Imagining It: Food Recalls Are Getting More Common. Here’s Why

Lately, it’s felt like there’s a new food recall each week, striking everything from romaine lettuce to Ritz crackers. And a new report from the non-partisan Public Interest Research Group (PIRG) says that phenomenon isn’t in your head: Food recalls are actually getting more common.

The total number of food recalls in the U.S. increased by 10% between 2013 and 2018, hitting a peak of 905 in 2016, according to the report. Class I recalls — those based on a “reasonable probability” that contaminated food could cause health problems — of meat and poultry rose by 83% during this time period, the report says. Those figures are based on data from the Food and Drug Administration (FDA), which inspects products including processed foods, cheeses and produce, and the U.S. Department of Agriculture (USDA), whose Food Safety and Inspection Service is responsible for meat and poultry.

What’s causing the uptick, and should consumers be worried? It depends who you ask.

Matt Stasiewicz, an assistant professor of applied food safety at the University of Illinois, says climbing recall figures don’t necessarily spell disaster. Recall numbers, like most statistics, tend to ebb and flow, Stasiewicz says — for example, the new report shows that there were fewer recalls in 2017 (817) and 2018 (703) than in 2016, after steady increases from 2013 to 2016.

And even if recalls are getting more common, Stasiewicz says that doesn’t automatically mean more pathogens are ending up in the food supply, since “the vast majority” of recalls are precautionary and “not linked to any illness.” Indeed, Centers for Disease Control and Prevention data suggests that rates of food-borne illness have remained relatively stable in recent years, affecting about 48 million Americans annually.

More recalls could even be a good thing, says Jaydee Hanson, policy director at the Center for Food Safety. Growing numbers could suggest that more companies are voluntarily recalling their products as soon as a potential public health threat surfaces, Hanson explains — a trend he says is likely related to the Food Safety Modernization Act (FSMA), a 2011 law that gave the FDA more powerful enforcement mechanisms.

Adam Garber, who oversees consumer safety at PIRG and co-authored the new report, allows that companies might be triggering more voluntary recalls, and says scientific testing and tracing methods are now allowing investigators to pinpoint food-safety issues more quickly and accurately. But he says these explanations don’t tell the whole story.

One big problem, Garber says, is that regulations and enforcement mechanisms are not keeping pace with changes in food production, which is becoming increasingly industrialized and interconnected.

Meat production operations are getting larger and larger, Garber says. And the more animals that pass through these facilities, the more chances there are for the spread of pathogens. (Stasiewicz agrees that growing companies are leading to more recalls, but puts a different spin on it: Corporations have the resources and legal impetus to trigger a recall, but artisanal and local producers may not, he says.)

Garber says food safety issues continue because legislative and policy regulations aren’t updating at the same rate that farms are growing, pointing to antiquated laws — like one that allows producers to sell salmonella-tainted meat as long as it’s meant to be cooked. “It’s less of a trend and more of a failure to take action,” Garber says.

If anything, Hanson says, regulations may be getting more lax. The Trump Administration, for example, is now allowing some poultry plants to send up to 175 birds per minute down the line for inspection, up from previous limits of 140.

“Officially, it’s all still being inspected. But it’s being inspected at such a high rate of speed that you can’t really say it’s being inspected,” Hanson says. “I have no idea how they could possibly inspect 170-some chickens going by a minute. The chicken’s got to be bright orange or something to get pulled off the line.”

Representatives from the FDA and USDA were not available for comment, as both agencies are experiencing lapses in funding during the government shutdown — which could also contribute to more food safety issues, experts say. A USDA spokesperson did tell TIME, however, that, “Meat, poultry, and egg products inspections, recalls, outbreak investigations, and all other activities required to protect human life and property continue during the shutdown.”

Produce farms also increasingly house livestock or border animal farms, Hanson says. Cross-contamination from animal manure and runoff can cause pathogens like E. coli to spread to fruits and vegetables, as was suspected to be the case with last year’s romaine lettuce outbreak in Arizona. Although processed food and produce recalls only increased by 2% between 2013 and 2018, according to the new report, Hanson says he suspects this production style may be shifting the source of food-borne illness outbreaks toward leafy greens and other vegetables.

Changing production styles may be affecting non-perishable foods as well, Garber says. Last year, for example, big-name producers like Pepperidge Farms, Mondelez International and Flower Foods all had to pull products because their shared whey powder producer had a salmonella scare.

Despite these issues, Garber says there have been some signs of progress over the past decade, from the Food Safety Modernization Act to improved scientific techniques. But, unlike Hanson, he doesn’t view rising recall numbers as a good thing, and argues that the federal government needs to implement more stringent policies to stop food safety issues at the source.

Asking “whether we’ve always had these food safety problems and now we can see them better, or if the problem is actually getting worse, misses the point,” Garber says. “Americans really should be confident that our food is safe and uncontaminated from dangerous bacteria like E. coli and salmonella.” 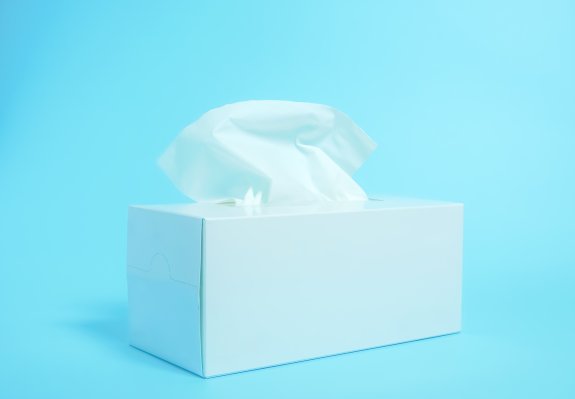 Here's How Many People Have Gotten the Flu This Season
Next Up: Editor's Pick