Heart Failure Is Killing More Americans. Can the Health Care System Keep Up?

A rapidly aging U.S. population, as well as high rates of obesity and diabetes, are causing more people to die from heart failure and other heart problems, according to a new report published in JAMA Cardiology. That’s bad news not only for patients, but also for the U.S. health care system.

Heart disease remains the leading killer of Americans, but improvements in public health and medicine over the last few decades have driven cardiovascular mortality rates way down. In recent years, however, that progress has slowed, and declines in heart disease mortality have been more modest. Some studies even suggest cardiovascular death rates are rising among younger adults, due in part to widespread obesity and Type 2 diabetes.

The new study, which drew on data from death certificates filed from 2011 to 2017, points to another reason heart health may be at risk: The U.S. population is simply getting older. The study points out that the 65-and-older population in the U.S. grew by almost 23% from 2011 to 2017 (compared to 2% growth for the under-65 population).

Age is one of the top risk factors for cardiovascular issues and, despite the worrying increases in heart problems among younger people, adults older than 65 still account for the vast majority of heart disease deaths in the U.S. While the heart disease mortality rate dropped slightly from 2011 to 2017, it wasn’t enough to compensate for significant growth in the aging population, according to the paper. As a result, the total number of deaths associated with heart disease actually rose by 8.5% from 2011 to 2017.

Heart failure—which occurs when the heart can’t pump enough blood—appears to be the most pressing concern, according to the report. From 2011 to 2017, the heart failure mortality rate increased by almost 21%, translating to a 38% increase in the number of deaths attributed to the condition. In 2017, more than 350,000 death certificates listed heart failure as either the primary or contributing cause of death, according to the paper.

Those increases could spell trouble for America’s already overburdened health care system, which will only become more strained in the coming years. With the U.S. population only getting older—the 65-and-over population is expected to grow by 44% from 2017 to 2030—the health care system needs to focus on heart disease detection and prevention as well as treatment, the study authors write. 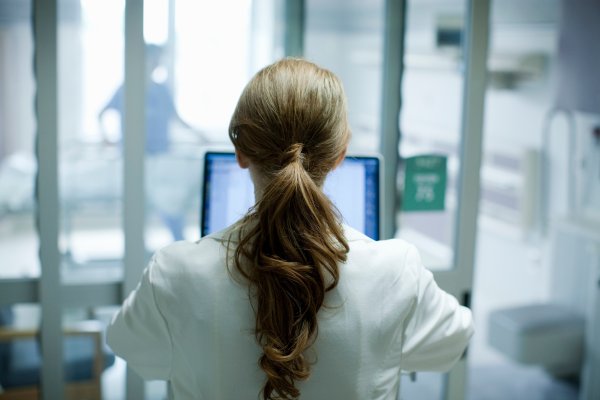 Harassment and Discrimination Are Leading to Burnout Among Female Doctors, Study Says
Next Up: Editor's Pick