Heart Problems Are Killing More Americans—Even Younger Ones. Here’s How to Reduce Your Risk

The heart health of younger Americans may be declining, even after years of medical progress.

Heart disease is, and has for years been, the leading cause of death among American men and women. But for decades, medical and therapeutic advances were enough to drive down cardiovascular death rates. More recently, however, that progress has stalled and the trend has begun to reverse, with certain populations seeing rising rates of some heart issues.

In a new research letter published in the Journal of the American College of Cardiology, which was based on national death certificate data, researchers charted an increase in heart-failure-related cardiovascular death rates among younger adults (those ages 35 to 64) over the last decade. The most dramatic increases were among black Americans, the researchers found.

Those increases may be at least partially due to the epidemics of obesity and Type 2 diabetes, says co-author Dr. Sadiya Khan, an assistant professor of cardiology and preventive medicine at Northwestern University’s Feinberg School of Medicine. “The growing prevalence of obesity and diabetes is now outweighing the progress we’ve made,” in terms of medications, treatments and surgical procedures.

Obesity and Type 2 diabetes, two risk factors for heart failure and other heart problems, are both widespread among Americans — even young ones. Nearly 40% of American adults are considered obese and nearly 10% of the population has diabetes, according to federal data. Black adults have higher-than-average rates of obesity and Type 2 diabetes. High blood pressure, another risk factor for heart failure, is also widespread among black men, Khan says. “Young black men are dying of heart failure because of uncontrolled, unrecognized or under-treated hypertension,” she says.

Those discrepancies must be addressed, Khan says, but all Americans need to think about their heart health earlier. The idea that heart problems only affect older adults is becoming increasingly outdated; in addition to Khan’s research, a study published in February found that younger American women are having more heart attacks.

To help prevent heart problems, everyone should aim to avoid becoming overweight, developing high blood pressure and smoking, Khan says. Since these risk factors are closely interconnected — obesity and smoking both raise the odds of developing high blood pressure, for example — many of the same lifestyle practices can help achieve all of those goals.

Eating a nutritious diet and exercising regularly are good for the heart independently, and they also help with weight management and blood pressure control. Research suggests that a diet rich in produce, whole grains, nuts and healthy fats such as olive oil is one of the healthiest for the heart, and federal guidelines recommend at least 75 minutes of vigorous aerobic activity or 150 minutes of moderate aerobic activity each week to ward off chronic disease. (But some exercise is always better than none.)

Since there’s some evidence that the consequences of risk factors such as obesity and hypertension compound over time, potentially leading to more severe outcomes the longer they’re present, even children and young adults should take these behaviors seriously, Khan says. Research has even shown that adhering to healthy lifestyle habits like these can cancel out some genetic risk of heart disease.

“Those things are really hard, but they are really important and they can essentially completely eliminate the risk of heart disease and heart failure [for many people],” Khan says. “Targeting even earlier in the life course is likely to be the most effective prevention strategy.” 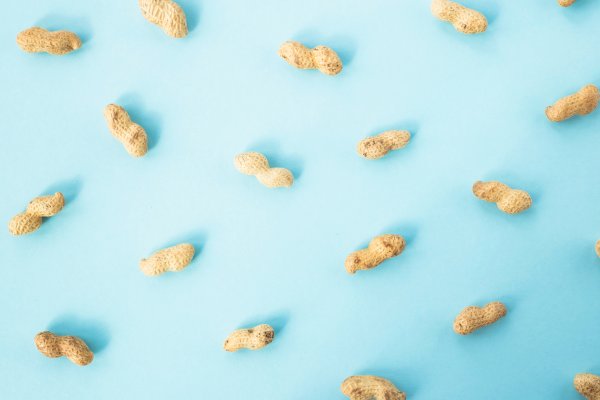 A Promising Peanut Allergy Treatment May Not Work So Well After All, Research Review Says
Next Up: Editor's Pick