Following his elimination from Dancing with the Stars on Monday night, Queer Eye‘s Karamo Brown doubled down on his support of former Trump administration press secretary Sean Spicer.

While speaking with reporters, Brown said that he and Spicer have formed a bond despite being politically opposed.

“My goal coming into this was to introduce myself to people who have never seen Queer Eye, to let them know who I am,” Brown told reporters, according to People. When Spicer’s participation in the long-running reality show was first announced, Brown had defended his casting and said on Twitter “I’m excited to sit down w/him and engage in a respectful conversation.”

“I have literally every day been planting seeds in his heart,” Brown said on Monday of his relationship with Spicer. “And literally, I could see each week those seeds … blossoming.”

“And if I can touch his heart, I’m about to go through and make a tour of Washington!” he concluded. “I still want Trump out of office, but you know.”

Brown also acknowledged the backlash he had received for what he described as showing Spicer “kindness,” saying, “I started this show with people telling me, ‘You’re horrible, you’re crazy, you’re stupid.’ Because I showed someone who has a different political view than mine kindness.” Brown had previously told Entertainment Tonight that he, and his children, received death threats.

Read more: Sean Spicer Was an Extremely Good Sport on “Dancing With the Stars.” That’s Exactly the Problem

When Dancing with the Stars announced that Spicer as one of this season’s contestants, many took to social media to address their concerns.

One of the critics was Tom Bergeron, who’s hosted the show since its debut in 2005. He posted a statement on Twitter saying he opposed any political figures being a part of the show.

“I think that it’s been great getting to know [Brown], getting to discuss things with him,” Spicer told People. “And so it’s tough to watch somebody that you’ve really got close to go home when you know how hard they’ve worked and how much progress they’ve made.” 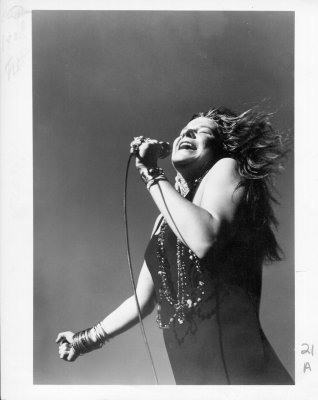 'If I Fail, I’ll Fail in Front of the Whole World.' How Janis Joplin Became The Singer Who Wouldn’t Settle
Next Up: Editor's Pick