The Iconic Photo of Her Helped Fuel Sudan's Revolution. Now, She and Other Women Are Being Sidelined

Alaa Salah, a Sudanese woman propelled to internet fame after clips went viral of her leading powerful protest chants against President Omar al-Bashir, attends a demonstration in front of the military headquarters in the capital Khartoum on April 10, 2019.
AFP/Getty Images
By Katie Reilly

The photo of Alaa Salah—standing atop a car in a white toub, leading a crowd of protesters in a chant—made her famous across the world and helped fuel the revolution that ousted President Omar al-Bashir from 30 years of authoritarian rule in her native Sudan. It also came to symbolize the integral role women played on the front lines of the pro-democracy protests, where they often outnumbered men.

But six months later, Salah says women are being excluded as Sudan struggles to form a democratic government. The 22-year-old and other Sudanese advocates for women’s rights traveled to the United Nations in New York City this week to ask for international support as they fight for equal representation in their new government.

“Women led resistance committees and sit-ins, planned protest routes and disobeyed curfews, even in the midst of a declared state of emergency that left them vulnerable to security forces. Many were teargassed, threatened, assaulted and thrown in jail without any charge or due process,” Salah told a United Nations Security Council meeting on women, peace and security on Tuesday. “However, despite this visible role, despite their courage and their leadership, women have been side-lined in the formal political process in the months following the revolution.”

After al-Bashir was forced out, military and opposition leaders negotiated a power-sharing agreement in August, but only one woman participated in those talks, Salah said. Women now hold two of the six civilian positions on an 11-member Sovereign Council that will rule Sudan until elections are held in just over three years, Reuters reported. Under al-Bashir, 25% of seats in Sudan’s parliament were reserved for women, and no women served on his cabinet, according to Reuters. Salah and other activists are pushing to achieve 50% female representation in their new government.

Speaking through an interpreter, Salah tells TIME she wants the government “to listen to women as well” in order to achieve “the Sudan that [we] all envisioned.”

Salah, an architectural engineering student in the Sudanese capital, Khartoum, became a symbol of the revolution when her photo went viral in April.

“My life changed after that picture,” Salah tells TIME. “Whenever I have the chance to help my people and serve my people, I will take it.”

Salah says it will be clear the pro-democracy movement has been successful when they see women occupying half of the decision-making leadership roles within the government, and when the political process includes people of different faiths and ethnicities.

Women, who suffered decades of oppression under al-Bashir’s regime, were at the forefront of months of mass demonstrations in Sudan.

“The government had been, for 30 years, systematically attacking women through the laws, discriminatory laws and policies,” Samah Jamous, another Sudanese activist who attended the U.N. event, tells TIME through an interpreter. “It just reached its point where they could not take [it], and the only way to really live the life that we deserve was by having this regime out.”

The protests began last December as Sudanese took to the streets over economic hardships—including the sharply rising cost of bread, shortages of food and fuel and limits on bank withdrawals — and frustration with the regime of al-Bashir, an accused war criminal who now faces charges of corruption and money laundering. He was ousted on April 11.

But military leaders seized power in al-Bashir’s absence, tempering the sense of victory among Sudanese protesters. Protests continued, pitting the generals against pro-democracy activists, who called for a civilian-led government. That tension erupted in a violent crackdown by paramilitary forces in early June, when more than 100 people were killed and dozens were sexually assaulted, according to a doctor’s organization aligned with opposition protesters.

“Given women’s pivotal role in working towards peace and development, in the promotion of human rights, and in providing humanitarian assistance to communities in need, there is no excuse for us not to have an equal seat at every single table,” Salah said at the U.N. “After decades of struggle and all that we risked to peacefully end Bashir’s dictatorship—gender inequality is not and will never be acceptable to the women and girls of Sudan.”

A Sudanese anti-regime protester speaks on his mobile telephone in Khartoum as he walks past a huge billboard bearing an image of Alaa Salah on on April 11, 2019.
AFP/Getty Images

In addition to equal representation, a coalition of Sudanese women’s civil and political groups has advocated for laws that protect the rights of women and girls, and called for people to be held accountable for sexual and gender-based violence committed before, during and after the revolution.

“We see, every day, a committee that has been formed, and again and again, it’s all men—which is very frustrating,” Jamous says. “Despite what they say, when it comes to implementation, they just go back to the same mindset that does not see the women around—or does not see them as suitable candidates to be in such positions.”

The movement in Sudan is one of many mass protests that have taken place this year in countries around the world. Protests by hundreds of thousands of people in Hong Kong have stretched into a fifth month, and in Lebanon, Prime Minister Saad Hariri stepped down on Tuesday, following nearly two weeks of anti-government demonstrations.

She and other activists say they’re cautiously optimistic about where Sudan is headed now, hoping the country will eventually have the civilian-led government they fought for. If not, Jamous says they’re prepared to protest once again: “The streets are there.” 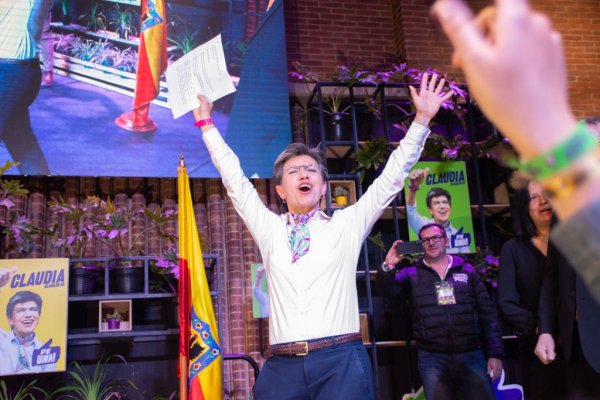 Women in Colombia Endured Horrific Abuses During Decades of Conflict. Now the Female Candidates Who Won in Elections Will Reshape the Country
Next Up: Editor's Pick