Many people say that hip-hop was birthed by DJ Kool Herc on a 1973 summer evening in the Bronx. Others point to the release of the 1979 Sugarhill Gang song “Rapper’s Delight” as the moment when the genre was catapulted into the national consciousness.

But several years before either of those moments, Rudy Ray Moore was rhyming over a beat. On his 1970 album Eat Out More Often, the comedian, propelled by a backing band, spit profane and slang-laced poems about America’s mystical underbelly of prostitutes, hustlers and thieves — including one character named Dolemite, a slick-talking, karate-chopping pimp who exposed corrupt officials and defeated seedy rivals.

This quasi-musical performance of Moore’s recording is dramatized in Dolemite Is My Name, a new film that arrived on Netflix on Friday and stars Eddie Murphy as Moore, who died in 2008. The film traces Moore’s reinvention from struggling comedian and record shop employee to movie star in his own film, Dolemite, which would become a beloved cult favorite in 1975.

But while the movie faithfully depicts Moore’s rise, it ends before it can explore the primary way he remains influential in modern culture: through hip-hop. At every step of hip-hop’s four-decade history, artists have imitated not only Moore’s rhyming style, but nearly every facet of his act. “All these things that hip-hop became — the image, the swag, the independence, the sh-t-talking — he was it before it was called hip-hop,” the West Coast hip-hop pioneer Too $hort tells TIME.

While Moore’s act would be considered decidedly misogynistic today, he put forth an alluring alternative model of success for black men, and his do-it-yourself spirit paved the way for generations of musicians and entrepreneurs. Below, several prominent hip-hop artists from across the decades — Too $hort, Big Daddy Kane, Del the Funky Homosapien and Luther “Uncle Luke” Campbell — talk about Moore’s impact on their own art.

“He was the first really to be rapping”

Moore’s rapping on Eat Out More Often was a far cry from what hip-hop would become: his words weren’t rhythmically aligned to the music, and the beats were jazzy as opposed to funk-based. But his unique, bombastic delivery on that record — filled with black vernacular, growling catchphrases, and eye-popping profanity — set many precedents. His theme song to Dolemite’s 1976 sequel, The Human Tornado, got even closer to rap before it was rap: over a funky breakbeat, Moore crooned a few lines before spitting a rapid-fire, multi-syllabic bar: “I don’t want no dilapidated seep-sapping pigeon-toed, cross-eyed, bow-legged son-of-a-gun messing with me,” he snarls.

When Del the Funky Homosapien was a teenager starting his rap career in the early ’90s in Oakland, he was introduced to Dolemite at a friend’s recording studio and was bowled over by Moore’s verbal prowess. “I was like, ‘This is wild,’” he told TIME. Intrigued, Del went back through Moore’s discography and realized it contained the blueprint for rap. “I would be studying his monologues — how to really rap,” he says. “He was the first really to be rapping damn near like that… Having people captivated just by how you’re talking. I wanted to see how he was doing it.”

Del would go on to achieve critical acclaim throughout the ’90s for his tongue-twisting and off-kilter bravado. Meanwhile, another rapper had ascended out of the same city wielding a profane boisterousness: Too $hort. Of all the rapper’s colorful obscenities, he became known for a particular curse word — ”b-tch” — that he delivered in a way not dissimilar to Rudy Ray Moore. Too $hort says this is no accident, given that he saw The Human Tornado “probably a hundred times.”

“There’s no way on earth I could ever fix my mouth to say I’m not influenced by him,” he says. “Part of the makeover of Too $hort comes from listening to Rudy Ray Moore’s rhythmic cadence, his attitude, the way he curses.”

Moore’s influence on rapping was not just stylistic but structural. On his records, he weaved long-winded and uproarious narratives about society’s underworld, full of sexcapades and brawls. Curtis Sherrod, the executive director of the Hip Hop Culture Center in Harlem, says that Moore provided a direct link between griots — West African historians and storytellers — and more recent hip-hop narratives. “He didn’t know he was a griot, but it was in his DNA,” Sherrod says. “He was able to tell stories and captivate audiences who were experiencing oppression and needed to have an hour window into this fable mystery fantastic life he gave you.”

In the years to come, comedic storytelling that often involved sex and violence, from Slick Rick’s “La Di Da Di” to Biz Markie’s “The Vapors” to Snoop Dogg’s “Murder Was the Case,” would become an integral part of hip-hop’s DNA.

When Kanye West rapped “we never had nothing handed, took nothing for granted” on the opening song to his debut record The College Dropout, he could have been talking about Rudy Ray Moore. Dolemite Is My Name depicts Moore’s struggle to be taken seriously when trying to break into the film industry: he was repeatedly told by executives that his lewd and black-oriented sensibilities were unsuitable for mass consumption. But Moore wouldn’t take no for an answer: he spearheaded Dolemite by fronting the money himself, creating his own distribution networks and learning how to make a movie on the job.

His dogged self-belief and independence would become a model for future rappers to create their own lanes as opposed to ceding creative control. Early in Too $hort’s career, for example, he sold cassette tapes out of the trunk of his car, formed his own label and forged an alter ego built on unshakeable confidence. He would eventually become a leader of the West Coast sound and a massive seller in the 1990s and 2000s. “He passed on that entrepreneurial spirit where we don’t have to ask for it, we just do it ourselves,” Too $hort says of Moore. “In my early days, he was definitely as influential as any rapper.”

Around the same time, the Miami DJ Luther “Uncle Luke” Campbell was hoping to ascend in a city that had little hip-hop legacy. Rather than sign to a label, Campbell was inspired by Moore to go it himself and start Luke Records, one of the very first hip-hop labels in the South. “You watched a Rudy Ray Moore movie and saw he produced it, directed it, marketed his music and did everything else,” Campbell tells TIME. “He always inspired me to say, “Okay, if Rudy Ray Moore can do it, I can do it.”

As the leader of 2 Live Crew, Campbell furthered Moore’s legacy through his unhinged bawdiness. 2 Live Crew’s records contained graphic depictions of sex — and many samples of Moore’s voice —and found a massive audience for a level of obscenity that record labels would have thought unthinkable. 2 Live Crew also proved startlingly important to the future of hip-hop through their involvement in two legal cases related to free speech. In 1990, Luke and other group members were arrested for obscenity charges, but they were eventually acquitted and the charges were overturned on the grounds of free speech. The same year, the group was sued for its interpolation of Roy Orbison’s “Oh, Pretty Woman,” with the case going all the way to the Supreme Court. In 1994, the court ruled in favor of 2 Live Crew and set the standard for protecting works of parody.

“If it weren’t for Rudy Ray Moore, we would have never done those songs,” Campbell says. “He has just as much credit for our career and our success as us doing the music.”

While Moore played many characters, none had an impact as monumental as Dolemite. From The Mack to Superfly to Willie Dynamite, Dolemite arrived amidst a ’70s renaissance of fictional black pimps who would set a template for countless hip-hop stars. “I loved the pimp persona,” Too $hort says. “He would kick your ass, and he was about the money. Then he would stop on the street and start rapping to the homies. It’s like, this guy is the ultimate guy.”

In an era directly following the Watts riots, the Vietnam War and widespread urban rot, the pimp became a mythological figure; a larger-than-life, self-made renegade trying to claim autonomy in an unjust world. “If the leader of this country is stealing and getting away clean, what the hell are we supposed to do?” one character says in Dolemite, referring to Richard Nixon. Embracing pimp narratives wasn’t just about escapism, but a rebellion against traditional modes of American success.

So many rappers — from Snoop Dogg to Ice-T to Big Boi — adopted the persona, wearing colorful, flashy clothing and wide-brimmed hats. Their demeanor dripped with laidback aplomb. “I studied The Mack and Rudy Ray Moore / They were my idols when I was a kid,” Big Boi rapped on Outkast’s 1994 debut album, Southernplayalisticadillacmuzik. There was Jay-Z’s “Big Pimpin’,” 50 Cent’s “P.I.M.P”, and even this year, Megan Thee Stallion’s “Pimpin’,” which flips gender dynamics on their head in its celebration of sex and power.

And Dolemite, the archetype for many of these boasts, would be name-dropped over and over throughout the years by countless stars, both an inside joke and an homage. Snoop Dogg, the Wu-Tang Clan, Eazy-E, the Beastie Boys, Lupe Fiasco and A$AP Rocky have all slipped his name in verses, while Moore’s crackling voice has been sampled by Big Sean, Dr. Dre and A Tribe Called Quest.

Several rappers even went one step further and brought Moore into the studio with them, using him as a torchbearer and literalizing the lineage between them. On the intro to Busta Rhymes’ 2001 album Genesis, Moore implores Busta to “continue to give it to ‘em raw.” On Method Man’s Tical, Moore asserts he “taught the boy everything he know.” Moore also appears as Dolemite in Eric B and Rakim’s 1990 music video for “In the Ghetto.”

That same year, Big Daddy Kane — one of the biggest rappers at the time — staged a rap battle between him and a 63-year-old Moore on record. On “Big Daddy vs. Dolemite,” the two engaged in a vulgar game of one-upmanship before Kane conceded defeat. “He was doing the body shaking and everything,” Kane remembers about that day. “He went straight into character.”

Kane has a long history of engaging with Moore’s work: after watching The Human Tornado on repeat on his tour bus, he sampled a beat for his 1989 song “Children R The Future” by hooking up the VHS tape straight into his recording equipment. And one of Moore’s quips, “Put your weight on it!,” became the basis of Kane’s 1990 song with the same name. “He was that raw comedian that stayed raw,” Kane said. “He was someone I respected and looked at as an icon.”

Kane stayed in touch with Moore through the last decade of his life and says that despite all of the respect Moore received from the hip-hop community, he “died bitter.” “He died feeling like, ‘Y’all gives props to Richard Pryor, Eddie Murphy, Redd Foxx, and they all used to come see me,’” Kane explains.

“To have someone make a movie about him — especially a comedic genius like Eddie Murphy — I know he would be real happy.” 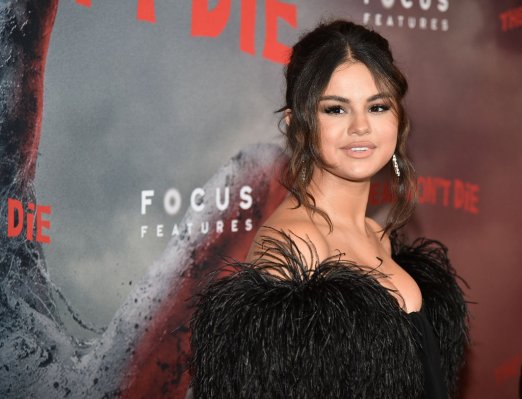