Sam Darnold of the New York Jets attempts a pass against the New England Patriots during the second half at MetLife Stadium in East Rutherford, New Jersey on October 21, 2019.
Steven Ryan—;Getty Images
By Megan McCluskey

In the midst of a true NFL career low, a sidelined Darnold admitted that he was “seeing ghosts” while mic’d up for the ESPN broadcast of the prime time game. Darnold went 11 of 32 for just 86 yards against the Patriots. He also threw four interceptions and gave up a fumble.

When asked to clarify his comment at the postgame press conference, Darnold explained that he was just trying to express what was going wrong to the Jets coaches.

“I think for me, when I talk to the coaches, I just gotta be straight up,” he said. “For me, I just gotta see the field a lot better. That’s kinda what that means. It was a rough day out there, a rough night out there. Obviously, I got to get better and learn from the mistakes. But we will get better.”

But by then, the internet had already latched on to Darnold’s perfect October admission. See some of the reactions to Darnold’s “seeing ghosts” comment below. 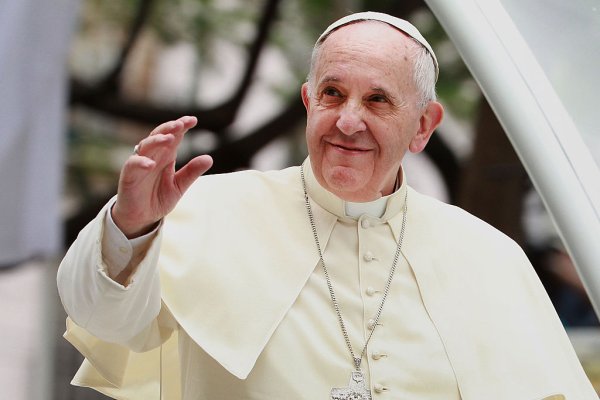 Divine Intervention? Pope Francis May Have Accidentally Blessed the New Orleans Saints With a Victory Thanks to This Accidental Tweet
Next Up: Editor's Pick