Julián Castro’s campaign announced Monday morning that if he doesn’t raise $800,000 by Halloween, the former Secretary of House and Urban Development will be forced to drop out of the Democratic presidential primary, signaling that the campaign may be in its final stretch.

It’s a desperate position for a campaign to be in—particularly one, like Castro’s, that has polled consistently in the low single digits and has so far failed to bag any high-profile endorsements.

While other Democratic campaigns, including Castro’s, have previously deployed similarly dire language in an effort to drum up donor dollars, this time may be different. For Castro, who is at risk of not qualifying for the Democratic debate stage in November, the stakes are high.

“If I can’t raise $800,000 in the next 10 days—I will have no choice but to end my race for President,” Castro said in an email to supporters. “The truth is, for our campaign, these debates have offered our only guaranteed opportunity to share my vision with the American people. If I can’t make the next debate stage, we cannot sustain a campaign that can make it to Iowa in February.”

For the last several weeks, Castro has been trying to raise money to buy ads in Iowa, hoping that new publicity will help him hit the Democratic National Committee’s polling threshold required to qualify for the November 20 debate. According to his campaign, Castro has met the DNC’s donor threshold for November’s debate but has yet to earn 3 percent or higher in four national polls.

According to FEC filings, Castro has $672,000 on hand, a relatively small nut for any candidate hoping to mount a serious presidential bid. In the last fundraising quarter, which ended at the end of September, he raised $3.5 million, putting him significantly behind his competitors. By comparison, Vermont Sen. Bernie Sanders, who is among top polling Democrats, raised more than $25 million.

It’s not the first time Castro’s campaign has told supporters that he will have to drop out of the race. On Sept. 26, his campaign put out a fundraising call suggesting that his campaign would close its doors unless he qualified for the November debate. But in that case, Maya Rupert, Castro’s campaign manager, quickly walked back the rhetoric, calling it “unfortunately hyperbolic writing.” Castro’s national press secretary told TIME in September that there were no plans for Castro to drop out.

“I understand them kind of sounding the alarm, this is an effective tactic,” Colin Strother, a Democratic strategist in Texas, told TIME. But, he added, “I think it’s a little early to start sounding the alarm just yet.”

Castro, the only Latino candidate in a still-crowded primary field, has so far used his candidacy largely to highlight immigration issues. A progressive pacesetter in the race, he has generally performed well at debates, using the platform as an opportunity to attack higher-tier candidates. His most likely path forward may be as a vice-presidential pick for the eventual nominee.

But for now, Rupert is still laser-focused on Castro’s presidential run. “Unfortunately, we do not see a path to victory that doesn’t include making the November debate stage,” she said in a statement on Monday, “and without a significant uptick in our fundraising, we cannot make that debate.” 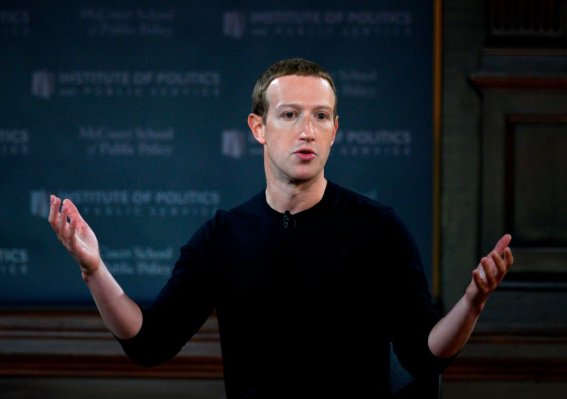 Zuckerberg Privately Advised Buttigieg on Hires
Next Up: Editor's Pick