The trick to staying competitive in the Democratic presidential primary is money—and lots of it.

So it’s at the close of the third fundraising quarter that a couple of middle-tier candidates have showcased a new fundraising strategy: Telling their supporters it’ll be the end of their campaigns if they don’t get the support they need.

Democrats have long been known to ring the alarms in an effort to fill their campaign coffers, but the new strategy of being brutally and shamelessly honest with voters is new.

“There’s a difference between being straightforward and honest with your supporters and essentially bullshitting them. Like the sky is falling down, final notice, we are all doomed language is alarmist,” says Matthew McGregor, a London-based political strategist who worked on the Obama campaign. “If it wasn’t true, it was fantastically well put together, authenticity-like content. But I think it was true. I think they did need that money.”

McGregor argues there is a generational factor at work, with both Booker and Castro on the younger end of the spectrum of candidates running (Booker is 50 and Castro is 45). They’re young enough that they’re closer to digital natives than the frontrunners in the race like former Vice President Joe Biden, Sen. Elizabeth Warren and Sen. Bernie Sanders. Booker, in particular, arrived on the national stage thanks in large part to Twitter.

“This is evidence that politics, especially on the Democratic side and especially among younger candidates, is changing,” McGregor says. “The willingness to be open and transparent is just a feature of how people are online nowadays.”

It all started earlier this month, with Booker’s campaign sending out a memo to supporters from his campaign manager, Addisu Demissie, saying that the campaign set a deadline of raising $1.7 million by the last day of the month, the fundraising deadline for the third quarter. Otherwise, “we do not see a legitimate long-term path forward.” The campaign pitched it as “radical transparency.”

Castro followed suit last week, with a fundraising email that said, “If I don’t make the next debate stage, it will be the end of my campaign.”

Making the debate stage matters because of all of the visibility that comes with it. Both candidates have already qualified for the October debate, but the November debate requires candidates to either poll at 3% or higher in four national polls or 5% or higher in two early state polls—as well as receiving donations from 165,000 unique donors.

Castro’s campaign at least is trying to straddle both transparency and the acknowledgment that his campaign email was just another fundraising call.

“These emails—we’re definitely trying to convey a sense of urgency when we’re fundraising,” Sawyer Hackett, Castro’s national press secretary, tells TIME. “That’s not him saying he’s going to drop out, that’s just conveying the sense of urgency that we get into at the end of this quarter.”

Asked if Castro would drop out if he didn’t make the debate stage, Hackett says the campaign has no plans for him to do that. Hackett also says this had been the campaign’s most successful fundraising quarter yet.

“I think it’s a fundraising technique that can be a successful one. People are paying more attention to the process more so than you would expect them to,” says Jared Leopold, who served as an aide to Gov. Jay Inslee’s campaign. (Inslee dropped out of the race in August.)

“To me this is about trying to engage donors in the process, and one of the things we’ve seen this cycle is that people are hypervigilant about politics, to the point where they’re actually paying attention to the little insider stuff that used to be [the subject of] conference calls.”

Booker and Castro’s messaging has raised eyebrows among candidates in the field, with Beto O’Rourke sending out an email that taunted them: “Maybe I could do a Facebook live stream with a kitten in hand and say, ‘You know, we wouldn’t want anything to happen to this kitten now would we… Send your $5 now and Miss Whiskers will be fine.’”

South Bend, Ind. Mayor Pete Buttigieg, a leading fundraiser, also made an apparent nod to them in one of his campaign emails, albeit more subtly: “No alarm bells. No falling sky. Just the truth.”

To hear Booker’s camp tell it, this is absolutely not just a gimmick, just unprecedented honesty. Whatever it is, it’s apparently working: The campaign announced that it reached the goal on Sunday night.

“If it was a tactic, more like a gimmick, I think you would see it more in the emails,” said a Booker aide. “I just really can’t overstress how much of a real leap of faith this was. … We did not know how this was going to play. So like, it could have been successful, it could not have been.”

The aide noted that typically campaign memos are written to show you’re in a “position of strength.”

This change in approach also comes in the wake of the Donald Trump-Ukraine scandal that has led to a formal impeachment inquiry of the President; it has become the dominating subject of the news cycle. For candidates who are not in the top tier—Biden, Warren and Sanders, give or take a couple of the other candidates—it could become increasingly difficult to break out. 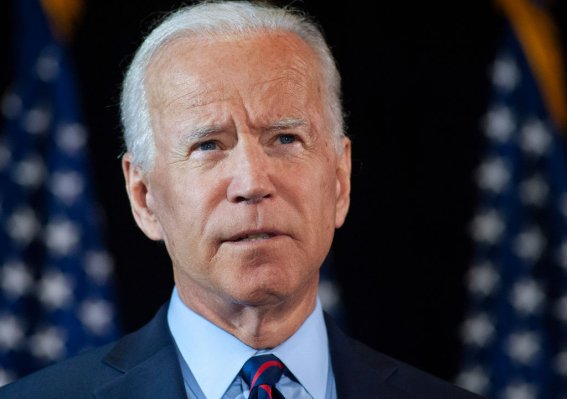 Joe Biden Is in the Headlines Over Trump’s Ukraine Call. He’s Trying to Leverage That
Next Up: Editor's Pick