Parmesan cheese is on the list of E.U. products slapped with a 25% tariff on Friday
Westend61—Getty Images/Westend61
By Billy Perrigo

Scotch whisky, French wine and Italian cheeses are about to become much more expensive, after President Donald Trump imposed some $7.5 billion worth of tariffs on E.U. goods.

The new tariffs of 25% came into force at just past midnight on Friday, the latest salvo in Trump’s trade wars around the globe. They add to tariffs of 25% on steel and 10% on aluminum imports from the E.U. in place since 2018.

The U.S. is the E.U.’s biggest export market for food and drink, with 16% of all exports flowing there.

The E.U. responded by saying it would impose its own tariffs “in due course” on the U.S. airplane manufacturer Boeing.

Here are some products targeted by the new tariffs

The list of products released by the U.S. Trade Representative runs to 20 pages, and includes very specific descriptions of products targeted. Here is a generalized list of some of them. All tariffs are 25% and apply to the whole E.U. except where otherwise specified:

The U.K. is scheduled to leave the E.U. on Oct. 31, but because each country is named individually in the Trade Representative’s notice, the tariffs will continue to apply.

Why did Trump impose the tariffs?

The new tariffs stem from a 15-year-old case that concluded earlier this month when the World Trade Organization ruled that the U.S. could attempt to recoup damages of $7.5 billion stemming from what it called unfair state subsidies given to airplane manufacturer Airbus by the E.U.

“Imposing tariffs on each other serves nobody’s long term interest,” the E.U. trade commissioner Cecilia Malmström said in a statement announcing retaliatory tariffs. She called for the U.S. and the E.U. to sit down and negotiate a “balanced and compliant” settlement.

The tariffs hit only a small fraction of the total trade between the U.S. and the E.U.; the total value of E.U. goods imported by the U.S. last year was $688 billion.

But they’re just the latest in an escalation of transatlantic tit-for-tat taxes. After Trump imposed the tariffs on steel and aluminum in 2018, the E.U. laid down a 25% tariff on some U.S. exports including bourbon whiskey.

On Friday, a group of 15 spirits associations from the U.S. and E.U. called for an immediate end to all the current tariffs, saying they could cost as many as 8,000 jobs in the U.S. alcohol sector. “Since the E.U.’s imposition of tariffs, American Whiskey exports to the EU have decreased nearly 21%,” they said in a statement. “Our industries are collateral damage in trade disputes that have nothing to do with the beverage alcohol sector.” 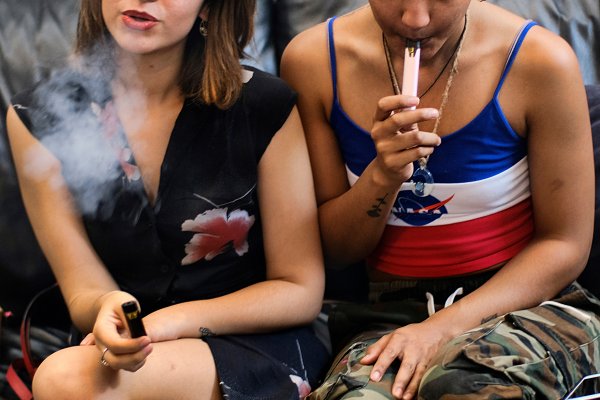