The consequences of the Trump administration’s steel and aluminum tariffs are already being felt across global markets. But the makers of one iconic American product say they stand to suffer more than most: bourbon whiskey distillers.

The European Union said yesterday that it would impose tariffs on U.S. imports in retaliation for new duties of 25 percent on steel and 10 percent on aluminium coming from the E.U., Mexico and Canada. These key allies had initially been exempt from the tariffs, which were applied to other countries in March.

Bourbon whiskey is among the U.S. exports on the E.U.’s list of potential targets for retaliatory tariffs, alongside Harley-Davidson motorcycles and Levi’s jeans. Distillers and whiskey sellers told TIME the threat of retaliation had already had an impact. “Even before these tariffs are in place, I’m losing business,” says Stephen Gould, founder of the Colorado-based Golden Moon Distillery, which sells bourbon to several countries in the E.U. “I’ve already had customers in Europe that have stopped ordering because they’re concerned.”

“I’m having to do damage control with partners in Italy and the U.K. I’m going to have to take a cut on my profits, because the people on the other side won’t take the hit. If it’s more expensive to get American bourbon or rye they’ll just go for other products.”

The stock markets reacted badly to the U.S. and E.U.’s announcements, with the Dow Jones industrial average falling 252 points, or 1%, as investors sold off shares in manufacturers and businesses that could be affected. “What the president thinks is helping American business is actually hurting them,” says Gould, who spent years directing Ford’s Asia-Pacific supply chain before opening his distillery. “It’s very frustrating.”

Europeans have developed quite a taste for American whiskeys in recent years. Sales to the E.U. account for almost half of all U.S. spirit exports and 85% of these are American whiskey, according to the American Craft Spirits Association.

In the U.K., the European country that imports the most bourbon, sales of American whiskey increased by 8% in 2017 and were projected to grow 26% over the next five years. “The new tariffs will hit bourbon’s prime attraction in the U.K, which is affordability,” says Jolyn Dunn, of Milroy’s Whisky Shop in central London. “There’s already a disparity between U.S. and U.K. pricing. In the U.S. you can still pick up a bottle of bourbon for around $11 and that’s already double over here. So increasing the price more will be very risky.”

Bourbon-led cocktails have become a staple in British bars in the last few years, according to Dunn. “The Old Fashioned has become one of those standard drinks you order at a cocktail bar,” he says. “Now you won’t be able to make a profit using that spirit in drinks. That’s a problem for all the consumers that have developed a taste for the product over the last couple of years.”

What is bad news for consumers is worse news for distillers in the U.S. says Margie Lehrman, executive director of the American Craft Spirits Association — especially small and medium-sized businesses. “The EU is a very important market for craft producers who have really boomed in recent years, creating 20,000 new jobs,” she says. “The President should consider the impact not only on the companies but also on the communities that they’re working in. These distilleries have often brought life and even tourism to run-down parts of towns, that previously people just didn’t go to.”

Lehrman also questions the sincerity of Trump’s “America First” rhetoric. “It’s a shame whiskey has been caught up in this because if you go back to the roots of our country, with George Washington having a distillery at Mount Vernon, it’s really American heritage that’s being attacked here,” she says. “We urge the E.U. and the U.S. to work together to fix this and a stance that is mutually beneficial.”

Gould is not optimistic about that happening. “I’ve discussed the president’s rhetoric with senior people in the U.S. Senate and House of Representatives and the business community,” he says. “Everyone agrees that he’s not going to be muzzled or change his ways. We’re all just along for the ride.” 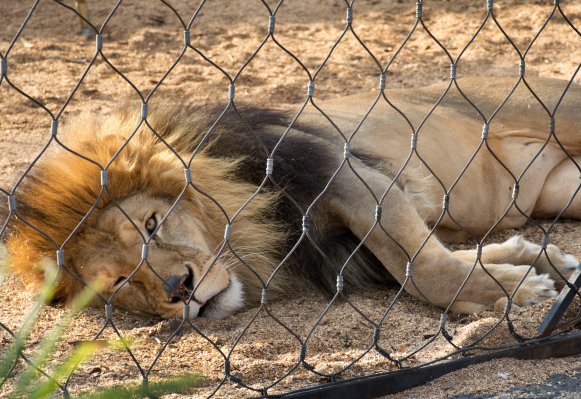 Lions, Tigers and a Jaguar Escaped From a Zoo and Are on the Loose in Germany
Next Up: Editor's Pick